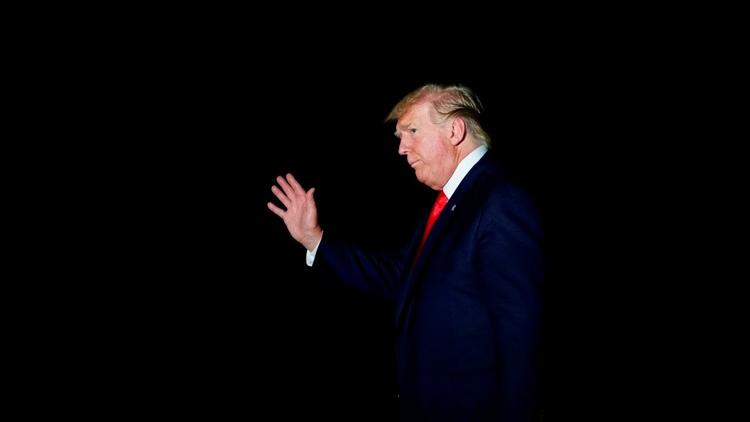 Ann Arbor (Informed Comment) – Former British ambassador to the US Kim Darroch alleged in a diplomatic cable that Trump’s motivation in breaching the 2015 Iran nuclear deal was motivated by nothing more than spite, according to the Daily Mail , which saw the text.

In spring of 2018, then foreign secretary Boris Johnson came to Washington for extensive consultations with Trump and his team, attempting to convince them not to breach the Joint Comprehensive Plan of Action or Iran nuclear deal of 2015.

After Johnson went home empty-handed, Darroch wrote back to London that Trump was “set upon an act of diplomatic vandalism” and was reneging on the agreement mainly for “personality reasons,” that is because he could not stomach that the JCPOA had been Barack Obama’s project

Sir Kim suggested there were splits among the President’s closest advisers and said the White House lacked a ‘day-after’ strategy on what to do following withdrawal from the Joint Comprehensive Plan of Action, as the deal was called.

He wrote in part to try to convince the British government to buck Trump and to remain in the JCPOA, which was signed by Britain, France, Russia, China and (for the European Union) Germany as well as by Mr. Obama.

Darroch resigned after his cables were turned over by someone high in the British government to the right wing journalist Isabel Oakeshott at the Mail (she is romantically involved with a pro-Brexit Member of the European Parliament from the UK). Darroch had been an envoy to the EU and was hated by the Brexiteers who are eager for Britain to leave the European Union.

Scotland Yard has raised the question of whether the Mail’s publication of Darroch’s cables is a crime under the UK’s Official Secrets Act.

While many of us who have observed Trump have come to the same conclusion– that his Iran policy is driven more by a hope of outdoing Obama than of any rational grand strategy, we are not insiders. Darroch had many contacts inside the Trump white house and spoke of their fierce internal divisions. His formal conclusion, conveyed back to the prime minister, is not mere speculation or punditry, but the careful appraisal of a foreign policy insider with specific knowledge of Trump and his people.

Darroch’s conclusion is therefore all the more horrifying.

The 2015 JCPOA was one of the more important non-proliferation victories the world has seen.

It is not unique. Brazil and Argentina gave up their enrichment programs after the return to civilian rule in the 1990s and an unwillingness to shoulder the expense involved and the burdens of negative world public opinion. South Africa gave up its enrichment program after the end of Apartheid, since it mainly had operated as a deterrent to African ruled neighbors not to attempt to intervene against the tiny white minority that ruled South Africa with an iron hand. A democratic South Africa had no such fears. White South Africa’s nuclear program was enabled by the Israeli government, which sees far right wing racially-dominated states as allies because of its own Apartheid policies.

Still, the Iran deal was concluded under circumstances that differed from the three cases just mentioned. There had not been a change of government in Iran. No new system had arisen that had a reason to repudiate the policies of the old. Rather, Iran was convinced that by mothballing 80% of its nuclear enrichment capacity, it would achieve integration into the world economy and could stop playing spoiler as a rejectionist state.

The Iran example is much more relevant to nonproliferation efforts than that of Brazil, Argentina and South Africa, since it showed how a government solidly in control of its country could nevertheless be enticed away from the temptation to proliferate.

By casually annihilating that achievement and putting the US on a war footing with Iran for no other reason than personal spite, Trump has made the world a thousand times less safe and has spoiled opportunities to achieve an Iran-type deal with, e.g. North Korea. Whatever Kim Jong-un says, he knows that Trump cannot be trusted and that therefore the US government cannot be trusted, to uphold its part of any nuclear bargain.

Trump has made a future nuclear war several times more likely than it was before he took office.

For what? To stick it to Obama?