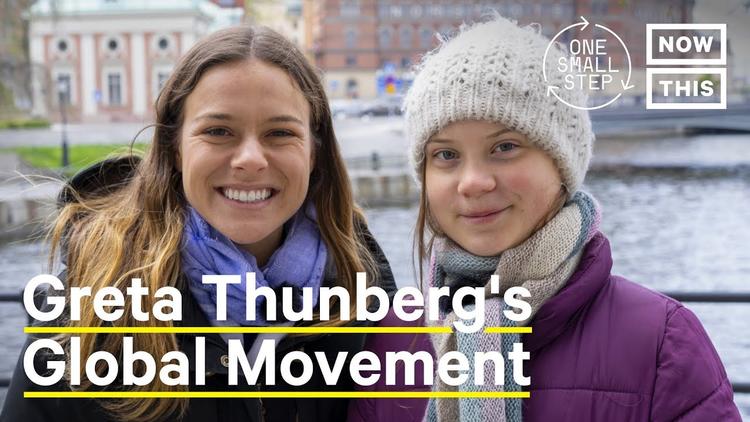 The global movement fighting climate breakdown has made some promising advances recently, chiefly thanks to Greta Thunberg and the other admirable school climate strikers. The British, Irish, French and Canadian parliaments have declared a climate emergency. In the European Parliament elections, Green parties and other allies got about 14% of the vote. A twenty-six nation 2018 survey found that of a list of major public concerns, climate change has the most people rating it a “major threat.”

However we can’t assume that climate action will continue to be a public priority. In a large poll undertaken in early 2019 in 14 EU nations, climate change was rated only the fifth greatest threat, substantially below “Islamic radicals,” “immigration” and “the economy.” Australia’s Labour Party unexpectedly lost the recent “climate election,” despite nearly three in ten Australians considering that the environment was the number one issue.

Merely getting more publicity is not enough to make sufficient progress. The celebrity-backed Mothers Rise Up climate march on May 12 2019 got substantial advance publicity. However even the sympathetic Guardian did not consider it significant enough to do more than include a small photo towards the back of the paper. So what can we do to attract greater support and show that we have the ability to push decision makers effectively?

First of all, substantial research shows that we need to arouse anger, empathy, and hope in order to counter fatalism. Anger is an action-oriented emotion, and it can be sustained constructively provided that people can focus their anger on tackling the problem at source, and feel confident that it will be offset by positive progress. So our communications need to reflect this finding and also arouse empathy at the plight of extreme weather victims, which research shows boosts support for the cause.

We must emphasise the need for urgent action, and show concisely how the situation can be improved. A slogan such as Clean Energy, Safe Climate, or Safe Climate for our Kids could play an important role here by conveying that solutions exist, while reminding people that the alternative is a catastrophic change in the climate which will harm people like them. Researchers emphasise that “one unified message repeated over and over is stronger than many disconnected messages.”

Secondly, it’s important that we choose tactics which maximise support from the allies we need from all shades of opinion. Former Conservative chief whip Andrew Mitchell, for example (a supporter of Boris Johnson) recently spoke enthusiastically in favour of large emissions cuts. Former Conservative leader Michael Howard supported the call of the Committee on Climate Change for net zero emissions by 2050. William Hague has commended David Attenborough’s call for urgent climate action.

We need to remember that

In September there will be a week of action initiated by the school climate strikers, starting with a strike that also includes adults on September 20. Unfortunately there’s a risk that strikes for adults will mobilise mostly existing adult supporters but few newcomers. Many workers will be sceptical about losing essential money for a strike whose impact they expect to be limited. Creating a successful strike is so difficult that Jonathan Neale, who has helped organize many strikes, wrote a long article recently in the Ecologist explaining the long process of preparation recommended, emphasising that “everyone is frightened at work, with reason.”

Naming the September 20 action as a climate strike for adults, in addition to children and young people, also means it may be perceived by some as a left-wing activity, enabling sceptics and opponents to portray the climate cause as controversial and the preserve of a fringe minority. If the only big-name supporters of the strike are leftists or climate activists, this could reinforce its peripheral place in society.

Many campaigners have cited the research of Erica Chenoweth which shows that no campaign has failed once it has the sustained participation of 3.5% of the population. This will be much harder to achieve if the climate movement is perceived as the property of one part of the political spectrum, or is only engaged in actions which – to some at least – appear irresponsible and uncaring by withdrawing peoples’ labour from important tasks. But if we can show them that are many other convincing ways in which they can help, they will be more likely to join campaigns. And that brings me to my third set of points – which decision-makers can be moved?

Campaigns to get action by governments need to take into account the deep and widespread cynicism that currently exists about politicians. Less than a quarter of Europeans, for example, believe that “the political system in my country allows people like me to have an influence on politics.” In June 2019, Roger Hallam of Extinction Rebellion foresaw that legally non-binding recommendations from a citizens’ assembly “will…get ignored” by government, just “like people have been ignored for the last 30 years.” Caroline Lucas recently condemned governments’ “grotesque abdication of responsibility” on climate breakdown, while Bill McKibben, the founder of 350.org, has said that “the politicians are continually failing us.”

There are numerous examples of governments’ woeful failure to tackle climate breakdown. The European Union recently failed to agree to cut emissions to net zero by 2050, while its member states’ national energy and climate plans collectively fall short of its 2030 targets. The World Bank is loaning three times more for fossil fuels than for renewables. Even politicians like Emmanuel Macron, who speak as if they want to prioritise climate breakdown, aren’t giving it anything like the urgency required. The head of Greenpeace France recently said that “The ecological transition is still not a priority, despite the fact that it was supposed to be one of four pillars of [Macron’s] great national debate.”

Therefore, alongside campaigns focused on governments it is important to push big business to cut emissions too. Needing to survive in a competitive market, businesses are ready to react promptly to threats to their profits. The key businesses to target are the world’s top banks, which invested $1.9 trillion in fossil fuels between 2016 and 2018. This dwarfs the amount the EU invests in renewable energy, which only slightly exceeds what it spends on fossil fuel subsidies.

Banks are increasingly worrying about climate risk. Unlike oil companies whose business depends entirely on fossil fuels, banks can readily switch their investments in pursuit of a more reliable profit, and to protect their brand. Alexandria Ocasio-Cortez has highlighted their vulnerability to public pressure. A recent report emphasised banks’ need “to defend market share against an increasing array of competitors,” and to place “the consumer…front and center.”

Therefore a campaign targeting banks would probably achieve some of the early wins we need to sustain morale and gain vital additional supporters. This should be part of a repeated process of choosing achievable and substantial targets. Campaigns have had many successes in getting banks to cut their investments in dirty energy, including BNP Paribas’s recent commitments not to fund major coal producers or high carbon electricity generators, and significant restrictions on coal funding agreed by Crédit Agricole.

It is also crucial that we combine with campaigners from key nations to target other major polluters, countering the argument that campaigns in smaller nations ignore the misdeeds of certain larger ones. One vital target in this regard is deforestation. New research shows that additional trees could remove two-thirds of CO2 from the atmosphere. In a recent 25 nation European poll, nine out of ten Europeans said they cared deeply about forests and agreed that “deforestation is harmful for people and wildlife.”

We need to identify radical new methods to combat this problem, which has frustrated campaigners for decades. As tropical forests are perceived as precious by such a large proportion of people, we can be confident that an assertive international campaign could get massive support provided it was run or backed by respected high-profile organisations and individuals. It might involve campaigning for funding to help lower-income nations, conditional on forest preservation. It could also include a campaign to name and shame major companies whose products are suspected of causing deforestation, and banks financing those companies. Failing to make progress on forest preservation could cause a serious loss of campaign morale when future bad climate news emerges.

The rapid emergence of large-scale school climate strikes shows how well understood the issue now is. But this level of energy and participation will be sustained only if we achieve some real emissions-cutting victories quite soon. Therefore it is vital that we concentrate our attacks on a few selected and susceptible decision-makers, draw in the widest possible range of allies, and arouse as much anger, empathy and hope as we can muster.

Tim Root (tim@timroot.net) is a local group co-ordinator for Friends of the Earth in London, UK. Tim’s work on climate campaigns has previously been published by the Ecologist, Left Foot Forward, Open Democracy, and other magazines. He is author of Love, Empowerment and Social Justice: Personal Relationships and Citizen Action (Open Gate Press, 2005), which has a preface by Oliver James.

Now This Future: “How Greta Thunberg Ignited Climate Strikes Around the World | One Small Step | NowThis”