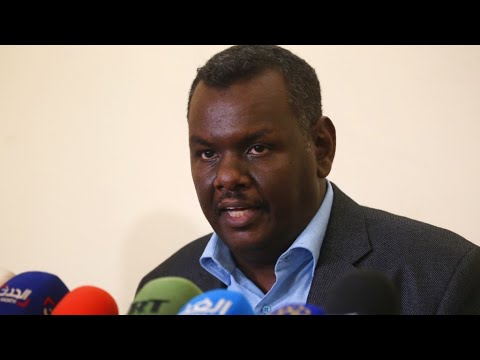 According to well-informed sources, on the night of 22 February this year, as the invited guests in Sudan’s presidential palace gardens and television crews waited for the President to arrive and address the nation, the country’s former head of intelligence was also waiting. Enraged by President Omar Al-Bashir’s words, Major General Salah Abdallah, also known as Salah Gosh, made the snap decision to do everything in his power to depose him.

Just hours before, Abdallah had agreed with the President on the three points that he would later make in his own statement to the foreign media prior to Al-Bashir’s speech: The President would step down as head of the ruling National Congress Party; he would become a national figure independent of political parties; and he would not seek re-election next year.

Abdallah’s agreement with President Al-Bashir followed weeks of protests and civil unrest calling for the end of his 30-year rule. On the night of 22 February, the political pressure within the corridors of power as well as the tension on the streets made the agreed statement the most prudent course of action. However, as Al-Bashir walked out with the aid of his customary walking stick, the atmosphere had changed. He had arrived some six hours late. The delay only increased the anticipation and tension, but when Salah Abdallah asked quietly about the delay and the outcome of the leadership meeting, sources say that, “His impatience turned to seething rage.”

It transpired that Al-Bashir had been persuaded by the leadership of the National Congress, his close family and, indeed, some elements in the Army, neither to step down as leader, nor to declare himself a national figure and, crucially, not to announce that he would not be seeking re-election in 2020. The reaction to his speech was almost universal condemnation across Sudan and in the Sudanese diaspora. According to Sudanese journalist and activist Faisal Mohammed Salih, this was “one of the worst” speeches ever heard in Sudan. “I was appearing on satellite on Sky News Arabia,” he explained, “and seconds after the speech ended that is how I described it.”

The following morning, Abdallah put the wheels in motion to unseat the President. He gave strict orders to the security services not to intervene to stop the demonstrations from going ahead, despite the announcement of a state of emergency preventing movement after midnight and prohibiting gatherings in public places. Days after Al-Bashir’s announcement, public marches and protests intensified.

Sudanese demonstrators gather to protest demanding a civilian transition government in front of military headquarters outside the army headquarters in Khartoum, Sudan on 3 May 2019 [Mahmoud Hjaj/Anadolu Agency]

Abdallah then contacted his trusted confidante, Mohammed Hamdan Dalagu of the Rapid Support Forces [the former Janjaweed militias] and now Deputy President of the Transitional Military Council, as well as Taha Hussein, a Sudanese-Saudi national dismissed by Al-Bashir for siding with the Saudis against Qatar during the Gulf crisis. Hussein maintained close links with the United Arab Emirates, where the government was kept informed of Abdallah’s master plan every step of the way. The intelligence chief then met secretly with Sudanese army officers to galvanise support for the takeover.

According to the source, who spoke directly to Abdallah, he was fully aware of the level of discontent among high ranking officers. Having sought agreement to his plan he then cleared the way for protesters to change the direction of their marches towards the Army Headquarters rather than towards the palace.

All attempts to gather on the area in front of the palace had previously been repelled with great force by the security forces, but on the 6 April anniversary of the coup against former President Gaafar Numeri the crowds swelled to hundreds of thousands.

It is unclear whether or not President Al-Bashir was made aware of the full extent of the protests. However, Salah Abdallah deployed up to 15,000 security personnel among the protesters to agitate and support the protest against the President. “As ordered, I spent three nights outside the Army Headquarters calling for the fall of Al-Bashir,” said security officer Badderdeen, who doubles as a taxi driver during the day. “I only moved when I got word that the Rapid Support Forces had been given orders to break up the protests and I knew there would be bloodshed.” Indeed, Al-Bashir had ordered the streets to be cleared but Dalagu told audiences weeks later of his refusal to follow the order to kill innocent people. “In the end, Dalagu is part of the revolution,” Badderdeen added. “If it was not for him this revolution could never have happened.”

On the morning of 11 April, the fifteen bodyguards accompanying President Al-Bashir to the dawn prayer were surrounded by 90 soldiers who encircled the small mosque in Hai Al-Matar. At the end of the prayer, Al-Bashir was surrounded as he stood in the first row to the left of the Imam. Salah Abdallah’s preparations had finally paid off. Al-Bashir was led away without a struggle to the guest room of his home adjoining the Army headquarters. Eventually, he was transferred to Kober Federal Prison, along with dozens of prominent members of the ruling National Congress Party who had been arrested simultaneously that morning, where he was to be held in isolation.

The Transitional Military Council then set about the task of camouflaging its coup d’état with the euphoria of revolutionary sentiment but woefully misjudged the demands of the Sudanese people. The coup may have been successful as far as the military was concerned, but in the minds of the protesters, the revolution was never just about removing Omar Al-Bashir. His 30 years in power not only represented the worst excesses of corruption, oppression and mismanagement, but more than anything he also represented the illegitimacy of the military’s unwelcome role in politics since Sudan’s independence in 1956. Sudan’s “revolution” was a military coup in disguise; the struggle for civilian rule continues.