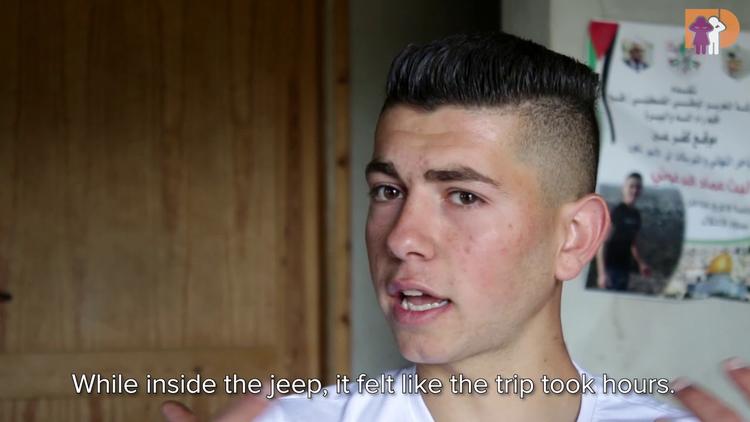 The Israeli occupation authorities have transformed the images of joy, play and education that should be the norm for Palestinian children into a shocking number of violations committed by the army against them in the West Bank and Gaza Strip. Around 1.3 million Palestinian children in the West Bank are affected daily by Israel’s policy of arrest and detention, as well as attacks by gunfire, beatings and illegal settlers. Another 1 million children in Gaza are considered to be the most affected by the restrictions imposed by the occupation. This includes the siege, aggression and multiple military offensives. Children under the age of 15 make up 42 per cent of the entire population in the Gaza Strip; Israel has basically assassinated their childhood.

The Palestinian prisoner issue, including hunger strikes, has been significant for the Palestinian cause since 1967, affecting a large number of people across the West Bank and Gaza Strip. This issue remains connected to the ever-expanding colonisation by Israel as its occupation encroaches on the Palestinian territories by force of arms and state terrorism.

The significance of the prisoners is obvious from the facts and figures. The Israeli army has arrested at least 800,000 Palestinians since 1967 in the West Bank and the Gaza Strip. There are currently 7,000 Palestinian prisoners in Israeli prisons, including 70 women and more than 400 children. The occupation authorities hold Palestinians in 22 prisons and detention centres, where 95 per cent of them have been subjected to torture and degrading treatment. Interrogations include torture from the time of arrest. It is common for prisoners to be stripped and handcuffed, and forced to stand outside in freezing temperatures. Families are rarely allowed to visit them, even child prisoners.

Several reports and studies have been published in recent years which expose Israel’s acts against Palestinian children. UNICEF reports in particular have confirmed that the Palestinian children detained by Israel — 250 children under the age of 17 this year already — are abused systematically in a manner that violates international law. This includes the use of blindfolds and plastic cable handcuffs, as well as physical and verbal abuse during the journey to interrogation centres. According to UNICEF, an average of 700 children between the ages 12 and 17, mostly males, are arrested, interrogated and detained by the Israeli army, police and security agencies in the occupied West Bank every year.

The UN body also confirmed that it has documented some examples of Israel’s actions that can be classified as inhumane under the United Nations Convention on the Rights of the Child (UNCRC). According to the UNICEF report, the mistreatment of Palestinian youth usually begins at the time of arrest, which often happens in the middle of the night and is carried out by armed soldiers; mistreatment continues throughout the trials and sentencing procedures.

The report also confirmed that the Palestinians, who are usually detained for throwing stones, are often forced to confess. Moreover, they are not allowed to call a lawyer or their family during their interrogation. Most of the children confess at the end of the interrogation and sign papers written in Hebrew, a language which they do not understand.

Children may be, and are, held in solitary confinement for periods ranging from two days to one month before they are taken to court and sometimes even after they are sentenced. During sentencing, the children are handcuffed and have their feet shackled. The main evidence against them are the “confessions”, most of which are extracted under duress. Minors under the age of 13 are often sentenced to prison for up to six months, while those who are 14 and over may get 10 years in prison for throwing stones; this can even be up to 20 years if the target is a moving car.

Is it possible to prosecute the occupation state and Israeli war criminals through the international justice system? Following the accession of Palestine to the International Criminal Court, Palestinians can in theory prosecute Israeli officials and the State of Israel for committing crimes against humanity and war crimes. If this happened, it would strip Israel of any legal cover for its treatment of prisoners and put it in direct confrontation with the international community.

Moreover, accession to the ICC opens the door to requests for legal rulings and engagement with Israel through the legal process, with a focus on child prisoners. It will also allow for suits to be filed in the national courts in countries with universal jurisdiction legislation. Israeli policies regarding prisoners reinforce this approach, as they include administrative detention — with neither charge nor trial — and transferring Palestinian prisoners from the occupied territories to Israeli prisons. This alone is unlawful and a violation of the most basic international law.

The issue of Palestinian prisoners can thus be internationalised, especially the plight of children held by the Israelis. We can benefit from Palestinian and Arab specialists in international law to achieve this, as well as those supporting the rights of the Palestinians around the world.

Defence for Children Palestine “A child under administrative detention”