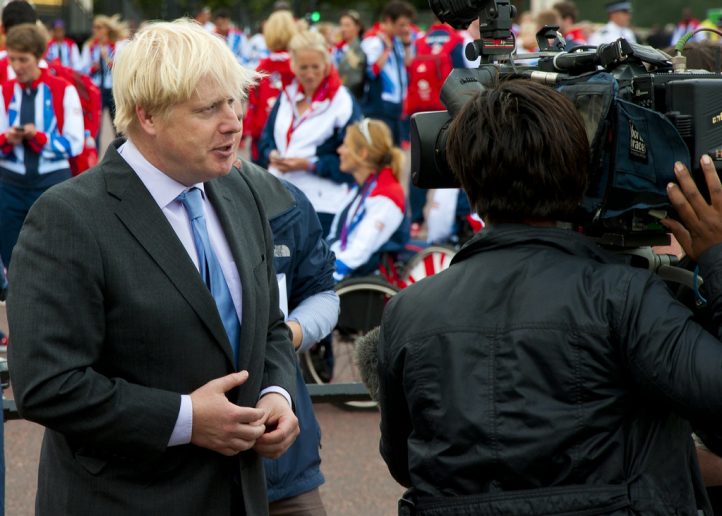 (Foreign Policy in Focus ) – As hard Brexiteer Boris Johnson takes over, Labour is finally coming down on the side of Remain. Will it be too late?

All eyes are focused these days on Boris Johnson, the new prime minister of the United Kingdom.

But that’s not the most important news this month out of Britain.

The Labour Party has finally come around to opposing the country’s exit from the European Union, though it’s possibly a case of “too little, too late.” The party failed to get its act together before the European Parliament elections in May and was thus unable to offer a clear alternative to Nigel Farage’s Brexit Party, which ultimately received the most British votes.

Nevertheless, the battle lines are now clearly drawn. Just last month, the country was led by Theresa May, who initially supported Remain but who dutifully pushed through her party’s commitment to Leave. At the helm of the main opposition Labour Party, meanwhile, is Jeremy Corbyn, whose dislike of the European Union’s neoliberal elements ensured that Labour was incapable of taking a clear position. With such half-hearted leadership, no wonder the country has been making a mess of things after the Brexit referendum.

But now, the chest-thumping Brexiteer Boris Johnson will take Britain’s helm. And Labour has moved more firmly into the Remain camp. Let the battle begin.

Britain’s Labour Party is in difficult straits. It’s not just the party’s incoherent position on Brexit. Charges of anti-Semitism within the party have led to a number of MPs leaving the party and an investigation by the independent Equality and Human Rights Commission. Fully one-third of British voters think that Labour is anti-Semitic. In this year’s European Parliament election, Labour lost half its seats. The party has seen its popularity drop from 42 percent in July 2017 to 27 percent two years later.

But given how unpopular the Conservative Party has been, even 27 percent puts Labour close to the top of the polls. There is, however, competition from another quarter. The Liberal Democrats have just chosen a new party leader, Jo Swinson, who offers a full-throated rejection of Brexit and an equally unequivocal condemnation of Boris Johnson: “He has shown time and time again that he isn’t fit to be prime minister. Boris Johnson has only ever cared about Boris Johnson.”

An insurgent movement within Labour has attempted to right the ship and stave off the challenge from the Liberal Democrats. A new group of radical and socialist Labour MPs called “Love Socialism, Rebuild Britain, Transform Europe” recognizes the problems of the European Union and acknowledges the pain suffered by so many of Brexit’s supporters. But it argues that Britain should remain in order to join the fight to transform the EU. Last week, the group held a meeting in parliament that included a number of shadow cabinet ministers who endorsed the anti-Brexit agenda and pushed for another referendum on the issue.

Corbyn, meanwhile, has officially shifted to supporting a second referendum, but only after Labour-affiliated trade unions pushed him that direction.

I asked Mary Kaldor, a professor of global governance at the London School of Economics and a long-time campaigner at the European level, if Labour’s shift has come in time to affect the Brexit discussion. Boris Johnson, for instance, has threatened to implement Brexit by the EU’s deadline of October 31 even if he can’t renegotiate a deal to cushion the impact of withdrawal. This “no deal” option terrifies Britons across the political spectrum.

“We’re on a knife edge,” she told me. “The victory of the Brexit Party [in the European Parliament elections] pushed a whole group of society toward this mad ‘no deal’ position. My fear is that a lot of Labour MPs will support the withdrawal agreement because the alternative is no deal. As [Labour MP] Clive Lewis said at the meeting on Monday, ‘We’re in for the fight of our lives.’”

The next official British election is set for 2022. But snap elections could take place if Boris Johnson believes that he can take advantage of Labour’s divisions and Jeremy Corbyn’s declining popularity. It would be an enormously risky move to do so before the Conservatives have delivered on Brexit.

But Boris Johnson, like Donald Trump, is notoriously unpredictable and incautious.

The Tragicomedy of Johnson

It’s often said that anything —a speech, a threat, a jingle — delivered in an upper-class British accent sounds more sophisticated (to American ears at least). Boris Johnson, however, challenges that assertion. He has a long history of sounding absolutely asinine, posh accent notwithstanding.

A one-time journalist, Johnson is a walking, talking embodiment of the Peter Principle: the tendency of a person to rise in a bureaucracy to their level of maximum incompetence. Except that Johnson has been failing forward his entire life.

Johnson was fired from his first job at the Times of London for making up a quote. A normal person would have scrupulously observed the rules of the game thereafter or found a different career. Instead, Johnson doubled down. He found a new employer, the Telegraph, that ate up all the Euroskeptic nonsense he was making up from his new base in Brussels. As one of his former colleagues put it, Johnson wrote “outrageous stories with only the slenderest connection of truth in them.”

As mayor of London, Johnson was entirely out of his depth, wasting huge sums of money on unrealistic projects such as an airport on an artificial island in the Thames. Another time, he bought old German water cannons for riot control that ended up in the scrap heap at a loss of 300,000 pounds. The only reason London continued to function is that Johnson delegated all the actual work to competent underlings.

Later, as foreign secretary, Johnson compiled an even more ignominious record of gaffes and diplomatic blunders. He insulted foreign leaders. He told inappropriate jokes. And he managed to screw up the details of a case involving a British citizen detained in Iran in such a way that she remains in jail there until today.

In fact, the only thing that Boris Johnson has ever succeeded at is Brexit, the campaign he supported from the very beginning. But that’s like identifying the Iraq War as George W. Bush’s signal accomplishment or suggesting that the conviction of the Central Park Five was one of Donald Trump’s great victories.

With Johnson taking over Number 10, government ministers are leaving in droves. Cabinet ministers Philip Hammond and David Gauke have submitted their resignations, as has Foreign Office Minister Alan Duncan. A #NeverJohnson bloc has emerged to mirror the #NeverTrumpers. A polarizing figure, Johnson may well tear apart the Conservative Party over the issue of Brexit.

Or, having reached the pinnacle of his incompetence, Boris Johnson could bring the entire country down with him in one final fail. Then with a shrug and a smirk, he’d go back to writing ridiculous articles and saying outrageous things. It would be high comedy on the order of Monty Python — if it weren’t all so damn tragic.