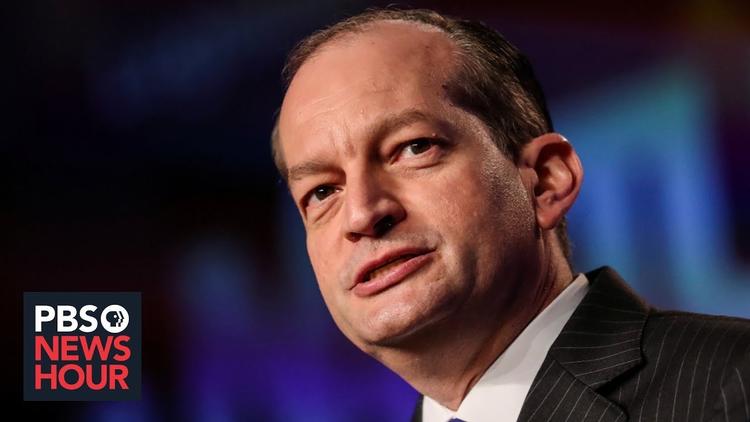 Ann Arbor (Informed Comment) – The resignation of Trump’s Labor secretary, Alex Acosta, is only the most recent in a string of such scandals for Trump. In fact, what with all the things Trump himself has done plus those around him, his is surely the most scandal-ridden presidency in history. Let us just review the record, because it gets hard to remember them all after a while.

1. Secretary of Labor Alex Acosta resigned because when he was a South Florida federal prosecutor, he gave accused pedophile and Trump party-buddy Jeffrey Epstein an incredibly soft plea deal in 2008. Also a scandal: he was no friend of labor.

2. Scott Pruitt is former secretary of the EPA (which in the age of Trump does not stand for Environmental Protection Agency but for Environmental Protection Abolition). He accepted a $50 a night sweet condo deal from an oil and gas lobbyist for his pied-a-terre when he was occasionally in DC, and charged taxpayers $4.8 million for his security detail and made it a point always to fly first class on the taxpayer dime, amid other financial irregularities too numerous to mention. Oh, and the real scandal was that he destroyed the environment, including allowing the pesticide chlorpyrifos, even small amounts of which can damage babies’ brains.

3. Former Interior Secretary Ryan Zinke is under scrutiny for a Montana land deal and fully 17 other possibly illegal activities while in office. Oh, and he also helped destroy the environment.

4. Nominee to be secretary of defense, Patrick Shanahan, withdrew over a 2010 domestic abuse investigation launched by the FBI. But the real scandal was that Shanahan had been a career high executive of Boeing and so would have been running the US government agency that buys all those shiny weapons Boeing produces.

5. Not a cabinet secretary, but former National Security Adviser Michael Flynn had to resign over repeated calls before Trump was sworn in to the Russian ambassador to the US, Sergey Kislyak, which he lied about. But Flynn’s security company also developed a harebrained scheme to kidnap Turkish religious figure Fethullah Gulen, who was granted asylum in the US in 1998, and render him back to Turkey. Flynn may also have been an agent of Turkish influence in Ankara’s attempt to help elect Trump and defeat Hillary Clinton.

There is so much more, I just have to go to bed sometime and this subject of Trump administration scandals is fit for a multi-volume book set, not a little blog entry.

And we haven’t even gotten into Trump himself.