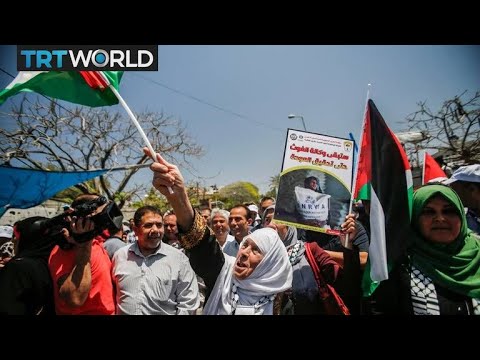 Ann Arbor (Informed Comment) – Hagar Shezaf at the Israeli newspaper of record, Haaretz [“The Land”], reveals that a secretive Israeli agency has been systematically going through the country’s archives, including local repositories, and removing and classifying documents having to do with repressive and embarrassing Israeli actions toward Palestinians and Palestinian-Israelis.

One such disappeared document from 1948, a second copy of which nevertheless was located by Israeli researchers, estimates that 70 percent of the 720,000 Palestinians (out of 1.2 million) expelled from their homes in 1947-49 by were kicked out by Zionist militias acting on behalf of the 500,000 Jewish settlers brought in by the British colonialists. This document was summarized by historian Benny Morris in a 1986 journal article but the force of Morris’s argument was subsequently blunted because researchers could no longer see the same primary source on which he based himself.

Shezaf quotes from the document:

The 25-page document begins with an introduction that unabashedly approves of the evacuation of the Arab villages. According to the author, the month of April “excelled in an increase of emigration,” while May “was blessed with the evacuation of maximum places.” The report then addresses “the causes of the Arab emigration.” According to the Israeli narrative that was disseminated over the years, responsibility for the exodus from Israel rests with Arab politicians who encouraged the population to leave. However, according to the document, 70 percent of the Arabs left as a result of Jewish military operations . . .

“without a doubt, the hostile operations were the main cause of the movement of the population.” In addition, “Loudspeakers in the Arabic language proved their effectiveness on the occasions when they were utilized properly.” As for Irgun and Lehi operations, the report observes that “many in the villages of central Galilee started to flee following the abduction of the notables of Sheikh Muwannis [a village north of Tel Aviv]. The Arab learned that it is not enough to forge an agreement with the Haganah and that there are other Jews [i.e., the breakaway militias] to beware of.”

The author notes that ultimatums to leave were especially employed in central Galilee, less so in the Mount Gilboa region. “Naturally, the act of this ultimatum, like the effect of the ‘friendly advice,’ came after a certain preparing of the ground by means of hostile actions in the area.”

An appendix to the document describes the specific causes of the exodus from each of scores of Arab locales: Ein Zeitun – “our destruction of the village”; Qeitiya – “harassment, threat of action”; Almaniya – “our action, many killed”; Tira – “friendly Jewish advice”; Al’Amarir – “after robbery and murder carried out by the breakaways”; Sumsum – “our ultimatum”; Bir Salim – “attack on the orphanage”; and Zarnuga – “conquest and expulsion.”

The Israeli establishment (and its even more fanatical American supporters, whether right wing Jews or Evangelicals) is guilty of a sort of genocide denialism with regard to the Nakba or Catastrophe that the Zionists visited o the Palestinians at the founding of Israel. I use “genocide” here in its sense in international law, as recognized in the Rome Statute that established the International Criminal Court. Killing very large numbers of people is only one sense of “genocide” in this definition. Other forms of genocide can aim at wiping out a people by wiping out their way of life.

There are now on the order of 12 million Palestinians. 5 Million live under the Israeli jackboot in Occupied Palestine. 1.6 million are second-class citizens in Israel itself. The rest form part of a vast diaspora, in Jordan (some 2 million), Lebanon (400,000?) Syria, Egypt, the Gulf, Europe, Chile, Argentina, Brazil, Guatemala, and the United States among other places.

The Israeli classification program is betting that the history of 1948 can be erased simply by withholding the Israeli documentation. Hierarchies of knowledge privilege state archives over the oral histories of the powerless and oppressed.
Nevertheless, the Palestinians themselves, and their family histories, are the best archive for knowing about their expulsion, and for knowing about the conditions of Apartheid under which some 5 million still live.