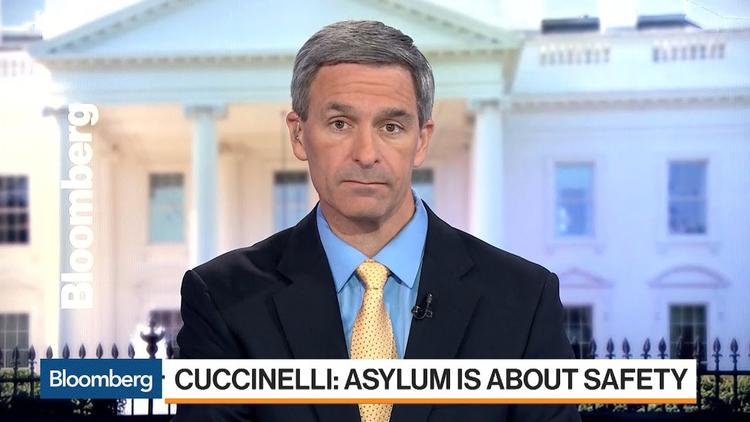 ( Foreign Policy in Focus ) – Trump’s war on immigrants recalls the absurdity of Stalin’s purges — and a few of his supporters, at least, are starting to notice.

Today, in the United States, a vast population of the undocumented live in constant fear of arrest and exile.

During the height of Stalin’s purges, the great Russian composer Dmitri Shostakovich kept a packed suitcase near the door of his apartment.

The Black Marias, the vehicle of choice for the secret police, would traditionally arrive in the middle of the night to ferry “undesirables” to interrogation cells. Shostakovich wanted to be ready at any moment for possible exile to Siberia. He was a much-celebrated figure in the Soviet Union, but Stalin had taken a dislike to his opera Lady Macbeth of Mtsensk District. The Soviet dictator was like that: unpredictable.

The Soviets executed more than a half a million people in 1937-1938, while about 18 million people were imprisoned in the gulags from 1929 to 1953. Shostakovich had good reason to be fearful. In the Soviet Union in the 1930s, a significant portion of the population lived in fear of arrest, then execution or internal exile.

Today, in the United States, a vast population of the undocumented live in constant fear of arrest and exile, not to some far-flung area of the United States but back to their countries of birth.

Some of them, like Shostakovich, have packed their bags in advance. In East Tennessee, Alberto Librado’s 11-year-old daughter has two suitcases always ready so that she can accompany her father back to Mexico, even though she, born in the United States, could legally stay behind. The Librados and so many other families await the Black Marias of ICE.

In contrast to those who feared Stalin’s wrath, the undocumented won’t be interrogated and forced to sign incriminating confessions. Nor will they be executed. But many left their countries because of a well-justified fear of persecution or harm. Their deportation may indeed be a death sentence.

The overwhelming majority of those who died during Stalin’s reign served the Communist state faithfully. Likewise, the overwhelming majority of the undocumented have labored hard here in the United States, usually at jobs that the native-born simply don’t want — in the sweltering fields of Florida or the frigid slaughterhouses of the South and Midwest. At a time of low unemployment, their labor is needed more than ever. The state’s push to deport them seems irrational and self-defeating, just like the Soviet Communist Party’s decision to persecute its own loyal members.

Moreover, the Trump administration has demonized the undocumented like never before. “They aren’t people,” Trump has said, “they are animals.” The administration has revived the practice of workplace raids. It has tried to roll back protection for the “dreamers,” young people who came to America as minors. It has removed “temporary protective status” for over 300,000 people from six countries.

And this week the administration announced that it will end most asylum-seeking at the border by blocking anyone who has passed through a third country — mostly Mexico — to the U.S. border. That means a big cold shoulder to anyone fleeing violence and persecution from Central America.

The latest round of ICE raids was supposed to begin this weekend but they were scaled back because targeted communities had advanced notice thanks to media reports. But Trump will be keeping this issue in the news until Election Day 2020. The immigration issue is a sure-fire method of firing up his base.

It also fits into his larger framing of the issue, which is a profound and malignant redefinition of “we the people.”

Before the last G-20 meeting last month, Russian President Vladimir Putin gave an interview to the Financial Times. His description of liberalism as “obsolete” received a lot of media coverage. But it was his itemization of liberalism’s defects that deserves greater attention.

For Putin, liberalism’s greatest failing is its emphasis on minority protections, which conflict with “the interests of the overwhelming majority of the population.” Those minority protections include LGBT rights, which Putin sees in conflict with “the culture, traditions, and traditional family values of millions of people making up the core population.”

Right-wing populists, because they so often represent minority constituencies like the rich or the outwardly racist, have to reconceive the “people” in order to demonstrate that they reflect the majority. Populists speak on behalf of this imagined majority when they suppress the rights of minorities, as Putin as done. They also do their best to dismantle the democratic institutions of the state that protect the interests of minorities, going after one group after another in a game of divide and rule.

The most disturbing example of this marshalling of an imagined majority against a beleaguered minority is the attack on migrants and refugees. Putin zeroes in on liberalism’s approach to non-citizens, particularly Germany’s embrace of a million desperate souls from the wars convulsing the Middle East.

“This liberal idea presupposes that nothing needs to be done,” Putin argues. “That migrants can kill, plunder, and rape with impunity because their rights as migrants have to be protected.”

That’s of course absurd. Migrants, like everyone else, are subject to the rule of law in Germany or the United States. It’s the height of hypocrisy for Putin to make this assertion, given that he kills and plunders with impunity. But that’s what distinguishes liberalism from the Russian president’s self-proclaimed illiberalism, which puts himself above the law.

Here the symmetry between Putin and Trump becomes all too clear. Trump is not Putin’s spy. He is Putin’s student. Together they attribute all social evils to the outsider — so as to preserve an illusion that the “core population” (including, of course, themselves) is blameless.

Trump has gone even further than Putin in his understanding of who constitutes a migrant. The president’s recent tweets that certain progressive Democrats — obviously Alexandria Ocasio-Cortez (D-NY), Ilhan Omar (D-MN), Ayanna Pressley (D-MA), and Rashida Tlaib (D-MI) — should “go back” to the “places from which they came” are an extraordinary elevation of street insult to state-sanctioned racism. All four politicians are American citizens, and three of them were born in this country.

And how does Graham characterize their policies? “We all know that AOC and this crowd are a bunch of communists,” Graham said. “They hate Israel, they hate our own country.”

Graham, a fervent supporter of gun rights, knows all about “aiming higher.” He’s not talking about elevating the discourse. He’s talking about shooting to kill (politically) by using some tried-and-true bullets (anti-Communism, anti-Semitism).

All of which is to say that the Republican Party has various ways of demonizing minorities and distinguishing them from a red-blooded American majority. Putin is right: liberalism has become obsolete, at least for much of the ruling elite in the United States.

One reason that Trump and the Republican right have gotten away with their anti-immigrant sentiment is that “average Americans” don’t have much contact with the undocumented. Direct contact, that is. So much of the conveniences of modern life depend on the labor provided by the undocumented: tomatoes, chicken wings, manicured lawns, clean office spaces.

What separates the documented and the undocumented is a wall of language, of economic stratification, of cultural segregation. This is the real wall that Trump is reinforcing every day.

But sometimes that wall is breached.

Consider the following story from a recent This American Life episode, about an ICE raid on a slaughterhouse in Bean Station, Tennessee — where Alberto Librado worked before he was detained — and the reaction of Trump supporter Krista Etter.

Etter had to go to a local vigil for the parents that ICE rounded up in order to take pictures of it for the local paper. And she started to listen to the children talking at the microphone.

There was a young man. He was a teenager, 14, 15 years old, that said, he just wanted his mom to come home. He didn’t have anybody else. He just wanted his mom to come home. It just really, just shook my soul. It was — it was almost overwhelming, because there were so many children speaking. And — and, I actually kind of had to get out of there. Because I was like, it’s getting hot. And I have health issues. And I was like, I need to — I have to remove myself, you know, walk out to my car, get a breath.

You can almost hear how this new information begins to transform Etter’s thinking:

And I really believe I’m not the only one who did that. I don’t think anybody ever really stopped to think that they were going to go after the family man working at the meatpacking plant. That’s not what I had in mind.

I’m still a President Trump supporter. I guess, I have to hold out hope that maybe he didn’t understand he was going after the guy in the meatpacking plant. I mean, I guess he probably does.

It wasn’t just Etter whose mind was changing. The mayor of Morristown, where many of the Bean Station workers lived, calls himself a “lifelong Republican of the Reagan variety.” Gary Chesney is not the kind of mayor interested in setting up a sanctuary city. “We’ve been following the rules and guidelines here,” he told The New Yorker. “But the innocent victims were the kids whose parents were picked up. I was also proud that our locals took care of the innocent folks.”

The mayor’s thinking is still evolving — note his distinction between the “innocent” children and the presumably “guilty” parents who have been working so hard at the nearby slaughterhouse. Still, the mayor admits: “We all get a little bit smarter as the issue gets more personal.”

The issue has never gotten personal for Trump, even though he has employed plenty of undocumented folks at his enterprises going all the way back to the start of his career. Undocumented Polish workers who built Trump Tower later sued Trump. They reported “nightmare memories of backbreaking 12-hour shifts and of being cheated with 200 other undocumented Polish immigrants out of meager wages and fringe benefits.”

The issue has never gotten personal for Trump, even though his wife’s parents obtained American citizenship by using the same method of “chain migration” that the president has declared “must end now.”

The issue has never gotten person for Trump because he has not gotten even “a little bit smarter” about immigration. He used the undocumented to build his buildings, to construct his brand, to win the White House. It was despicable then on a local level, and it’s despicable now at a global level.

He will stop only when enough Krista Etters see through the canard.