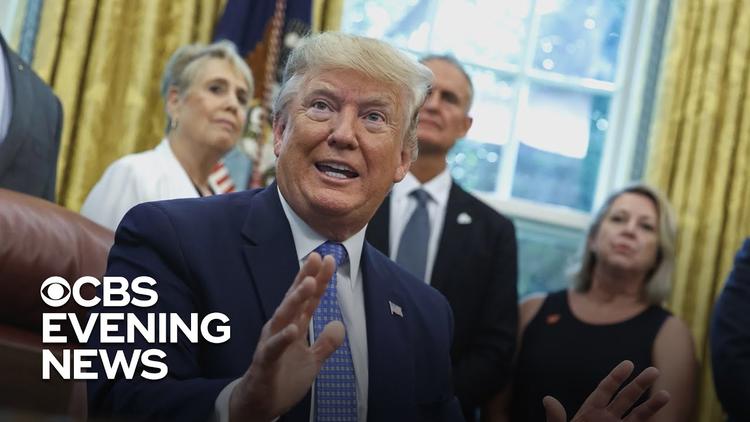 (Middle East Monitor) – Along with American and British journalists and doctors, I visited Iraq a few years before its invasion and occupation by the United States and its ‘coalition of the willing.’ A decade-long siege before the war had left the country in ruin.

It was as if not a single car in the whole of Baghdad did not have some damage because of the rampant poverty and the absence of spare parts. Iraq’s hospitals, schools, streets, in fact, the whole infrastructure, was falling apart.

The US sanctions on Iraq have turned a once prosperous nation with a thriving economy into a country that was only a few steps away from being a failed state.

The Iraqi people resisted, and despite the numerous obstacles and the hermetic US siege, managed to subsist until the invasion finally took place.

The savage bombardment of Iraq in the first few days of the war, the so-called ‘shock and awe’, made sure that American bombs pulverised any infrastructure in that country.

Millions of Iraqis have died in the decade-long sanctions preceding the war, in the war itself and in the bloody invasion that followed.

But Iraq was also a costly lesson for the American invaders. They learned that firepower alone is not enough to break the spirit of proud nations; that ‘smart bombs’ and the world’s most advanced killing technology are no guarantee for a real and lasting victory.

On October 21, 2011, the US military announced that it had finalised its withdrawal from Iraq. While the truth is that thousands of US troops are still present in the country, Washington’s fantasy that it will conquer Iraq and use it as a launchpad for regional dominance has, since then, evaporated.

Even the political system that was carefully constructed by Washington in Baghdad has yielded a political regime that is far closer to Iran than to the United States. On June 25, in an interview with CNN’S Christiane Amanpour, Iraqi President Barham Salih said, “We do not want our territory to be a staging post for any hostile action against any of our neighbours, including Iran”.

What Washington needs to keep in mind is that Iran is far stronger than Iraq at that time, far more prepared and ready to resist any American aggression. Iran is four times the size of Iraq and is hardly isolated if compared to the Iraqi government at the time of the US invasion. The downing of a US unmanned spy drone on June 20 showcased Iran’s military capabilities, and more importantly, its lack of patience regarding any attempt by any foreign entity – be it American, Israeli or any other – at violating the country’s sovereignty.

The US National Security Adviser, John Bolton, is so keen on fighting another war on behalf of Israel. Bolton is an unrepentant warmonger. Along with a plethora of neo-conservative ideologues, Bolton hardly cared about how the self-defeating Iraq war and invasion would affect his country – America’s reputation, the exuberant financial cost, the loss of human lives, and much more. The goal was to remove the Iraqi obstacle that was impeding Israel’s ability to claim regional dominance. Alas, the neocons had achieved their purpose.

But the war has also changed the geopolitics of the Middle East entirely. With the Iraqi military out of the picture, Iran rose in its power and regional influence which allowed smaller groups like Hamas and Hezbollah to mount strong resistance to Israel. The Israeli defeat in its attempted invasion of parts of Lebanon in 2006, and repeatedly in Gaza, are cases in point.

Moreover, the US political and military retreat after the Iraq debacle had opened significant margins for other international powers to stake a claim in a region that has long been dominated by Washington.

For Bolton and the remnants of the neo-conservative clique to push for another unwinnable and disastrous war, is the very definition of lunacy. If the New York Times report, that on June 19, US President Donald Trump approved, then cancelled a decision to strike Iran is correct, then that retreat is wise.

Trump’s concern supposedly motivated the decision that 150 Iranians would be killed, an act he considered disproportionate. That cannot be true, considering Trump’s extremely unjust foreign policy in Palestine, and his country’s brazen violation of human rights at the US-Mexico border.

Either way, Trump must be careful of his foreign policy flip-flopping, as in the case of North Korea. But Iran is not North Korea either. The Iranian military’s ability to shut down the Hormuz Strait, thus crashing the oil markets and subsequently, the world’s economy, should give the White House more than a pause.

But a state of “no war, no peace” will not suffice either. There is too much at stake in a region that is already marred by brutal wars, from Syria to Libya to Yemen.

It behoves Trump to remember that his decision to heed the demands of right-wing Israeli Prime Minister, Benjamin Netanyahu, to pull out of the Iran nuclear deal (JCPOA) on May 8, 2018, was the precursor of the current stand-off between the US and Iran.

Trump has once more demonstrated that his country could not be trusted as an international arbitrator. Iran has no reason to ‘negotiate unconditionally’ with Trump and his government, considering the many compromises that preceded the signing of the nuclear treaty in the first place.

Calling for talks while threatening to ‘end’ Iran is also an indication of American erratic foreign policy. This trend cannot be blamed on Trump alone. Indeed, for years before Trump’s arrival at the scene, the Washington elite seemed trapped in a strange matrix. Some, unphased by the fact that global geopolitics has finally shifted, want to continue with their country’s violent and militaristic approach to foreign policy. Another, more realistic, group is keen not on getting embroiled in an unnecessary war which will undoubtedly further deteriorate their country’s standing in the world.

Adhering to old delusions of American power that can shape world politics through bombs and missiles should be entirely abandoned, along with the repeatedly refuted notion that ‘what is good for Israel is good for the United States.’

Iraq is not Iran. Times and circumstances have changed dramatically since the US siege and invasion of Iraq in 2003. Iran and the entire world are aware of this. Some in Washington, however, are adamant on repeating the mistakes of the past. Warmongers, the likes of John Bolton and Secretary of State, Mike Pompeo, must be stopped before it is too late.