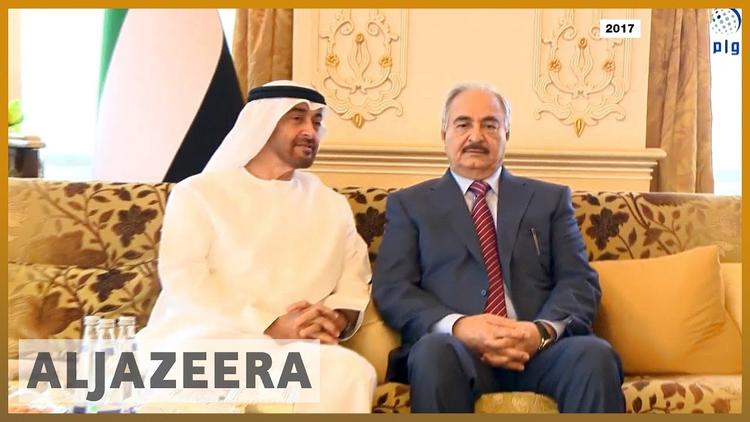 Last week, the United Arab Emirates confirmed its troop drawdown from Yemen, which has raised questions about what Abu Dhabi’s next target will be.

“Many people asked if this is also linked to the current rise of tensions with Iran,” said a senior UAE official who declined to be named. “I would say fundamentally no… But of course we cannot be blind to the overall strategic picture. It is very much to do with moving from what I would call a military-first strategy to a peace-first strategy.”

Whether Abu Dhabi is serious about the drawdown and the so-called “peace-first strategy” or not, this decision confirms the Saudi-led coalition’s failure in Yemen. When it started its operations back in 2015, it was made up of ten countries. Today, Riyadh increasingly looks isolated in the war that has led to what is now the world’s worst humanitarian crisis.

Although the UAE official said that the drawdown “was not a last-minute decision” and had been discussed extensively with Riyadh, this move is likely to cause some tension between the allies. Ever since the murder of Saudi Arabian journalist Jamal Khashoggi in his country’s Consulate in Istanbul back in October, we can say that this has been a period when Abu Dhabi has started to feel that it wants to distance itself from the Saudis, at least temporarily. When Riyadh hosted the “Davos in the Desert” investment conference a few weeks after Khashoggi’s murder, Abu Dhabi’s Crown Prince, Mohammed Bin Zayed — a close ally of his Saudi counterpart and de facto ruler Mohammad Bin Salman — did not attend.

READ: Haftar backer the UAE calls for halt in fighting in Libya

Moreover, the increasing outrage at the war in Yemen in the aftermath of Khashoggi’s murder, which added to the pressure on the coalition members, appears to have sent a message to the UAE leadership that there is no reason for its troops to remain there any longer. This may have been from the perspective of the coalition not achieving its military goals and failing to set out a plan to end the war, meaning that matters will be complicated even further. While the number of countries participating in the coalition is decreasing, the Iranian-backed Houthis, in contrast, have improved the weaponry at their disposal, which means that the coalition’s mission is only getting harder. In 2015, it was unimaginable that they would be able to fire ballistic missiles and use drones to reach various targets and airports deep within Saudi territory, but they are doing so today.

Now, after the UAE’s drawdown announcement, it is likely that Libya, which is increasingly becoming the new battlefield for the main players in the region, will be Abu Dhabi’s next target. On 27 March, a few days before the reconciliation conference took place, renegade Field Marshal Khalifa Haftar visited Saudi Arabia, where he met King Salman and the Crown Prince. It is believed that Haftar was given the green light from Riyadh to carry on with a military assault on the UN-backed Government of National Accord (GNA) in Tripoli. The assault was launched upon Haftar’s return to Libya. ‬

Since Libya’s strongman started his military offensive to seize the capital, the chances of a reconciliation taking place any time soon have disappeared. This suggests that the Saudi-UAE axis does not want to see stability in any Arab country and is prepared to use force to ensure this.

Washington’s policy on the issue remains unclear and contradictory. On the one hand, Secretary of State Mike Pompeo issued a statement on 7 April opposing Haftar’s offensive. On the other hand, the White House said a week or so later that President Donald Trump and Haftar had spoken over the phone. During the call, Trump apparently recognised Haftar’s “significant role in fighting terrorism and securing Libya’s oil resources,” according to a White House statement.

READ: From Iraq to Yemen, drones raise US alarm over Iranian plans

The lack of consensus within the Trump administration and the absence of a firm position has led to US-made weapons that were sold in 2008 to the UAE ending up in the hands of forces loyal to Haftar. How did these weapons end up in Libya? Although an investigation has been announced, no effective action has been taken to date.

What is more interesting is that the UAE’s announcement of its “peace-first strategy” in Yemen came hot on the heels of the reports that these US weapons had been found in Libya. Moreover, earlier this month, Libya’s government said that the UAE used a US-made F-16 fighter jet in an attack on a migrant detention centre that killed at least 53 people. The accusation was made by GNA Interior Minister Fathi Bashaagha in an interview with CNN. This makes me think that the scenes we witnessed in 2014, when the UAE bombed Tripoli, may be repeated.

In 2014, the then US President Barack Obama and the Pentagon appeared to be concerned about the developments in Libya. Today, under Obama’s successor Donald Trump, it is less likely that Washington will interfere, given that the President himself endorsed Haftar only a few months ago. There are also America’s economic ties with the UAE to consider; they will remain the priority for Trump. It could well be, therefore, that after Yemen, the UAE’s next target will indeed be Libya.