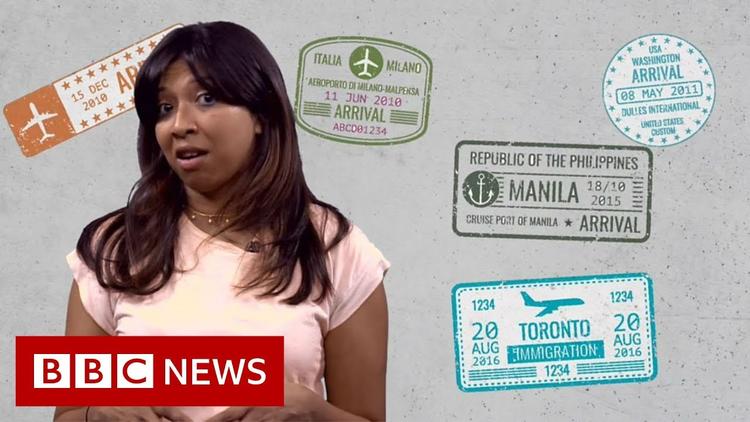 Saudi women are amongst the strongest, most intelligent and inspirational women in the Middle East. Female Saudi academics and activists have lobbied for women’s rights in Saudi Arabia for decades, but unfortunately have faced slow progress and a strong backlash from society and government.

The recent changes in Saudi guardianship (wilaya) laws are indeed the most significant to date. These changes remove many of the restrictions on Saudi women’s mobility, including the ability to travel abroad without permission from a male guardian. They also enable women to apply for and renew passports, which will allow them to travel more freely. I sincerely hope that these changes will bring positive change and development to Saudi society.

However, it is essential not to romanticise these changes as separate from the state’s political agenda. The changes in guardianship laws have come from the patriarchal state in a top-down manner, with the central purpose of promoting its own image, using female empowerment as a tool to further this goal. The central question to ask is: how far are these changes really about women and for women?

Female Saudi activists such as Manal Al-Sharif, Hatoon Al-Fassi, Samar Badawi, Eman Al-Nafjan, Lujain Al-Hathloul have been lobbying for such changes for decades. However, they did not secure much legal change until Crown Prince Mohammed Bin Salman (MBS) became heir to the throne.

Amidst political and economic problems in Saudi Arabia, MBS promoted his image as a young, progressive leader who wanted to modernise Saudi society, with women’s causes among his priorities. Yet, the crown prince has simultaneously earned a highly-critical and negative reputation due to his brutal silencing of any opposition, lack of freedom of speech under his de facto rule, and jailing all those who criticise the Saudi regime.

The brutal murder of Saudi journalist Jamal Khashoggi in October last year acted as proof of the extent of this crackdown on any criticism of and opposition to the official state narrative. Similarly, the Saudi state has jailed numerous religious scholars, including Salman Al-Ouda and Awadh Al-Qarni, because they refuse to adjust their religious views to serve the state’s latest politics goals.

Previously the state had openly supported the Ulama (scholars)’ rulings on women’s dress codes, behavioural codes and public appearance. Now, in a different version of modernity which suits the state’s new image as modernisers of a “traditional”, “conservative”, “restrictive” society, the same decisions are being reversed. It is interesting to note that these same binaries were created and promoted positively by the Saudi state in the past.

In light of these developments, then, the recent changes in guardianship laws and women’s rights should not be viewed as separate from the state’s patriarchal political agenda and approach to women’s causes. These decisions came only at a time when it serves the state’s – or indeed MBS’ – interests, so he can conveniently look like a champion of women’s causes.

Credit for these changes has been shifted to the patriarchal state. There are indeed many questions to be asked here, before such a change can be celebrated or fully materialised in Saudi society.

What exactly was the process behind such significant decisions? Why didn’t the world hear anything from the female activists, intellectuals or analysts who have consistently lobbied for this cause? What happened to their agency and discourse? Were these changes made by them, or for them, while silencing their voices and claiming to speak on their behalf? Were these women present at the discussion table? Was there discussion with other actors about the influence such big changes will have on present societal structures?

Despite these changes’ positive nature, they are a product of top-down decisions. In other words, they are decisions imposed from above, rather than negotiated and implemented by and for women. They are in fact done for the state.

Female activists who struggled and fought for these rights were jailed last year; Lujain Al-Hathloul remains in jail, undergoing torture and harassment. One woman’s imprisonment is the imprisonment of the wider women’s cause.

Those who were released recently have not made statements about their time in prison, mostly likely due to fear for their lives and those of their families. Will they ever dare to speak about the torture they were subjected to, or continue to work on women’s causes as they did before their imprisonment? I highly doubt it.

It is ironic that these guardianship laws stop women from having full control over their own lives; does a woman really have full control over her life if she cannot as much voice her opinion about state policies freely, without facing the consequences? Or is this a mere shift from the power of the patriarch in the private sphere (male guardians at home) to a public patriarch (the state) officially deciding and directing women’s narratives and discourses?

The lesson here is that the focus should be on the system and structures and that, in the long run, top-down modernisation projects do not serve women. Until recently, the state took pride in its religious nationalism and overly-conservative societal structures, viewing everything through these prisms. Now, overnight religion is being taken out of the equation, without the gradual introduction of new social values. Clearly, the political elite seem to be constructing the new binaries of religion vs. modernity. This seems to be the newly-promoted national myth of the Saudi state.

The elite take away from women’s causes and struggles by claiming authority over any progress, again reinforcing the image of women as remaining in the back seat, being “given” their rights not because these are inalienable, but because the state is benevolent enough to bestow its favours on women.

Indeed, the recent changes in Saudi Arabia are positive, but what this authoritarian approach means for women in the long run remains a big question. Female empowerment through the state can indeed be a force for positive change, but what happens when the same state simultaneously silences and jails any alternative voices? The answer: one step forward but two steps backwards. Is this a form of controlled freedom? Here, the state makes allies and enemies out of women even as it serves their political agenda.

Madawi Al-Rasheed sums it up this situation in her book ‘A Most Masculine State’: “Saudi women have become hostage to nationalist, political projects which demand from them the performativity of both piety and contested versions of modernity, each suited to the State’s agenda and subject to change over time.”

Saudi activist: ‘We all wish to visit Israel’

She is also PhD student at Durham University and her research focus includes: Nationalism, National Identity, Women, State and Society in the Gulf Region.