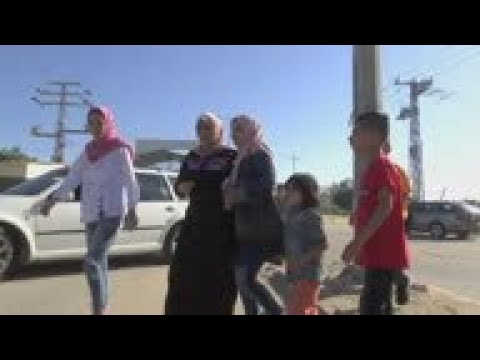 A Palestinian pharmacist from the Gaza Strip, Tamer Al-Sultan, 38, passed away last week in a hospital in Bosnia and Herzegovina, where he was admitted after catching a disease believed to be caused by a sting or insect bite. He was a husband and father of three young children.

Al-Sultan emigrated from Gaza through Egypt and headed to Turkey and then Greece, from where he hoped to reach Belgium and start a new life. He intended to send for his wife and children once he had settled down in his new country.

Tens of thousands of Palestinians from Gaza have migrated to different countries around the globe since 2007, including engineers, doctors, teachers, managers and craftsmen. Many of them lost their lives in the process, or have reported being robbed and blackmailed. Why, then, do so many people still try to leave the Gaza Strip?

Israel’s military occupation has imposed restrictions on the movement of Gaza’s residents since the early 1990s. Following the victory of Hamas in the 2006 Palestinian General Election, Israel imposed a land, sea and air blockade on the enclave, which isolated the 2 million residents from the outside world. “The blockade has undermined the living conditions in the coastal enclave and fragmented the [occupied Palestinian territory] and its economic and social fabric,” the UN has said.

Between 2006 and 2014, Israel launched a number of military offensives against the Palestinians in the Gaza Strip. The three major attacks took place in 2008/9, 2012 and 2014, during which about 4,000 Palestinians were killed and more than 20,000 others wounded. Civilian infrastructure, including tens of thousands of homes, schools, mosques and hospitals were destroyed or seriously damaged, as were water, communication, electricity and sewage networks.

During its 2014 offensive alone, according to OCHA, “Israel killed 2,251 Palestinians, including 1,462 civilians. This number included 551 children and 299 women. Some 11,231 Palestinians were wounded, including 3,436 children and 3,540 women, 10 per cent of whom suffer permanent disability. More than 1,500 Palestinian children were orphaned. Up to 18,000 housing units were destroyed in whole or in part, and 73 medical facilities and many ambulances were damaged. At the height of the hostilities, the number of internally displaced persons reached 500,000, or 28 per cent of the population in Gaza.”

In 2018, the Palestinian Central Bureau of Statistics said that unemployment among Gazans aged between 15 and 29 reached 52 per cent. Despite humanitarian assistance, at the end of 2017 the poverty rate reached 53 per cent among the Palestinians in Gaza. This includes 400,000 children.

The residents of Gaza can hardly find enough food to eat and the reason for such food insecurity in the territory is caused primarily by the Israeli siege which has crippled the economy. People can neither produce food for sale nor buy food on the open market.

Last month, the Head of the Popular Committee for Ending the Gaza Siege, Gamal Al-Khoudhary MP, said that up to 80 per cent of Gaza factories had shut down due to the severe Israeli restrictions imposed on the passage of industrial material, exports and imports. He added that the direct losses to Gaza’s economy are estimated at $70 million every month due to the Israeli siege, in addition to the aggravating crisis of public servants’ salaries.

Gaza has been suffering from a chronic electricity crisis since 2006, when the Israeli occupation attacked the sole electricity plant in the besieged enclave. The shortage of fuel, which is part of the blockade, is one of the main reasons for the severe shortage of electricity. This has had a severe impact on the availability of essential services, particularly health, water and sanitation, and undermined Gaza’s fragile economy, particularly the manufacturing and agriculture sectors.

A UN report found in 2018 that the Israeli blockade of the Gaza Strip is making it impossible for the Palestinians in the enclave to develop their economy. “The UN Conference on Trade and Development warned this tiny territory could soon become unfit for humans to live in by 2020 if current trends are not reversed.”

Put simply, the people of Gaza try to emigrate in order to escape the harsh outcomes of the strict and illegal Israeli blockade which has been in place for 13 years.

Last week, Israel announced that it was ready to open its ports for the Gaza residents who want to emigrate. This suggests strongly that the government in Tel Aviv has been inflicting suffering on the Gaza Strip intentionally in an effort to push its residents to leave.