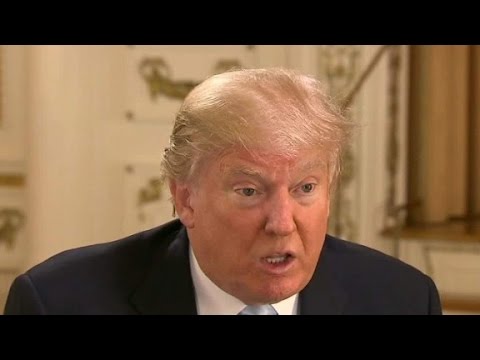 When Boris Johnson was voted in as leader of the Conservative Party and Prime Minister of the United Kingdom by default last month, there was a lot of speculation about his premiership: Brexit, policing and youth services, global trade deals, and even the question of what do about Iran. There was one issue, however, which was hardly touched upon except by some fringe media outlets: what does his leadership mean for Israel; not simply the fate of the conflict between the self-declared Jewish state and the Palestinians, but more specifically on the strong influence that the state has on the British body politic.

There is little doubt that since Israel’s foundation in Palestine in 1948, Britain has generally supported it, supplying arms when needed and providing mild rebukes when its atrocities demanded that something had to be said. Through Labour prime ministers such as Tony Blair and Conservatives like David Cameron, there has been no sudden change to the status quo regarding British-Israeli relations. Johnson will be the same; his controversial comments about Muslims and his open support for Israel show every sign of him being the guardian of those cordial relations. During his leadership campaign last month he stressed to the UK-based Jewish News that he is a “passionate Zionist” and that he “loves” the “great country” that is Israel. When asked to clarify his previous comments about Israel’s 2014 bombardment of the Gaza Strip which he called “disproportionate” at the time, he replied, “I understand why Israel reacted in the way that it did.”

While some might view his vocal support for Israel as a political ploy to win the Tory leadership election in a strongly pro-Israel establishment, Johnson’s sympathies for the state run far deeper than that. In his youth, for example, he volunteered in an Israeli kibbutz – an agricultural community – during a 1984 summer break.

His deeply pro-Israel sympathies are reflected not only in his words, but also, and most importantly, in his cabinet. New Chancellor Sajid Javid took a “profoundly moving trip” to Israel this year; Foreign Secretary Dominic Raab spoke out against voting for a Palestinian state at the UN in 2011; Home Secretary Priti Patel held secret meetings with Israeli ministers and lobbied for more British aid for the Israeli military; Chancellor of the Duchy of Lancaster Michael Gove called Israel an “inspiration” and previously received funding from the pro-Israel lobby; they are just examples in a disproportionately pro-Israel cabinet.

By pandering to the pro-Israel lobby and surrounding himself with ministers who are opposed to the establishment of a state of Palestine and self-determination for the Palestinian people, Johnson has ensured that only those who back Israel can expect to be promoted in his government. Any deviation from slavish support of Israel is to deviate from Conservative Party values. It is a fact that support for Palestine and Palestinians is more likely to be found on the opposition benches in the House of Commons.

The same dynamic exists in the US, but to an even broader degree; this year the Republican Party showed overwhelming support for Israel at 76 per cent, while the Democrat Party was at 43 per cent. The reality show that is politics in the US today seems to revolve around identity politics, allegations of foreign collusion, and the antics of an unstable head of state. One example of this is the pro-Israel and anti-Palestine sentiment which dominates the ruling Republicans.

Donald Trump has demonstrated this with unstinting support for Israel since he entered the White House in January 2017. This has included recognition of Jerusalem as Israel’s capital and accepting Israel’s de facto annexation of the Syrian Golan Heights. Like Johnson’s team in London, the Trump administration includes a group of pro-Israel sympathisers such as his son-in-law and senior advisor Jared Kushner and National Security Advisor John Bolton, as well as Secretary of State Mike Pompeo and Vice President Mike Pence, both of whom addressed a summit last month hosted by Christians United For Israel.

The Trump-Johnson similarities extend to foreign policy, favouring Israeli colonialism over Palestinian self-determination. International laws and conventions, by the way, favour the latter. Both men also have an Islamophobic worldview: Johnson said that Islam has kept the Muslim world “literally centuries behind” everyone else, while Trump mused out loud, “I think Islam hates us.” Religion might not play a huge role in many political conflicts, but it would be naïve to think that this duo’s bias against Islam and Muslims has no part to play in their support for Israel and its colonial occupation.

The apparent fact that political conservatism is tied to support for Israel was not always the case. From the forties to the sixties, the political Right tended to back Palestinian rights and was critical of Israeli atrocities and violations of international law. The right-wing Regnery Publishing, for example, issued titles such as What Price Israel? by Alfred Lilienthal and They Are Human Too, a collection of photographs of Palestinian refugees by Per Olow Anderson.

It was, inter alia, political philosopher Leo Strauss who is credited with changing Western foreign policy after he wrote a famed letter to the right-wing National Review in 1957 defending Israel after the magazine referred to it as a racist state. Over the decades since then, the political Right has become increasingly pro-Israel and anti-Palestine to the extent that it has arrived at the point where one cannot be accepted by fellow conservatives without holding a pro-Israel worldview, while those on the Left cannot fathom a pro-Palestine conservative.

If Boris Johnson and Donald Trump survive for any meaningful length of time in their current positions, it is certain that Palestinian rights will continue to be undermined. What is not so certain, though, is if Zionism will continue to be inextricably linked to conservative politics, particularly if at least some Republicans and Tories can dig deep into their consciences and discover a moral duty to change course. We can but hope.