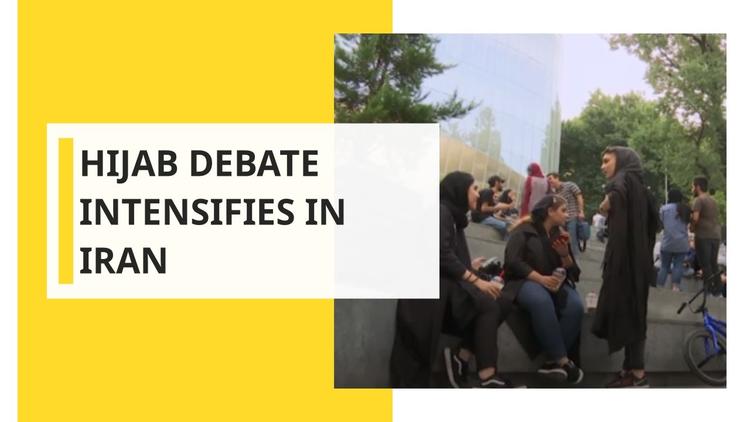 (RFE/RL) – Iranian human rights lawyer Guity Pourfazel wants to see change in her country and believes Supreme Leader Ayatollah Ali Khamenei should step down and the ruling clerical establishment be replaced with a democratic system.

Pourfazel is one of 14 women activists in Iran who have publicly called for Khamenei to resign and for a new political system to be installed that is framed by a new constitution that would secure dignity and equal rights for women.

The women from various backgrounds made the call earlier this month in a statement posted online that has received mixed reactions — many praising it as a bold expression of dissent, while others have described it as an exercise in futility and a naive act that will bring no changes.

The August 5 statement accuses Iran of “gender apartheid” and says that while in many countries women are progressing alongside men in different spheres, women in Iran continue to strive just for basic human rights.

“Four decades of the rule of the supreme jurist has resulted in the inhumane removal of half of the country’s population, ‘with all their capacities and abilities’ in terms of equal citizenship and human dignity,” the statement says.

Pourfazel says she signed it knowing the likely consequences she would be exposing herself to.

Criticism of Khamenei, the octogenarian who has the last say on almost everything in the Islamic republic, is considered a red line in Iran and transgressors often land in prison, where political prisoners are routinely held in solitary confinement and subjected to various forms of torture.

At least two of the co-signatories of the letter were reportedly detained earlier this week in Tehran and the northeastern city of Mashhad. It is not clear whether the statement they signed is the reason for their detention.

Fatemeh Sepehri was reportedly picked up by police after joining a protest outside a court in Mashhad, while Narges Mansuri is said to have been arrested outside her home in the Iranian capital.

But Pourfazel remains defiant. “We are standing by our letter and I can’t imagine that we would [ever] give up our demand,” she said.

‘The Right To Say No’

Other co-signatories of the statement have said they refuse to remain silent in the face of what they describe as repression, poverty, corruption, discrimination, and injustice that they blame on the Iranian authorities.

“As the wife of a martyr [a soldier killed during the 1980-88 war with Iraq] and as a woman who lives in this society, I must say that I can’t tolerate these conditions,” Sepehri said in an online video before she was detained.

Pourfazel says that while 14 women have signed the statement, millions of other Iranians support the demands cited by the signatories. But she adds that many are afraid to raise their voice and express their frustration publicly.

Pourfazel says many have expressed support for the statement and that many of those people consider themselves as the 15th signatory of the letter.

The 14 women issued their letter just weeks after 14 activists inside and outside Iran, including outspoken filmmaker Mohammad Nurizad and former Tehran University Chancellor Mohammad Maleki, also called on Khamenei to step down.

Mehdi Khazali, an outspoken blogger who has been arrested several times in the past due to government criticism, dismissed the two letters in a recent discussion on the BBC. “Let’s imagine [Khamenei] resigns tonight. What do we have as an alternative?” he asked.

“Everyone knows there’s poverty, corruption, prostitution, as well as an economic, social, and cultural collapse in our society, everyone knows it,” Khazali said, adding that “we have to see where the path we take leads us…does it bring any result?”

“What do [our detractors propose] to do? It’s easy to criticize but it’s important [to take action] and take risks,” Pourfazel told RFE/RL when asked about those who criticize the protest statement as being pointless.

She says she has fought her entire life for what she believes is right and will continue to do so. “Iranians should think about what they were seeking in 1979,” she said. “Did they achieve their demands?”

Last year, 15 prominent activists and intellectuals inside and outside the country, including Nobel Prize laureate Shirin Ebadi, leading Iranian human rights lawyer Nasrin Sotoudeh, and dissident filmmaker Jafar Panahi, issued their own call for a new system of government in Iran following a referendum organized by the United Nations.

Iran’s current system, which they accused of systematic rights violations, corruption, and the selective use of religion, has become the “main obstacle to the progress and liberation of the Iranian people,” they said.

Ebadi, who lives in exile, told RFE/RL’s Radio Farda last week that the initiative by the 14 women could help raise awareness among Iranians about their government. “I think it is important for Iranians to unite and gradually say ‘no’ to the Islamic republic…and to any type of dictatorship,” she said.