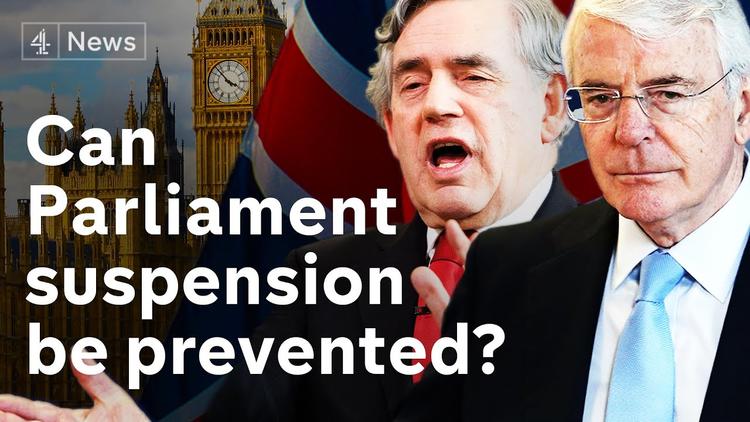 The contemptuous ease with which the Johnson-Cummings regime has attempted to cripple parliamentary consideration of alternatives to a no-deal Brexit by proroguing Parliament raises further serious issues about the remaining value of the UK’s ‘unfixed constitution’. This controversy comes after a prolonged period in which the executive under May used every micro-institutional weapon to blackmail MPs into accepting its deal. argues that the UK has slipped into having a failed constitution, where core democratic institutions are contaminated by rigged micro-institutions. The control of power has become dominated by a bunch of executive tricks, and an uncodified ‘constitution’ no longer provides any predictable or worthwhile constraints on government action. Yet it may be only a small step from creating a failed constitution to becoming some version of a failed state.

How do we recognise government attempts to deform a liberal democracy so as to get their way? As Putin, Erdogan and a host of others have demonstrated, there must be 50 ways to lose your constitution as any kind of constraint on incumbents exercising raw power as they wish. Perhaps the majority party calls the legislature to consider new laws at 5.30am (without informing the opposition). Or perhaps the opposition is notified but opposing MPs are intimidated by an induced deadline crisis and media blackguarding in every lobby. Perhaps a president suspends the legislature for a lengthy period and governs alone using decree powers supposedly reserved for an emergency, as many a Latin American banana republic did before the transition from authoritarian rule.

The constitutional thinkers of the Conservative party used to regard the prospects of any such developments in the UK as both anathema to the gradual evolution of the UK’s constitution on which they laid such stress, and almost impossible to happen here, except through socialist assaults. Ian Gilmour wrote in 1977 (Inside Right, p. 226):

In my view, a two-party system and an unfixed constitution is the highest form of political development yet seen. Unfortunately owing to the current political infantilism of the Labour Party it seems at present too high for Britain. It depends upon informal checks and balance and the self-restraint of politicians.

All the ‘British constitution’ texts have long reiterated the same message. The lack of codification of the UK’s constitution presented no substantial dangers, but instead gifted the country with a set of legal and constitutional arrangements that could easily flex and adapt for changing times and situations. The UK would have none of the irresolvable legacy problems of written constitutions gone obsolescent, such as the USA’s current enduring problems over the Second Amendment on the carrying of firearms. A great deal of faith was also placed in British elites’ developed respect for Parliament, for public opinion and for legality. A range of constitutional conventions were ascribed central importance. Sometimes they were presented as ‘tripwires’ effective enough to block executive malfeasance. Alternatively, perhaps they were only constitutional ‘rumble strips’ that could be driven over, but not without the executive noticing and experiencing discomfort – and with voters standing as the ultimate arbiters of acceptable conduct.

Precious little now remains of such glib and overly-optimistic voices – and ironically the coup de grace has come from both ‘moderate’ Conservatives and the warped Euroscepticism of right-wing ideologues who never recovered from the ‘stab in the back’ that brought down Thatcher in 1990. Theresa May’s government demonstrated not an elite responsiveness to MPs after 2017, but instead an increasingly frenzied exploitation of a host of parliamentary micro-institutions to bulldoze the May-Whitehall compromise Brexit deal through a reluctant Commons where government policies had no majority. This was the curtain raiser for the Johnson government’s more grand-scale effort to unilaterally rework the UK constitution so as to give the PM ‘governance by decree’ powers.

The corrosive role of micro institutions

In Theresa May’s repeated efforts to push her government’s negotiated Brexit deal through the Commons from late 2018 to May 2019 there were already multiple warning signs of micro-institutions being used in ways that were corrosive of any genuine responsiveness to Parliament. An obscure set of micro-institutions playing a key role were ‘business motions accessible only to the Crown’, on which was founded the executive’s capacity to ‘run down the clock’ on the supposedly fixed exit deadline of 29 March 2019. A key Commons vote was planned for mid-December 2018, but then cancelled at the last minute when it looked likely to be lost. Postponed for another month (of the three supposedly remaining, it was eventually held and lost two to one).

The government then returned to the Commons with a very lightly altered set of proposals for essentially the same deal, overturning the convention that Parliament does not re-vote on the same rejected law. Only when the Speaker finally rejected another effort to re-vote did the government admit defeat. May also kept in play a ‘no deal’ Brexit (and even a limited amount of ‘hostage-taking’ of EU citizens’ rights and livelihoods) as a reversionary option to try and compel her dissident MPs to still back her deal, despite the Commons repeatedly voting to show its rejection of any no deal outcome.

In the same line the Johnson government (advised by Cummings who is openly contemptuous of parliamentary government) has now sculpted from the equally obscure prerogative powers surrounding the prorogation of Parliament a superficially bland but deeply toxic disabling of the Commons for 35 of the 61 days remaining to avoid a no-deal Brexit. The timings involved are clearly tailored to frustrate any efforts of a fragmented opposition to concert an effective counter-action before September 10 or after 14 October, while yet bringing a Commons tied hand and foot back in time to witness but almost certainly unable to prevent a ‘no deal’ outcome on the 31st. That the Queen and her constitutional advisors accepted this proposal at its face value is yet another nail in the coffin of the old constitution, with the monarch’s vestigial capacity even to ‘advise and warn’ now obliterated and shown up as a fiction, for the meanest of partisan exigencies.

Above all the ruthless exploitation of micro-institutions by the incumbent regime in the grossest manner, at whatever cost to the public values previously binding the British polity together, has culminated in the creation of a constitutional status quo that is bafflingly complicated and indeterminate. Instead of great decisions resting on the clearly expressed will of Parliament, or the consultation of voters via a second referendum or a general election, a minority government and a PM that no one has elected are apparently set on achieving their will by converting to their purposes a swarm of micro-institutions of which almost all voters, and most constitutional ‘experts’ have little or no knowledge. The unfixed constitution has been exploited until it has failed to have any credibility as a guarantor of democratically responsive government or constraint on the executive’s power whatsoever.

It remains just possible still that Parliamentary control of the Brexit process may be reasserted, by one (or even two) of the four mechanisms set out by David Howarth. Perhaps there may even be a more striking (if temporary) change away from previous partisan practices at Westminster, leading to a general election, as sketched by Jonathan Boston. The Brexit story has already had more unlikely twists in the last three years. But it seemed unlikely back in July, and even more so now.

An alternative narrative may also develop where in response to one or more counter-actions in the Commons the Johnson government can represent itself as forced to hold an election. In such a poll the PM might be able to rely on voters’ anxiety to get shot of Brexit and to talk about something else at long last, using issue fatigue to smooth over whatever Machiavellian manoeuvres preceded the electorate’s involvement. There is a bleak precedent here, from Australia in 1973 when a partisan governor-general, Sir John Kerr (representing the Queen) abruptly terminated the Gough Whitlam government, and installed a Liberal PM. The new premier called a general election and won – thereby burying under the weight of a popular endorsement the skullduggery that had preceded it. The equivalent outcome here could yet see a Johnson victory (perhaps even a landslide) against a still hopeless fragmented ‘remainer’ opposition.

A third and final possibility, though, is that the government lives on, Brexit happens, but the current constitutional failure deepens further into the UK becoming a ‘failed state’ in multiple dimensions, as even some liberal conservative voices have suggested. The management of a liberal democratic state is a delicate business. Coming after prolonged austerity Brexit has already wrought significant damage to the UK governing apparatus, with policy inertia exerting a pall for more than three years. We’ve known since the London and city riots in August 2011 that the UK state is in a fragile and not resilient condition. It is more than ever reliant on the quasi-voluntary compliance of almost all its citizens to carry on working. Johnson’s manoeuvre must cause a further delegitimization of government, risking a spectrum of severely adverse developments that might include significant civil disobedience, some public order turmoil, a weakening of ‘tax discipline’ (‘no taxation without representation’), and in short order the break-up of the UK.

Patrick Dunleavy is Professor of Political Science and Public Policy at the London School of Economics, and Centenary Professor at the University of Canberra. He is the lead editor of The UK’S Changing Democracy (LSE Press, 2018), published free and open access.

All articles posted on this blog give the views of the author(s), and not the position of LSE British Politics and Policy, nor of the London School of Economics and Political Science. Featured image credit: Pixabay (Public Domain).


This work by British Politics and Policy at LSE is licensed under a Creative Commons Attribution-NonCommercial-NoDerivs 3.0 Unported.