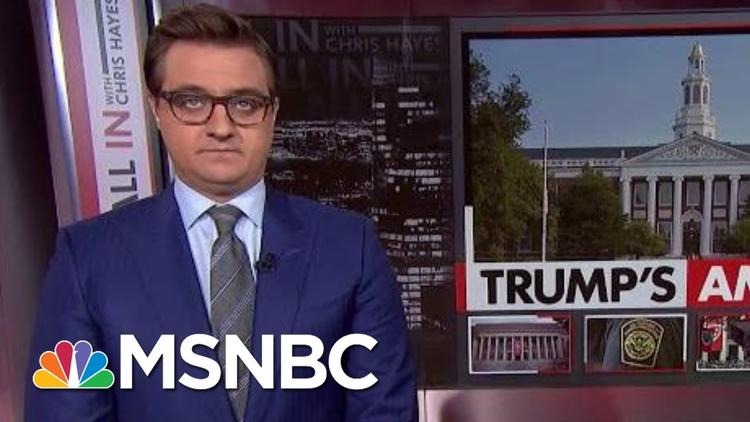 Seventeen-year-old Ismail Ajjawi must have been giddy with excitement when he, a Palestinian refugee living in southern Lebanon, won a major scholarship to Harvard University. The prospect of a new life studying medicine in the United States, in one of the world’s most prestigious universities, must have been absolutely stupendous.

His high hopes, however, have been dashed by the US border agency. Flying into Boston’s Logan International Airport, Ajjawi was detained, interrogated for hours on his political and religious beliefs, screamed at and eventually deported.

After invading his privacy by forcing their way into his social media account, border officials determined that some of his online “friends” had posted “political” views which were critical of the US. This apparently made him “inadmissible” to the country, despite having been already granted a visa.

Although a particularly egregious case, Ajjawi is by no means alone among his Palestinian compatriots. Such unjust restrictions on movement, migration, travel, study and employment frequently target many different peoples from the global south. The racist regimes employed by European and American border agencies are by no means unique to the current Trump administration. However, the Palestinians are an almost unique example of a particularly vulnerable, stateless population, which is subject to frequent and arbitrary global movement restrictions.

Ajjawi’s case is a prime example of this phenomenon. A particularly gifted and talented teenager, he was seeking a new life in order to better himself through education. Is this not the goal that Euro-American racists claim to be promoting when they extol the virtues of Western imperialism; the promise of being “civilised”?

It is tragically common for Palestinians seeking visas to travel to Britain also to be denied entry on spurious and usually opaque grounds. The organisers of Palestine solidarity events often have a very hard time getting Palestinians into the country to speak at their rallies and talks, because the UK Border Agency is so miserly with issuing visas.

The arbitrary and capricious rescinding of Ajjawi’s visa to study as a doctor in the US, as well as his racist treatment at the airport, is quite similar to Israeli treatment of Palestinians, people of Arab descent and people of colour generally at Ben Gurion Airport outside Lydda, in present day Israel. That is not to say that Israel is the cause of American or British racism; far from it. Both countries have their own long and undistinguished histories of such prejudice, rooted in empire, capitalism and the insidious ideology of white supremacy.

If anything, though, Israel is a product of western imperialism, racism and anti-Semitism; the anti-Semitic view that Jewish people do not “really” belong in Europe is shared by the Zionist movement, as well as by fascists. However, there is a detectable process by which Israeli innovations in racism, discrimination and warfare against civilians influence specific European and American practice; this has been dubbed “Israelification”.

Examples of this process include Israel’s training of police officers in Ferguson, Missouri, where police shot dead 18-year-old Michel Brown, triggering the Black Lives Matter movement against systemic racism in the US. Israeli arms manufacturers also market their deadly wares in the west as “field tested”; on Palestinian civilians, they would have added if there was any truth in advertising.

Israel has long made the argument to western powers that it can act as a useful regional ally, one in accord with their (imperialist) interests, and a useful attack dog. Western politicians too often believe this line, despite the fact that Israel has for decades been spying on them aggressively at the same time. The Jonathan Pollard case in America demonstrated this, as did the papers leaked by Edward Snowden, which showed Israel to be a top target of US counter-intelligence, a threat in the same league as that posed by China, North Korea and Venezuela.

The Palestinian people meanwhile remain trapped in their precarious existence. No matter where in the world they live, they are at risk of discrimination. The institutional sympathy of western government entities for Israel’s apartheid regime means that the borders of Israeli occupation are not limited to Palestine itself.

This was illustrated by Donald Trump’s racist supporters, when they chanted “Send them back” against Ilhan Omar, Rashida Tlaib and the rest of “The Squad” of left-wing Democratic lawmakers. Ironically, when Tlaib did attempt to “go back” to her homeland of Palestine for a visit in August, Israeli restrictions (egged on by Trump personally on Twitter) made that impossible. That, in a nutshell, is the plight of the Palestinian people. No matter where they try to go, or what they try to do, on top of everything else they have to contend with, they face the poison of racism.