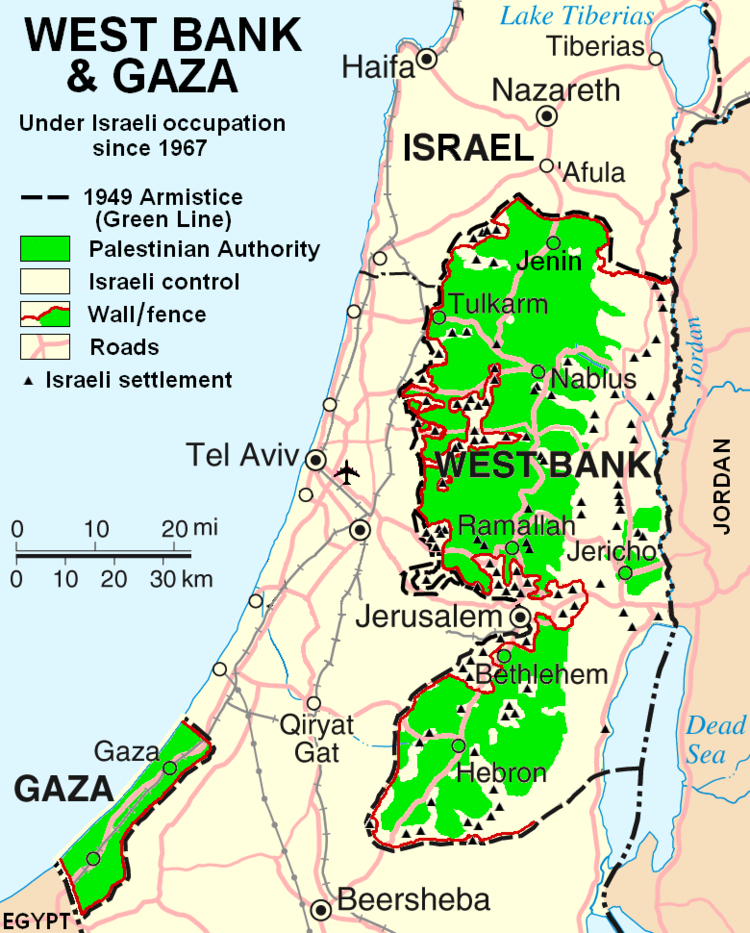 Ann Arbor (Informed Comment) – Congresswomen Ilhan Omar and Rashida Tlaib did a press conference on Monday in response to their having been barred by the Israeli government from leading a visit to Israel and Palestine. They repeatedly referred to Occupation and the conditions of occupation.

I have a sinking suspicion that this talk of occupation goes over the heads of most Americans, who do not know that Israel is keeping 5 million Palestinians under military occupation. Palestinians see their land usurped, roads are built through their villages that are only for Jews, and hundreds of thousands of Israeli illegal aliens are flooding in to their territory without their permission.

But most Americans have been so confused by Israeli propaganda that they don’t even know that Palestinians are occupied and stateless.

It is probably better to explain that Palestinians have been colonized by Israelis, in the way that the 13 colonies were colonized by the British Empire of George III. Just as the Founding Fathers wanted independence and a Bill of Rights, so do Palestinians. I’m sure George III saw the Americans as terrorists, and the Israelis have managed to tag any resistance to their colonial drive as “terrorism,” even if it is nonviolent.

The most recent form of nonviolent resistance to colonization is Boycott, Divestment and Sanctions, or BDS, which the congresswomen support.

Because what most Americans know of the history of Palestine is from the Bible, they associate Jews with the Holy Land. But that association has had its ups and downs, to say the least. From 70 AD until 614 AD the Roman Empire did not allow Jews by law to live in Jerusalem. It isn’t true that the Romans expelled them all after the destruction of the Second Temple in 70 AD or after the defeat of the Bar Kochba Revolt in 136 AD, but it is true that the communities in the Galilee and Tiberias came under pressure from Christian Rome from the late 300s through the 500s, and that some or many converted. After the conquest of the three provinces of Eastern Roman Palestine by the Arab Muslims in the late 630s, Jews mostly gradually converted to Islam. From roughly 1100 AD until the middle of the nineteenth century, there were hardly any Jews in geographical Palestine, what is today Israel and Palestine. When Napoleon Bonaparte invaded the Ottoman vassal state ruled by Jazzar Pasha in Palestine in 1799, the French did an informal census of the population and only found 3,000 Jews.

The rise of a Jewish community in nineteenth-century Palestine was intimately connected to the geopolitical rise of the great European colonial Powers– France, Britain and Russia in particular, and to the rise of European Romantic Nationalism. The Powers sought client communities in the Middle East as a pretext for gaining a say over policy with the Ottoman sultan. The British in particular announced that they looked after the Jews (what with the relative lack of what you might call Anglicans).

The beginnings of a revival of Jewish presence in Palestine lay with the nineteenth-century Zionist movement, which reimagined Judaism as a basis for an exclusive national identity, rather than being a private religion.Until the mid-twentieth century, most Jews found this idea sacrilegious and insulting, not to mention unwise (French Jews are very French and don’t want to be tagged as dual nationals the way Trump tagged American Jews as all sort of Israelis). Zionist leaders were well aware that Palestine had hundreds of thousands of Palestinians, but they nevertheless dreamed of finding ways to displace them and steal their country.

These plans were fantastic, even once they were backed in 1917 by the British cabinet in the Balfour Declaration. The British routinely thought in terms of moving people around for imperial purposes. At one point they thought they might bring millions of Punjabis to Iraq. If you think Iraqi politics is complicated now… When the British conquered Ottoman Palestine, they were in a position to back Jewish settlement, but until 1930 it was a relatively small affair. Moreover, the British promised a Palestinian state by 1949, just as they promised colonized Iraqis an Iraqi state. The Iraqis won theirs. The Palestinians were ambushed along the way.

What made the Zionist enterprise of founding a Jewish state possible was the rise of a virulent white nationalism in Europe, which coded Jews as the “Other,” as an “infestation” and pollution of the body politic, and which ultimately deployed the modern engines of barbarity in the service of an attempt to wipe them out. Those who could, escaped, and the British-announced sanctuary in Mandate Palestine was one of the few refuges available. (The US government would not let fleeing Jews in, and the same was true for many other governments of the 1930s, including Brazil).

The rise of a Jewish community 500,000 strong by the 1940s with designs on Palestinian territory led to a civil war in 1947-1948 as the British prepared to leave, in the midst of their decolonization. The 1.2 million native Palestinians were attacked by Zionist militias seeking to ethnically cleanse them and clear space for their ethno-nationalist settler-colonial state. When the smoke cleared by early 1949, the Palestinians had lost everything. Some 720,000 were expelled from their homes and made refugees. Others subsisted in Egyptian and Jordanian military spheres. A few hundred thousand remained in what became Israel, much to the chagrin of the Israeli right wing, which wants a Jewish-only state rather than one in which 25% of the population consists of Arabs and other non-Jews.

The Israeli Occupation of Gaza and the West Bank has deprived 5 million people of the rights of citizenship. As US supreme court chief justice Earl Warren wrote, “”Citizenship is man’s basic right, for it is nothing less than the right to have rights.”

The Israeli occupation of the 1967 territories of Palestine is no longer really just an occupation, since the law of occupation pertains to ordinary 4-year wars when one side temporarily takes another country’s territory. Since 1945 it has been illegal to take that territory and then keep it. What we really have in Palestine is an Israeli colonial enterprise. France no longer has Algeria or Vietnam and Britain no longer has India, but Israel has Palestine, and Israel rules Palestine very much in the way that the old colonial states ruled their overseas subjects.