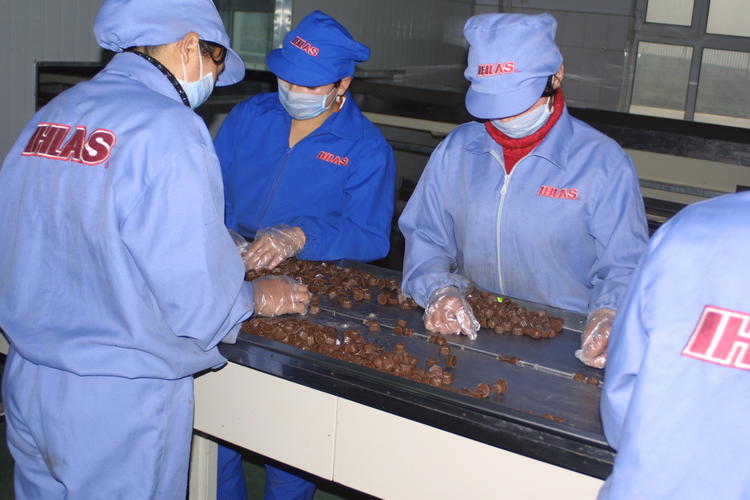 China is coming after us! Time to steel ourselves for battle against the human-rights-violating, currency-manipulating, job-grabbing, intellectual-property-stealing, missile-launching evil doers. Or so Washington, D.C. would like us to believe.

Washington’s list of grievances is long, but they all boil down to this: China unfairly competes with the United States economically and poses an increasingly dangerous military threat. We have to stop them before the danger gets worse.

That’s the cover story. In reality, Washington is angry that China has rapidly advanced to become the world’s second-largest economic power. Capitalist ideology tells us that a socialist country led by a Communist Party is inefficient, lacks initiative, and only produces poverty. So when reality conflicts with ideology, well, reality must be wrong.

China can be criticized for many things, including its human rights record, burgeoning class divisions, and corruption. But China has flourished economically despite having to function under world trade rules set up to benefit the United States and its allies.

For the past year, the Trump Administration has, with grudging acceptance by high-level Democrats and Republicans, intensified economic warfare against China. As I predicted a year ago, the war hasn’t gone so well for the United States. In spite of tremendous Trumpian pressure, China hasn’t backed down.

In fact, Trump’s trade war has destabilized the US economy and led to a 5.5% drop in gross private domestic investment, according to David Kotz, economics professor emeritus at the University of Massachusetts Amherst and an old friend.

“A trade war creates uncertainty so big business owners sit on their hands and don’t invest,” Kotz tells me. “If the economy continues on the current path, I think a recession is likely.”

Last July, the Trump Administration announced plans to unilaterally impose 25% tariffs on $250 billion of Chinese imports, which may present a breach of World Trade Organization rules. (Reese’s Golden Rule: if China started the trade war with unilateral tariffs on US products, wouldn’t that be against the rules?) But hey, when has illegality ever stopped Trump? The tariffs have raised prices in the United States as corporations passed some of their increased costs along to consumers.

In addition, Washington stopped some US companies from doing business with Chinese companies, declared phone company Huawei to be a national security risk, stopped giving visas to some Chinese graduate students, and pressured US universities to close Chinese government-funded programs teaching Mandarin and promoting Chinese culture.

China retaliated by imposing tariffs on US agriculture and other products, causing huge economic disruption to sectors of the US economy. The tariffs haven’t brought manufacturing jobs back to the United States. Corporations like Apple are looking to shift production to Vietnam and other developing countries.

Earlier this month, the Trump Administration upped the ante by threatening to impose 10% tariffs on all remaining Chinese imports, some $300 billion annually. In reaction, world stock markets plunged and China devalued its currency. The devaluation allows China to sell more goods abroad and undercut the impact of US tariffs.

So who’s winning the trade war? The tariffs on China haven’t produced US jobs, but they have helped increase the US trade deficit. China’s economic growth has slowed. Chinese consumer spending is down. Some US corporations have moved out of China. The drop in China’s currency makes it much more expensive to pay back loans made in dollars.

“Both sides are hurting from the trade war,” says economist Kotz. “But so far, China has only agreed to things that don’t affect its core economic programs.”

China is willing to negotiate new trade agreements if they are fair to both sides, says pro-Beijing internet blogger Nathan Rich. However, he says, “if China views the treaties as forced or particularly unfair, it will not sign them.”

Significant business sectors continue to get mad at Trump, including agribusiness and companies in the industrial Midwest. David French, a senior vice president at the National Retail Federation, offers this prediction: “The tariffs will cause job losses and higher prices for everybody, but especially [Trump’s] base.”

Ordinary Americans don’t get too worked up over arcane tariff rules, so Washington hopes to spread fear by portraying China as a major military threat. President Barack Obama tried to “pivot to Asia,” which included beefing up the US military presence near China. Now Trump’s White House continues the propaganda, criticizing China’s presence in the South China Sea and its development of ground based missiles.

China is far weaker than the United States militarily, and that’s not likely to change for decades. However, China does pose a threat to those in Washington’s ruling elite who seek to impose their economic and military might on the world.