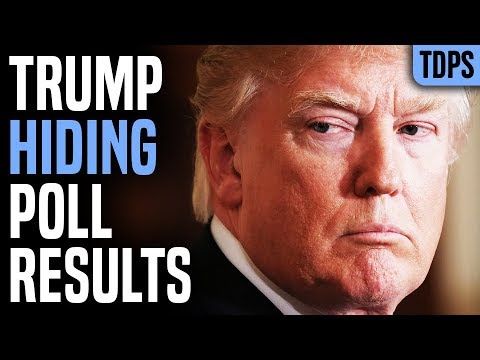 (Informed Comment) – In the run-up to the 2016 presidential election, noted philosopher and culture critic Slavoj Žižek said in an interview with Channel 4 News in UK that if he had been a US citizen, he would have voted for Donald Trump. Even though Trump “horrifies” him, Hillary Clinton was the “true danger” because “she stands for this absolute inertia [while] pretending to be socially progressive.” Presumably, a Clinton victory would have betrayed or co-opted progressive supporters, and that would have eventually deepened alienation among the electorate, leading to further political stagnation.

He claimed that a Trump win, on the other hand, would force “… both big parties … to return to basics, rethink themselves, and maybe some things can happen there. [I]t will be a kind of big awakening.” In other words, an unorthodox politician like Trump, whose major talents lie in creating deep fear and posing existential threats, would unwittingly engender a radical reaction, injecting a much-needed energy into the body politic. This would fuel real social change in ways that Clinton—or a standard Republican candidate—never could.

Since then, Žižek claimed that recent developments have proved him right. Last June, in an op-ed for the Independent, he writes that “… I stand by what I said, [and] I think last year’s events fully confirmed my choice.” He does not specifically say what those events are, but one may safely assume he means, at least in part, the election of four progressive candidates to the House in the 2018 midterm elections. Is one to suppose that they and the people who elevated them to Congress, a collective constituency of nearly 760,000 people, are some of this Trump-inspired reaction?

Partisans of the far-left, according to Žižek, could never find common cause with establishment Democrats, and Democratic voters have nothing in common with Republicans because of a “growing lack of agreement on the basics in US politics.” It seems that Americans can no longer come to any consensus on anything. Group A believes that its experiences are “alien” to Group B and vice versa. Many “don’t understand [another group’s] feelings and don’t care about [its] vital interests.”

Consequently, Žižek asserts that Trump is the solution to our political impasse since his “victory can start a process out of which an authentic Left would emerge” independent of those like Hillary Clinton and Joe Biden. In fact, the president has already “triggered a process of radicalization in the Democratic Party.”

Supporting Trump in order to facilitate a kind of radical political reorientation is highly dangerous and irresponsible. We are facing a rapidly accelerating climate catastrophe and have already lost several years under the current regime to do much about it. If Trump wins again, we could well lose—with horrifying consequences—the time that remains. In addition, according to the Bulletin of the Atomic Scientists, the administration’s nuclear arms policies have increased the threat of terminal destruction. Despite his Leftist orientation and sympathy for people like Bernie Sanders, Žižek’s support for Trump and the theoretical rationale for it are part of the problem, not the solution.

The fact that Clinton shifted some of her positions under popular pressure during the primaries and would have likely continued to do so had she become president speaks against Žižek’s notion that after her nomination, she formed an “impossible coalition” with Sanders that was doomed to failure. The Wall Street Journal reported that as she faced off with Sanders in 2016, she became more receptive to demands to change some of her earlier policy plans. For example, she began to support increases in Social Security benefits, backed off from possibly approving the construction of the Keystone XL pipeline, supported more gun safety measures, and started to oppose some so-called free trade agreements in response to labor union pressure. Modifications such as these might have become wider as Clinton discovered how well they would have resonated with the public. At the very least, she demonstrated a willingness to change direction. Trump’s government has shown no such flexibility, and that could prove fatal for the reasons mentioned above.

Much of what Žižek argues regarding a great American political schism collapses upon examination. He repeats assumptions, which frequently appear in the press, about a hopelessly divided US population that cannot agree on the basics of social organization or fundamental solutions to pressing problems. There is, in fact, broad agreement on a host of issues (though by no means all), and that consensus has existed for at least eighty years.

A good first step to understand this is to review what Americans have or have not supported over time. Therefore, a reasonable measure of pre and post-Trump attitudes and consensus (or a lack thereof) about matters of basic survival for millions of people can be found in decades of polling data. A brief survey of Americans’ views on poverty alleviation, access to healthcare, public education, and wealth disparities can give us a window into the veracity of Žižek’s claims that there is massive disagreement “on the basics” and that the Trump administration has sparked a new, radical Left.

For decades, much of the public has wanted more, not less, government assistance in response to economic and social troubles, starting at least from the 1930s. A 2010 Pew Research Center analysis of the available public opinion data from 85 years ago found that “… average Americans of the mid-1930s revealed downright ‘socialistic’ tendencies in many of their views about the proper role of government.” Only two percent self-identified as “socialist,” but most supported “liberal” social and economic policies. Much of this is still true today.

A Pew survey from 2013 found that just two years later—and three years before Trump’s election—those numbers increased, and in some cases, by quite a lot:
• 59 percent wanted to keep spending on poverty alleviation the same
• 69 percent opposed Medicare and Social Security cuts, including 62 percent of Republicans
• 80 percent favored then-current levels or even an increase in public education spending

In terms of wealth distribution, a 2015 Pew study reported,
• 64 percent of the population believed that US corporations do not pay their fair share in taxes
• 67 percent said that wealthy individuals do not contribute enough to US tax rolls

These numbers speak to a wide consensus, suggesting most Americans believe that wealthy, powerful elites unfairly benefit from the current economic system and that income should be distributed in a more equitable manner.

Let’s fast-forward to the Trump administration’s tenure. One might expect, given Žižek’s prediction, that we would witness a dramatic upsurge, a “radical” spike in progressive sentiments. We should therefore see that reflected in greater support for what the GOP calls “entitlement” or “socialist” programs. Pew’s latest study, conducted in 2019, has this to say: “In most cases, the public’s views on government spending have changed little since 2017, but there is considerably more support for increased spending in several areas now than in 2013.” So, starting in 2013, during Democrat Barack Obama’s second term in office, increases in support for social help programs, healthcare, and public education began and then later leveled off, showing little marked change after Trump assumed the presidency.

Žižek inaccurately characterizes Bernie Sanders, and, one assumes, figures like Elizabeth Warren and Alexandria Ocasio-Cortez as radical leaders of a policy-driven civil war within the Democratic Party. They are not extremists. They represent longstanding, mainstream sentiments, at least if the population is considered a crucial part of the political landscape. The above-mentioned lawmakers, two of whom are current Democratic presidential contenders, seek to continue and build upon Roosevelt’s New Deal: they advocate for greater poverty alleviation, the expansion of a national health service, more funding for Social Security and public education, including free higher education, and a more equitable distribution of wealth. These initiatives are not new, and Sanders, for example, has been supporting them for over fifty years, not since the last presidential election cycle or as a result of Trump’s victory.

The two main political parties have moved in a precariously rightward direction since the 1970s. The population, however, has not, and it is largely aware that it has been left behind. Sanders, Warren, and others say out loud what majorities of Americans would like to see turned into actual policy. To consign them and their preferences, as Žižek does, to some radical, militant category on the left end of the political spectrum unwittingly plays into Republican-authored caricatures of dreamy, unrealistic radicals bent on ruining the country.

Continuing to support Trump will do much more than harm the United States. Given what we face, the damage could become irreparable and global.