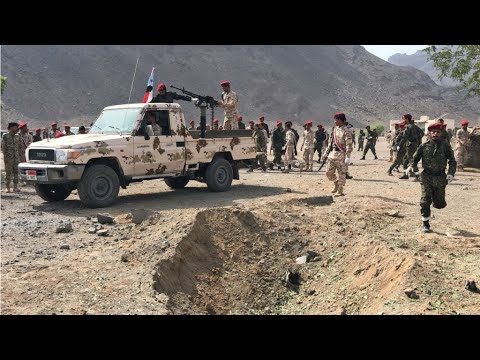 (Informed Comment) – After misleading hopes that the United Arab Emirates will withdraw from Yemen, severe recent clashes in Aden show that peace is still a distant prospect, while highlighting the consequences of the rivalry between Saudi Arabia and the UAE.

Various violent incidents have led to numerous casualties. Lately on Wednesday UAE-backed southern secessionists clashed with presidential palace guards, in an unsuccessful attempt to seize Aden’s Maasheeq palace. Heavy shelling, including tank usage, puts thousands of lives at risk and could further destabilize the city, which lacks central government control and where UAE-supported forces are a dominant force.

“We announce a general mobilisation of all our southern forces to march toward the Maasheeq Palace,” said Hani Ben Breik, deputy chairman of the pro-secessionist Southern Transitional Council.

While the president of the UN-recognised government of Abdrabbuh Mansur Hadi is exiled in Saudi Arabia, these militias are exploiting his absence, attempting to secure the designated ‘temporary capital’ while the Houthi rebels control Sanaa.

Though some mainstream media articles have focused exclusively on the Saudi Arabia-led war against the Houthis, it has often failed to address the UAE’s role in Yemen, which is far from benign. This has formulated an incorrect narrative that Saudi Arabia and the UAE are unified in Yemen and are both solely focused on defeating the Houthis.

Described by James Mattis as a “little Sparta” in the Middle East, the UAE pursues an assertively expansionist foreign policy to establish itself as a regional hegemon. Asides from fighting the Houthis in Yemen, it seeks control of southern Yemen’s ports to boost its global trade, and give itself a base to influence the wider region such as in East Africa. Meanwhile, Saudi Arabia simply seeks to crush any form of independent rule in Yemen, hence its ruthless bombing campaign on Houthi areas, and maintain a weak government it can manipulate in its southern neighbour.

Tensions had been brewing for a while, however. In February last year, Emirati-backed southern secessionist militias clashed with Hadi government forces in Aden, while they attempted a coup. While a truce was forged, albeit a temporary one, the tensions that sparked the clashes were not appropriately addressed, amid a focus on addressing the Houthis. These latest clashes were therefore inveitable.

Such geopolitical tensions had manifested elsewhere in Yemen, in places like Taiz. A large Yemeni city, Taiz has born the brunt of Saudi Arabia and the UAE’s rivalry. The Emiratis have backed the Al-Qaeda-linked militia of Abu al-Abbas, not just to fight the Houthis but to curtail the Saudi-supported Al-Islah party while, who are soft Islamists and tied to the Hadi government. The UAE opposes Al-Islah not just for its alleged ties with the Muslim Brotherhood, but that it has been an outspoken opponent to the Emirati occupation of Yemen.

Meanwhile, Saudi Arabia’s war on the Houthis, now in its fifth year, has failed to defeat the faction. If anything, they have become more empowered in northern Yemen since their initial insurgency from September 2014.

The recent Houthi-claimed attack on an Aden military parade is arguably an attempt to send a message to the Emiratis, opposing their occupation of south Yemen.

This will likely lead to a further proliferation of Emirati-backed militias, which could in the long-term deepen tensions between the Yemeni government and southern secessionists.

“This attack was planned to make all of Aden fall into the hands of Islah,” Hani Ali Breik said, showing that Emirati-backed secessionists seek to use the violence as a pretext to mobilize their own forces for their own ends, and are still less preoccupied with the Houthis.

As Abu Dhabi has shifted its focus from fighting the Houthis, rather than withdrawing from Yemen entirely, it shows a greater rift in Saudi Arabia and the UAE’s agendas. Their political rivalries will have further consequences for Yemen, beyond that which has already occurred.

Though the UAE was claimed to have commenced a withdrawal from Yemen, this is merely an illusion. Not only was there no official statement from the Emirati government confirming this, UAE Minister of State for Foreign Affairs Anwar Gargash claimed that they were preparing for the ‘next phase’ of the Yemeni war.

For the UAE this means continued support for its various secessionist militia factions, which come under the umbrella of the so-called ‘Security Belt’.

Saudi Arabia has sent more military reinforcements to Aden, which could further aggravate tensions, and push the southern secessionists into taking a more hard-line stance among fears of a plan to crush its ambitions. That the Yemeni authorities are tightening their security after the latest incidents could develop into a sterner military response from them. Meanwhile the UAE backing of militias will continuously provoke violence.

The United Nations has called for a decrease in Aden’s violence, expressing that it is ‘alarmed’ at the latest clashes. Yet it has failed to address the root causes of it, or condemn those provoking it. Meanwhile UN special envoy to Yemen Martin Griffiths has visited the UAE frequently, while not taking the opportunity to use his position to call for a better and more positive solution or urging the Emirati government to support peace. Clearly the UN’s role has been ineffective so far.

Further reigning in on Saudi Arabia and the UAE’s provocative role, particularly giving greater attention to Abu Dhabi’s divisive actions, is therefore crucial in rescuing any dwindling hopes of peace in Yemen. Their Western backers and military suppliers, namely the United States, the United Kingdom and France, must play a key role in this.