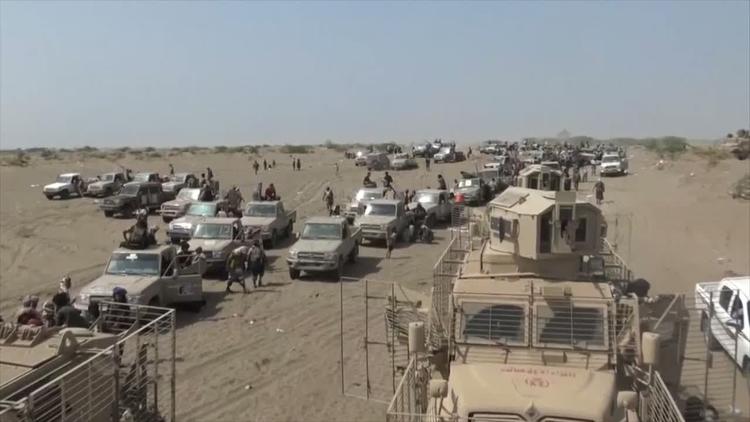 (Al-Bab.com | – Last Thursday Yemen’s southern separatists sent a letter to the UN Security Council and to the foreign ministers of all EU member states. Written in flawless English, it set out their grievances and demanded “credible southern representation” in political processes aimed at ending the four-year-long war.

With hindsight, the letter can be seen as a pre-emptive justification for what was to follow. Two days later the separatists seized control of Yemen’s second city, Aden.

The previous Tuesday, a separatist delegation headed by Aidarus al-Zubaidi, president of the Southern Transitional Council, met Martin Griffiths, the UN’s special envoy, in Abu Dhabi. Zubaidi reportedly told him peace can never be achieved without the southerners’ participation “as a principal and independent party”

Up to now, the “southern question” has not attracted much interest internationally. The general approach in Yemen-related diplomatic activity has been to keep it on the sidelines pending a solution of more urgent problems – such as the four-year-long war. The separatists are seeking to change that. Although their ultimate goal is independence for the south their immediate objective is to make the world see them as an element that cannot by ignored in any negotiations.

The seizure of Aden has given them significant leverage in this direction but it won’t automatically translate into international support. However, the STC seems well aware of the need to engage in diplomacy, and to that end it has been setting up quasi-embassies in the form of non-profit companies. One is the Southern Transitional Council (US) Ltd in Washington and another is the Büro der Außenbeziehung des Übergangsrates Südarabiens in Europa e.V. in Berlin.

The STC is also said to be getting help with its diplomacy – and last week’s letter to the UN and EU appears to be an example of that. Although it was issued in the name of the STC’s Foreign Affairs Department, close examination of the text suggests it was actually written by a native English speaker with a background in international diplomacy.

Documents filed in the US under the Foreign Agents Registration Act show that for most of last year the STC was paying $15,000 a month to a lobbying firm called Grassroots Political Consulting. Around the same time it was also receiving $20,000 a month for lobbying work on behalf of Libyan warlord Khalifa Haftar.

The firm’s activities on behalf of the STC are described here: