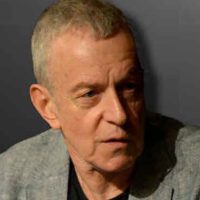 (Al-Bab.com) Columnist Melanie Phillips appears to be claiming that Islamophobia isn’t real A column by Melanie Phillips in last week’s issue of the Jewish Chronicle has been causing dismay both inside and outside Britain’s Jewish community – so much so that on Tuesday the paper’s editor issued an apology “to any reader who is angered […]

(Al-Bab.com) – The Egyptian authorities have issued a notice to accredited foreign journalists based in Cairo. Basically it seeks to restrict their reporting of demonstrations by demanding compliance with some rather bizarre “professional standards” — presumably with the threat of expulsion if they disobey. Here is the text: The State Information Service calls upon Correspondents […]

( Al-Bab.com ) – Twitter announced on Friday that it has closed down a series of accounts connected with the UAE, Egypt and Saudi Arabia as part of its effort to shed more light on “state-backed information operations”. Regarding the United Arab Emirates and Egypt, it said: “We have removed a network of 271 accounts […]

(Al-Bab.com) – Last Friday, for the 29th week in succession, demonstrators took to the streets of Algiers. It’s now five months since they achieved their initial goal – triggering the resignation of President Abdelaziz Bouteflika after more than 20 years in power – but their demands go far beyond that. They want a complete overhaul […]

( Al-Bab.com) – The Saudi-led coalition waging war on Yemen’s Houthis is undergoing emergency repairs following last week’s armed clashes between rival anti-Houthi forces. The whole of Shabwa province is now said to be under the control of government forces after a failed attempt by southern separatists – trained and supported by the UAE – […]

(Al-Bab.com) – Intense fighting broke out in Yemen on Thursday as southern separatists and pro-government forces battled for control of the city of Ataq. Both sides in the conflict are officially members of the Saudi-led coalition against the Houthis who control the capital, Sanaa, and much of northern Yemen. The separatists are backed by the […]

(Al-Bab.com | – Last Thursday Yemen’s southern separatists sent a letter to the UN Security Council and to the foreign ministers of all EU member states. Written in flawless English, it set out their grievances and demanded “credible southern representation” in political processes aimed at ending the four-year-long war. With hindsight, the letter can be […]

(Al-Bab.com) – The Arabia Foundation, a pro-Saudi think tank established in Washington only two-and-a-half years ago suddenly closed down yesterday, citing “ongoing differences” among its donors that have “made continued operations difficult”. In a series of posts on Twitter the organisation’s founder, Ali Shihabi, said the closure decision was made by the board of directors. […]

(Al-Bab.com) – The point of diplomatic cables, and the cause of excitement when they are leaked, is that they are meant to be private – from which we might assume they contain information that is not generally known and is perhaps too interesting to be shared with the public. Sadly, that wasn’t the case with […]