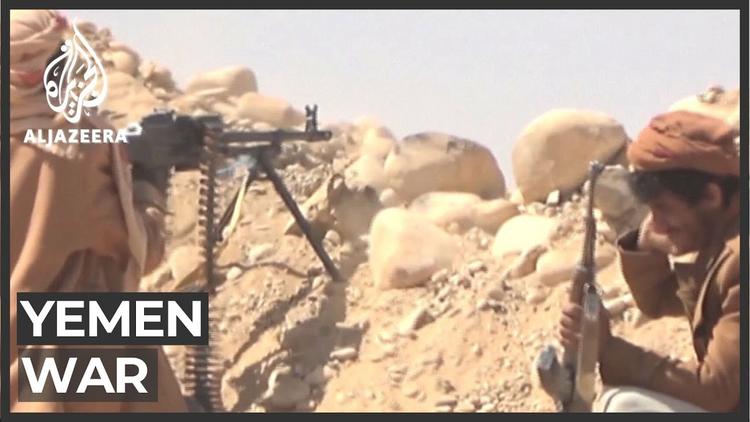 ( Al-Bab.com) – The US State Department confirmed on Friday that it is revoking a last-minute decision by the Trump administration to designate Yemen’s Houthi movement as a terrorist organisation.

The issue is not whether the Houthis deserve to be designated – their atrocities are well known – but Trump’s action, just days before leaving office, had legal implications for aid agencies, threatening to jeopardise relief efforts in the midst of what many regard as the world’s worst humanitarian crisis.

The incoming Biden administration responded initially by putting the designation on hold for review and has now formally cancelled it, with effect from February 16. Its move has been welcomed by the United Nations.

“This decision is a recognition of the dire humanitarian situation in Yemen. We have listened to warnings from the United Nations, humanitarian groups, and bipartisan members of Congress, among others, that the designations could have a devastating impact on Yemenis’ access to basic commodities like food and fuel.

“The revocations are intended to ensure that relevant US policies do not impede assistance to those already suffering what has been called the world’s worst humanitarian crisis.”

The statement added that sanctions previously imposed on individual Houthi leaders will remain in force and the US is “actively identifying additional targets for designation”.

The Houthi movement, also known as Ansar Allah (“The Supporters of God”), seized control of the capital, Sana’a, in 2014 and currently controls the north-western part of Yemen which holds about 80% of the country’s population.

On the other side of the conflict, airstrikes by the Saudi-led coalition opposing the Houthis have killed many civilians and there is evidence that some of those attacks amount to war crimes. Secretary of state Blinken has not held back from criticising that aspect of the military effort against the Houthis. Speaking at the end of January he said: “We’ve seen a campaign led by Saudi Arabia that has also contributed to what is by many estimates the worst humanitarian crisis in the world today, and that’s saying something.”

The Biden administration has said it will end US support for the Saudi-led military campaign in Yemen and is currently reviewing American arms sales to the kingdom along with those to the UAE, the Saudis’ chief Arab ally in the anti-Houthi coalition.

Aside from the Yemen war, though, the US has signalled that it wants cooperation in other areas to continue. “We have a partnership with Saudi Arabia,” Blinken told senators at his confirmation hearing. “I believe we should do what we need to help defend Saudi Arabia against aggression directed at it.”

That isn’t as straightforward as it might sound, however, because “defending” Saudi Arabia against “aggression” inevitably links back to the war in Yemen. During the conflict the Houthis have repeatedly used missiles and drones to attack Saudi territory. The most recent example came last week when they hit a civilian Airbus at Abha airport in southern Saudi Arabia, starting a fire.

Seeking to end the conflict

The American moves in relation to the Houthis and the Saudis can be seen as preliminary steps towards a renewed peace effort. The Biden administration sees no military solution to the conflict and is urging “all parties to work towards a lasting political solution”.

Desirable as that would be, the difficulties are not to be underestimated.

The roots of the problem can be traced back to the Arab Spring protests of a decade ago which led to the resignation of President Ali Abdullah Saleh after 34 years in power. In the aftermath of Saleh’s forced departure a political transition plan developed by Yemen’s Gulf neighbours and backed by the UN fell apart, plunging the country into civil war.

That turned into an international conflict in 2015 when the Saudi-led coalition launched a bombing campaign against the Houthis. The over-confident Saudis expected the Houthis to surrender quickly and when that didn’t happen they found themselves without an exit strategy.

A way out for the Saudis?

For that reason the Saudis may not be averse to a peace initiative from Biden. It could provide a way of extricating themselves without too much loss of face but a lot hinges on what the political outcome might be.

Yemen currently has two rival governments – an internationally recognised but largely ineffectual one in the south, and the unrecognised Houthi one in the north. For most practical purposes Yemen is now divided into two states, in line with the military dispositions.

One possible outcome of a peace process would be to formalise the partition – though that would amount to acceptance of the Houthis’ seizure of territory by force. The Saudis, meanwhile, would not want a Houthi state allied to Iran on their southern border.

If partition is to be avoided the Houthis would have to give up control of Sana’a and work with other political elements in a unified state, but at present there is no obvious reason why they would, at least in the short term.

Taking a longer view, though, the Houthis have a problem. They hold the most heavily populated parts of the country but lack natural resources. More sparsely populated areas to the south and east have oil and gas but are outside their control. In short, the economic prospects for a Houthi state, based on its current boundaries, are dismal.

The Houthis are well aware of that – which is why they have military designs on Marib province and its oil. So long as they retain hopes of capturing Marib they are unlikely to be amenable to compromise.

The Yemeni conflict is sometimes characterised as a proxy war between Saudi Arabia and Iran. The Houthis have a religious affinity with Iran and receive Iranian support but there is uncertainty about the extent of Iran’s influence or control over the Houthis.

Martin Griffiths, the UN’s special envoy on Yemen had talks in Tehran earlier this month – reportedly the first time he has done so. Iran’s official stance is that it favours intra-Yemeni dialogue and the establishment of a broad-based government, so presumably Griffiths is hoping the Iranians will nudge the Houthis in that direction.

Iran is in a position where it can choose to be either constructive or obstructive and there’s a risk that it might use cooperation on Yemen as a lever in negotiations about the nuclear deal that Biden is seeking to revive after it was sabotaged by Trump. Meanwhile Saudi Arabia, which strongly opposed the nuclear deal, is unlikely to welcome Biden’s effort to reinstate it.

The danger here is that moves towards peace in Yemen could become entangled with disputes about the nuclear issue between two of the Yemen conflict’s opposing players.