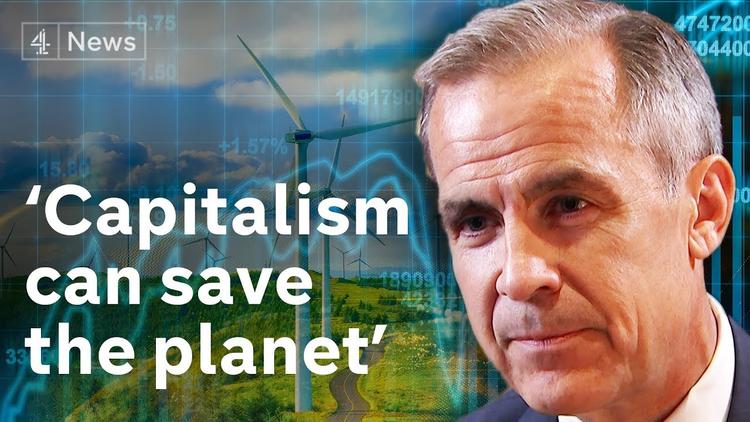 You may have missed it, but a recent report declared that the main strategy of world leaders for tackling climate change won’t work. It’s called green growth, and it’s favoured by some of the largest and most influential organisations in the world, including the United Nations and the World Bank.

Green growth is a vague term with many definitions, but broadly speaking, it’s the idea that society can reduce its environmental impacts and slash its emissions, even while the economy continues to grow and the quantity of stuff that’s produced and consumed increases.

This would be achieved by improving the efficiency of production and manufacturing processes, transitioning to cleaner energy sources and developing new technologies to deal with the pollution that economic activity creates. Better yet, it’s argued, all of this could be done fast enough to meet the Paris Agreement target of keeping global warming to below 1.5ᵒC.

Fixing the climate crisis without having to compromise on economic growth sounds appealing. But the Decoupling Debunked report echoes work by prominent academics in finding that there is no evidence that societies have ever managed to decouple economic growth from emissions at this scale in the past, and little evidence they have the capacity to achieve it in the future.

It’s no surprise that, historically, global carbon emissions have gone up as economies have grown. The processes that produce the goods and services we all consume use raw materials as inputs and generate pollution, carbon emissions and waste.

Making these processes more efficient and swapping fossil fuels for renewables can, and has, reduced the average emissions that come with each additional dollar of economic growth. This is known as “relative decoupling”, because each dollar of new economic growth has fewer emissions attached to it, relative to each dollar of past growth. But, emissions still rise in absolute terms because the economy is still growing.

Since it is the total amount of carbon in the atmosphere that matters in the race against climate change, we need to contrast this idea of “relative decoupling” with the stronger concept of “absolute decoupling”. Absolute decoupling means that even as the economy grows, total carbon emissions fall year-on-year.

With this distinction in mind, the question becomes: is absolute decoupling of economic growth from carbon emissions possible? And can it be done fast enough to prevent catastrophic climate change?

The scale of the challenge

According to the IPCC, there is a 66% likelihood that the world can remain under the Paris Agreement target of 1.5°C of warming if we emit no more than 420 billion additional tonnes of carbon into the atmosphere, from early 2018.

Humans currently emit about 37 billion tonnes of carbon every year, and that number is still growing. Even the most generous projections suggest that if emissions continue at this rate, the carbon budget will be used up in less than 20 years.

The rate of decarbonisation that’s needed is huge, and far in excess of anything that’s been seen previously. Economic growth makes that challenge even harder, as gains in decarbonisation may be outweighed by increases in production and consumption. But green growth advocates insist it’s possible.

The IPCC’s Special Report, released in October 2018, gives 90 scenarios that would be consistent with limiting warming to 1.5°C, while also continuing with economic growth. So far, so good. But almost every single one of these scenarios relies on a negative emissions technology called Bioenergy Carbon Capture and Storage (BECCS) that’s completely untested at large scales.

BECSS involves growing large plantations of trees, which draw down carbon from the atmosphere, then harvesting and burning them to generate energy. The CO₂ emissions from this process are then stored underground. To limit warming to 1.5°C, this technology would need to absorb 3-7 billion tonnes of carbon from the atmosphere every year. That’s at least 2,000 times more than it’s currently capable of doing.

In order to absorb that much carbon, an area two to three times the size of India would need to be covered with tree plantations. Think about the difficulty of acquiring that much land, the pressure it would put on other land uses, like food production, and how much natural habitat it could erase.

No one can say that these feats are categorically impossible. But the evidence suggests that the chances of meeting the 1.5ᵒC warming target alongside continued economic growth are, at best, highly unlikely. Can we really take this risk — relying on unproven technologies to rescue us from the threat of climate change? Given the consequences of getting the gamble wrong, surely the answer is no.

Where does this leave us?

Proposals for green growth that rely solely on technology to solve the climate crisis are based on a flawed idea. This is, that the limits to the world’s physical systems are flexible, but the structure of its economies are not. This seems entirely backwards and more a reflection of the importance of politics and power in determining what solutions are deemed viable, than any reflection of reality.

If we can be optimistic about humanity’s ability to develop fantastical new technologies to bend and overcome the limits of nature, can’t we lend that same optimism to developing new economic structures? Our goal in the 21st century should be creating economies that allow people to flourish and grow, even when they don’t grow.