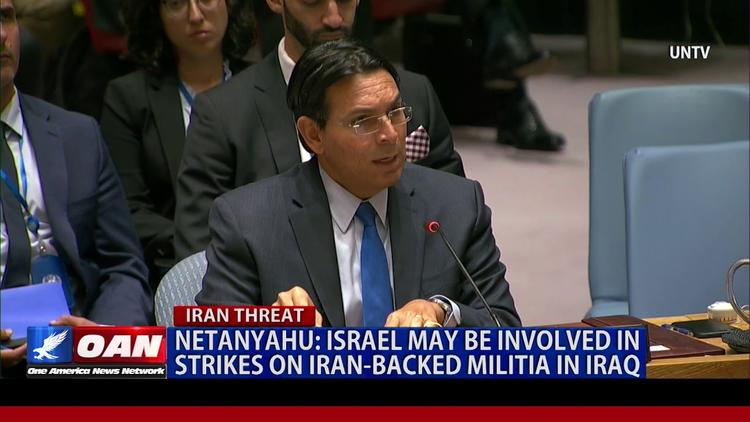 Ann Arbor (Informed Comment) – Former prime minister of Iraq, Nouri al-Maliki, responded to news that Israel had bombed Shiite militia bases in Iraq with threats that if it continued, Iraq would take strong defensive measures and would carry the fight to Israel itself, forming a multinational coalition and backed by Iran. Al-Maliki has been out of power since 2014 and while he still has some political support, he is not in a position to carry out these threats at the moment. Not to mention that Israel is a nuclear-armed state and has the best expeditionary army in the Middle East apart from Turkey, while Iraq is a military basket case. Al-Maliki may hope to use the issue, however, to unseat the current prime minister and come back to power.

US officials in Baghdad confirmed Friday that Israel had carried out an attack on the base of a Shiite militia inside Iraq in July, killing two Iranian military personnel detailed to the militia. This, according to Nabih Bulus and Noga Tarnopolski reporting for the LA Times. There have been several mysterious explosions at bases of the Popular Mobilization Units (al-Hashd al-Sha`bi) this summer and Israel is suspected by Iraqis of being behind them.

The Times (al-Zaman) of Baghdad reported the story differently, alleging that Israeli PM Binyamin Netanyahu had more or less admitted to attacking Iraq. It quoted him as saying in a TV interview given on Wednesday, after having been asked whether Israel had conducted airstrikes against targets in Iraq,

“”Iran is engaged in building military bases against us everywhere, in our territory and in Yemen, Syria, Lebanon and Iraq. But we are acting, not only defensively, but on a number of fronts against this state that wants to wipe us out.”

Al-Zaman reported that Netanyahu added that Israel operates in many regions against Iran.

Some of the Shiite militiamen initially blamed the US for the attacks, saying US bases allowed Israel to fly drones against the militias, but then dialed that back, probably after pressure from Iraqi Prime Minister Adel Abdul Mahdi. There are roughly 5,000 US troops in Iraq, who are doing training and helping in mop-up actions against ISIL remnants in the north of the country. Most elements of the Iraqi elite believe that the Iraqi army, which collapsed in 2014 and ran away from Mosul, needs the US military support. They are still more afraid of an ISIL resurgence than of US imperialism, unlike the cockier members of the Shiite militias, who think that with Iran’s help they can do it all themselves.

Nevertheless, some religious figures and politicians, like al-Maliki, may hope to use the issue and anti-American rhetoric is certain to increase.

The Trump administration had been hoping to draw Iraq away from its Iran alliance, and even unrealistically hoped that offers of Saudi aid could revive the 1980s Baghdad-Riyadh alliance. The Israeli attacks are certainly an impediment to this plan, and are having the effect of pushing Iraq toward Iran.

The Bush administration invaded Iraq in 2003, overthrew the Sunni-dominated Baath Party and enabled Shiite parties allied with Iran to come to power. The US power elite ever since has either been in denial about creating an ally for Iran or has kept dreaming of finding ways to beak up the Baghdad-Tehran friendship. Iraq is 60% Shiite and many Iraqi Shiites see their Iranian coreligionists as natural allies. Wahhabi Saudi Arabia, which generally despises and persecutes Shiism is not so attractive.

Some PMU units have fought on behalf of the al-Assad regime in Syria, coordinating with the Lebanese Shiite militia, Hizbullah. All are strongly pro-Iran. None of the Iraqis to my knowledge, however, have attacked Israel in any way. They have fought in Syria against extremist Sunni militias, one of them linked to al-Qaeda, which you would think was doing Israel a favor. Except that Israel had an alliance of convenience with the al-Qaeda affiliate in the Golan Heights for some years, so maybe not. The far right wing Likud government in Israel wags the dog on the Iran issue as a way of distracting from its full court press to colonize Palestine completely and permanently deprive Palestinians of basic human rights and of their ownership of their land, water and airspace.

One America: “Netanyahu: Israel may be involved in strikes on Iran-backed militia in Iraq”