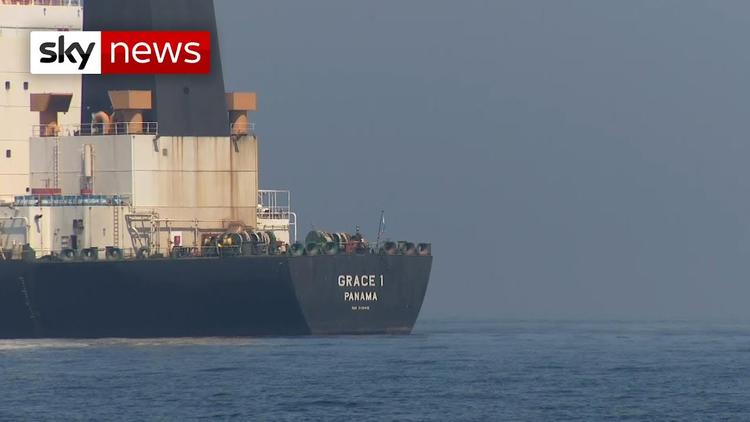 Ann Arbor (Informed Comment) – Aljazeera reports that its correspondent in the British overseas territory of Gibraltar, Andrew Simmons, confirms that a tanker carrying $140 million worth of Iranian petroleum has now left the island at the mouth of the Mediterranean. The tanker was seized by Gibraltar authorities on July 4 on the grounds that it was bearing petroleum to Syria in violation of European Union sanctions on that country.

Some have argued that the seizure of the vessel was illegal inasmuch as the European Union rule only applies to countries of the union and is about importing oil from Syria to Europe. Only individuals in Syria are under an EU resource sanction, not the whole country. Moreover, the ship’s captain denies that it was heading for Syria in any case. The seizure was encouraged by Warhawks in the Trump administration seeking to drum up a conflict with Iran such as national security advisor John Bolton and Secretary of State Mike Pompeo.

There is nothing in international or EU law that prevents Iran from freely selling its petroleum. The British move was ill-advised, and led to Iran seizing British-flagged vessels in the Gulf. Britain, in the midst of major political turmoil as a result of the Brexit issue, was wholly unprepared for military conflict with Iran and so in the end was forced to back down.

This retreat is a major defeat for the American war hawks who attempted to impose on Europe Washington DC’s campaign of maximum pressure against Iran. Europe remains committed to the 2015 Iran nuclear deal and does not agree that new aggressive sanctions should be placed on Tehran. Europe has rejected maximum pressure, and the Bolton/Pompeo attempt to draw Britain into hostilities with Iran has failed.

Gibraltar has its own elected government and institutions, including a Supreme Court. It is under the authority of Britain for issues in foreign policy, but Prime Minister Boris Johnson appears to have been uninterested in pressuring Gibraltar to halt the release of the tanker. On the day of the release, a court in Washington DC issued an order that the tanker should continue to be held, on the grounds that the petroleum it carried came from sources in which the Iranian Revolutionary Guards Corps has a financial interest. The Gibraltar Supreme Court rejected this order on the grounds that the US sanctions regime differs radically from that of the European Union and only the EU regime may be applied under Gibraltar law.

Incredibly, the European press is speculating whether the US Navy will intervene, without any warrant of international law.

Trump and his warmongers have not only failed to increase US prestige among key allies in Europe, but have actually so diminished the US superpower that now small European courts are defying it.