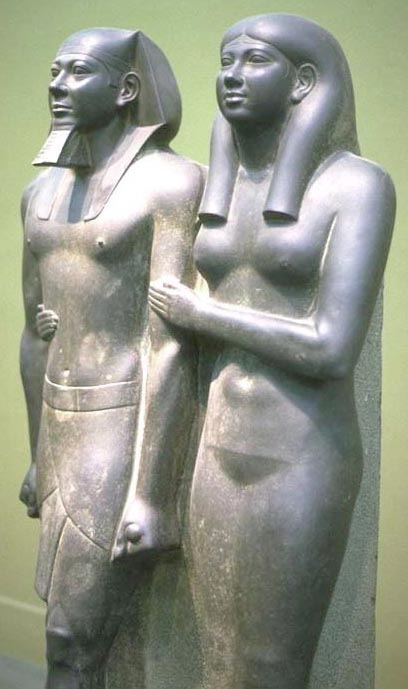 Ann Arbor (Informed Comment) – Chris Cillizza at CNN quotes the interchange between Erin Burnett and Ken Cuccinelli, acting director of US Citizenship and Immigration Services, over a new policy that might prevent immigrants who accepted public assistance from ever getting a Green Card and beginning the process of becoming citizens.

“BURNETT: I just played it. The poem reads, “Give me your tired, your poor, Your huddled masses yearning to breathe free, The wretched refuse of the teeming shore. Send these, the homeless, tempest-toss to me, I lift my lamp beside the golden door.” Wretched, poor, refuse, that’s what the poem says America supposed to stand for, so what do you think America stands for?

CUCCINELLI: Well, of course, that poem was referring back to people coming from Europe where they had class-based societies, where people were considered wretched if they weren’t in the right class, and it was written one year after the first federal public charge rule was written.”

Cuccinelli said that in 1882 just before the penning of the “A New Colossus” poem, a law had been recently passed about immigrants being able to support themselves, as though it were a warrant for his new policy. That is a historical distortion, since public assistance as we now have it did not exist, and the law simply required that immigrants be sane and healthy and able to support themselves. In any case, that law, the statue and the poem had nothing to do with one another.

The Statue of Liberty was not intended initially to be about immigration, in any case. Frédéric Auguste Bartholdi, the sculptor, was French but from a German Protestant family in Alsace-Lorraine, who tried to Latinize his family name by adding an “i.” Protestants were a small and often disliked minority in France, so Bartholdi was very much interested in individual liberty, being from a minority.

Bartholdi made a trip in his youth to Yemen and Egypt along with some other young artists. He was introduced to the engineer and entrepreneur Ferdinand de Lesseps, who was behind the project for a Suez Canal. This project was inspired in part by the Saint-Simonian movement in French political philosophy, which believed that the entire globe could be economically and politically united (and made peaceful) through big infrastructure. The Egyptian high official Rifa’ah al-Tahtawi was influenced by them, and wrote that the world was being brought together by the US transcontinental railroad and he urged a Suez and a Panama canal. This utopian socialist, Saint-Simonian impetus for the canal was of course only part of the equation. Egyptian rulers who favored it hoped it would be a cash cow via tolls.

In Egypt, Bartholdi became interested in monumental sculpture, under the influence of the gigantic statues he saw of Pharaohs and their queens. The queens especially impressed him.

In French revolutionary thought (and Bartholdi was a progressive), a female figure, Marianne, had become symbolic of liberty.

In the 1860s, with the prospect of the Suez Canal being completed, Bartholdi proposed to the Khedive Ismail (r. 1863-1879) of Egypt and to de Lesseps a monumental statue that would double as a lighthouse for the canal, “Egypt Carrying the Light to Asia.” The mock-ups show that he very much modeled the statue on Egyptian peasant women he saw during his travels. Ismail and de Lesseps liked the idea of a lighthouse, but they thought combining it with a statue would be too expensive. Bartholdi’s proposed title was very Saint-Simonian– the Suez Canal was not just an engineering feat useful to shipping but would allow the light of liberty sparked by the Rights of Man and the French Revolution to flow into the Indian Ocean from the Mediterranean.

Bartholdi fought in the Franco-Prussian War and was grief stricken that his birthplace, Alsace-Lorraine, was taken by Germany. He became a big partisan of the French Third Republic that emerged from the ashes of the defeated empire of Napoleon III. The Third Republic had both imperial and universalist aspects, part of what liberty meant to its proponents was certainly the transcendence of narrow ethnic forms of identity through universal rights. In the late 19th century not only were there about a million Italian guest workers, but Poles had started coming to work in the coal mines, and several thousand Algerians arrived (France had declared Algeria “French soil.”) Again, without at all wanting to elide the Orientalism and Aryan racism of French thinkers like Ernest Renan, there was a stream of rights universalism on the French left.

When the centenary of the founding of the United States approached, Bartholdi repurposed his “Egypt Carrying the Light to Asia” as a Statue of Liberty. It was meant to commemorate all liberty-loving peoples, including France and the United States (and I think Bartholdi would have distinctly excluded Bismarck’s Germany). The French government gifted it to the United States.

Initially, the statue was all about liberty– i.e. democracy and human rights and the rule of law. A fund-raising effort to pay for a pedestal for the statue was launched in 1883, and the prominent Jewish American poet Emma Lazarus was prevailed upon to write a poem for the pedestal as a way of whipping up enthusiasm. She produced “The New Colossus” (a reference to the Colossus of Rhodes):

Not like the brazen giant of Greek fame,
With conquering limbs astride from land to land;
Here at our sea-washed, sunset gates shall stand
A mighty woman with a torch, whose flame
Is the imprisoned lightning, and her name
Mother of Exiles. From her beacon-hand
Glows world-wide welcome; her mild eyes command
The air-bridged harbor that twin cities frame.
“Keep, ancient lands, your storied pomp!” cries she
With silent lips. “Give me your tired, your poor,
Your huddled masses yearning to breathe free,
The wretched refuse of your teeming shore.
Send these, the homeless, tempest-tost to me,
I lift my lamp beside the golden door!”

The Colossus of Rhodes had been a martial statue, erected in commemoration of the military defeat of Cyprus. Lazarus contrasted the male, warlike, triumphalist warning at Rhodes with the female figure in the harbor of New York– female, maternal, welcoming, “the Mother of Exiles.” The exiles are not given any ethnic specificity, but, in keeping with the Declaration of Independence (“all men are created equal”) and the French Rights of Man, are generic human beings.

Contrary to what Cuccinelli said, the poem actually contains the phrase