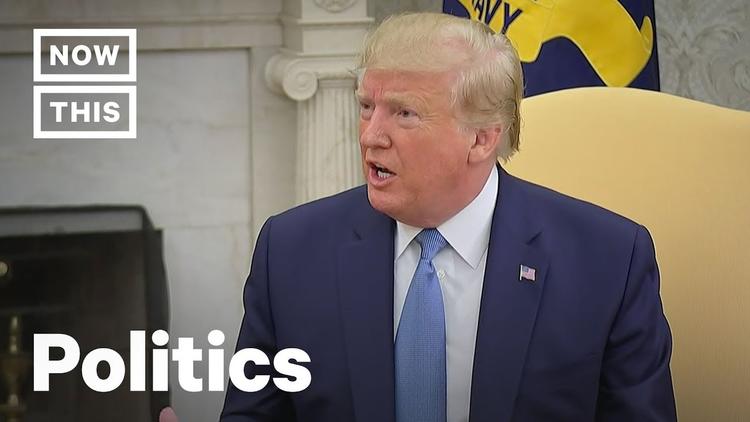 Lost in the constant stream of shock and awe that characterizes Donald Trump’s Presidency, he states that he could end America’s 19 year war in Afghanistan in ten days. The catch, as it were, is that he would have to kill 10 million Afghans to do so.

When we talk about killing, we must, out of necessity, talk about the dehumanization process that leads to it. In the case of Afghanistan, that process has almost been completed. Don’t believe me? When was the last time you read the name of an Afghan civilian who died because they had the misfortune of being born at the wrong time and in the wrong place? Can you think of anyone?

Retired colonel and NSC member, Jeff McCausland calls Trump’s comments a misunderstanding of modern warfare, but the art of dehumanization is certainly one aspect of warfare that the U.S. President excels at, knowingly or not.

It has been easy enough to dehumanize and disappear ‘those people,’ protests aside, into border camps and black-sites or leave them without in the aftermath of disasters. It is so much easier to vanish the people of Afghanistan, whose nation has long been the testing ground for America’s new people-less war and whose land includes vast mineral deposits.

It was Afghanistan, after all, where the first drone strike occurred (under Bush). It was in Afghanistan that all men over 15 were to be considered militants (under Obama) and it was in Afghanistan that the ‘mother-of-all-bombs’ was tested as if only the most powerful nonnuclear weapon could have vanquished 100 men in flipflops. Meanwhile, the Trump administration is entertaining the idea of withdrawing its troops and/or making peace with the Taliban, a situation that hardly bodes well for Afghanistan’s minority communities like the Hazara.

Putting aside the Taliban’s infamy, such a move could leave the country vulnerable to IS, who recently claimed responsibility for the Kabul wedding bombing that killed over 60 people. And the ill-conceived withdrawal from Iraq has shown the consequences that come with unaddressed power vacuums.

Now, with a coy wink, the suggestion is made that 10,000,000 people could be wiped from the face of the earth.

In other words, the Trump Administration is setting people up for extermination. What form that will take has yet to be determined.

This, incidentally, is what a preview for genocide looks like. It’s just a little more difficult to recognize because the war it springs from has been sanctioned for so long and the trigger finger belongs to the richest nation on the planet.

Here is a potential scenario: U.S. troops withdraw, the Taliban get some of their retribution in, IS sweeps in murdering as they come, the killing eventually reaches the point that the US intervenes, testing newer, bigger, deadlier weapons as they go, but these weapons will not differentiate. They will only kill and, if we are to believe the American President, they will kill en masse.

If the past can be considered a judge, that killing has already been deemed acceptable. Trump is merely testing the waters of outrage or spilling military secrets. Our silence speaks volumes either way.

Afghanistan is already the most drone-bombed country on the planet. In 2015, over 11,000 civilians were killed or wounded. Of those, 147 civilians were wounded and 149 killed by international and Afghan air forces. By 2018, those numbers had skyrocketed as the Trump Administration bombed the country at a rate not seen since the 2001 invasion. July of 2019 saw 1,500 people killed or wounded in various attacks. Brown University believes that 2.7 million Afghans have become refugees since the start of the war. How many more people will die or be forced to flee if the conflict should escalate?

Afghan deaths were deemed acceptable the moment people became numbers, a transformation war is known for. Numbers do not think, love, or bleed. And when it comes to those who are killed in terror attacks or drone strikes, we rarely learn the names of the dead. Sometimes, we do not even know the number, especially if they should fall within the aptly named ‘deadzone.’ This is not just a years-long lapse in reporting. It is a cause and a side effect of the long-term dehumanization that grows from race-thinking.

The Canadian scholar Sherene Razack defines race-thinking as the division of humanity into those prone to violence and those who are not according to descent… accompanied by the idea that there must be two different, hierarchical legal regimes for each.

A strand of thought that wounded our international community during colonialism to the point that many are unable to empathize with those without (and sometimes within) their borders to the point that others become expendable and are seen as ‘nonentities.’ Research like that conducted by Kteily, Bruneau, Waytz, and Cotterill, has shown that the dehumanized are placed outside of normal moral consideration; when you are considered nonhuman, the laws of humanity are no longer yours to claim.

Dignity and justice become concepts that can be and have weaponized against the powerless. So when Trump tours Walter Reed and sees “young men that step on a bomb and they lose their legs, they lose their arms. In some case, they lose both and their face on top of it and they’re living,” not only do we not think of the civilians who have suffered the same, we blame them by lumping them together and punishing them along with their attackers.

Seen in practice this looks like Bush-era Congressman Sam Johnson advocating a nuclear attack on Syria[1] or a former Republican presidential nominee advocating ‘wiping out Mecca.’ It also looks like White House National Security Advisor, John Bolton leading us to believe that there is no such thing as an American war criminal and stating that anyone that disagrees could face sanction or arrest including members of the ICC. This all means that the next time someone wants to ‘kill a haji’ abroad and “pose for the camera” with a “bloody and half-naked corpse…as if it were a trophy deer,”’ they will have no reason not to.

If we allow Donald Trump’s threat to disappear into the same vortex of insanity that many of his other comments disappear into, the right wing will have no reason not to call down the destruction they have been advocating for years.We must not forget that while genocidal intent has been a feature of the far right from Ann Coulter’s suggestion that the Muslim countries be invaded and forcibly converted to Christianity to Michael Savage’s statement that not even smallpox blankets would be good enough, the difference now is that the red elephant holds the nuclear codes and orders the largest military the world has ever seen.

Now all that stands between us and instantaneous mass murder is the whim of one man who, for the moment, doesn’t want to kill ten million Afghans.

Janelle Carlson is a graduate of the University of South Dakota’s International Studies Program where she focused on the Middle East, minority rights and genocide studies.