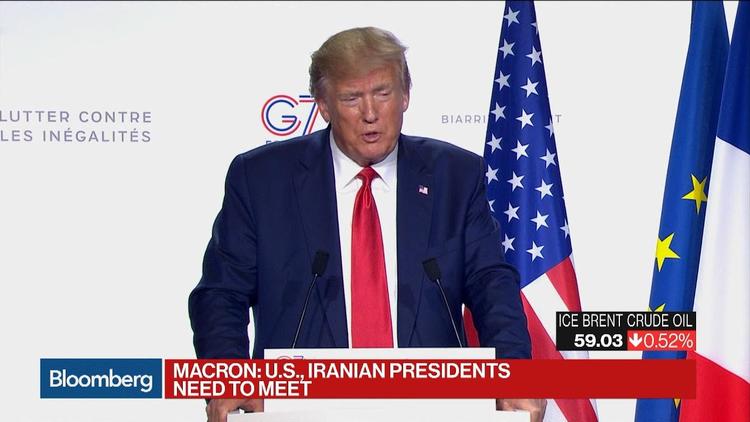 Ann Arbor (Informed Comment) – In the wake of the firing of national security adviser and full-time warmonger John Bolton, secretary of state Mike Pompeo and treasury secretary Dan Mnuchin held a press conference on Tuesday. Both reaffirmed that Trump is open to meeting Iran’s President Hassan Rouhani “without preconditions.” They also, however, affirmed that the Trump administration would continue its policy of “maximum pressure” against that country. This phrase is a euphemism for an American financial and trade blockade on Iran attempting to prevent it from selling its petroleum and to prevent countries from trading with Iran or investing in it.

The American blockade has, as you might expect, made Iran more belligerent rather than less. It is gradually easing the restrictions it had accepted on its civilian nuclear enrichment program (though so far it hasn’t done anything with obvious military implications, and still has no military enrichment program, contrary to what American reporters and politicians mysteriously keep saying). The blockade has also led to what are likely Iranian acts of sabotage against oil tankers in the Straits of Hormuz (I suppose on the theory that if Iran can’t export its oil, then neither can anyone else in the Gulf).

One of Bolton’s many zany/ WW III-risking escapades was to convince Britain to detain an Iranian tanker off Gibraltar this summer, on extremely dubious legal grounds. The dubiousness was recognized by the Gibraltar supreme court, which ordered the tanker released, since the European Union stance on Iran is very different from that of the US. Iran replied by taking some British-flagged ships captive, which could have led to serious conflict if only Britain had, like, an actual government or one that could spare a thought for Iran in the midst of dealing with the dire threat of the phalanx of Polish waiters serving London’s diners.

Bolton also had plumped in mid-June for a US airstrike on Iran after it shot down an American drone over what Iran claimed was Iranian waters. Bolton had been having wet dreams about bombing Iran for decades and was on the verge finally of reaching climax, but deflation abruptly occurred as Trump stepped in to cancel the attack.

Trump is all for talking tough and deploying economic warfare, but he believes his base is tired of seeing US blood and treasure squandered in the Middle East. George W. Bush’s Iraq War is estimated to cost $6 trillion when you factor in medical care for the thousands of badly wounded veterans. The US deficit is $22 trillion, but would be a third of that without the Bush wars. The deficit is a drag on the US economy, which is why despite high employment rates most American workers aren’t paid a living wage.

Bolton, in contrast, never saw a war or military intervention he didn’t fall head over heels in love with. Trump himself joked that if Bolton had his way, we’d be in four wars now.

Trump, having never ceased being a reality show star, wants the big splash of a public summit with an enemy, as with North Korea. He is clearly completely uninterested in whether these personal summits actually achieve anything practical (as the ones with North Korea have not). He had been planning a similar photo op with the Taliban in Afghanistan, but for some reason choked like a dog at the last minute. Maybe it was *everyone* around him telling him it was a bad idea to host the Taliban at Camp David around the anniversary of 9/11.

To be fair, Trump’s personal summits are not the worst thing in the world. Churchill used to say that jaw-jaw is better than war-war. But Bolton thought that they were the worst things in the world, which is why he now has the leisure to write a memoir of regrets about how he never managed to get the US into another four wars.

The big question now is whether Trump will try to pull a North Korea with Iran, and whether Iran is pragmatic enough to do it. President Rouhani intimated in late August that he would even meet Trump if it resulted in good things for the Iranian nation. The next day he had clearly been slapped down by Iran’s clerical leader, Ali Khamenei, and other hard liners. Rouhani reversed himself and said he could only meet Trump if the US first cancelled the severe sanctions it had slapped on Iran.

Now that Bolton is out and Trump’s Afghanistan photo op may have fallen through, he may be hungering for a supposed foreign policy victory on which the Republicans could run in 2020. Trump has an idee fixe that getting out of the Middle East, or reducing tensions there dramatically, will be enormously popular with his base. That is why he tried to get entirely out of Syria (former secretary of defense James Mattis resigned over that one), and why he wanted to get entirely out of Afghanistan.

So maybe he will do something with regard to Iran, at least behind the scenes, that would make it attractive even to Khamenei for Rouhani to meet with Trump.

Bloomberg Markets and Finance from 2 weeks ago: “Trump Says He Is Open to Meeting Iran’s Rouhan”