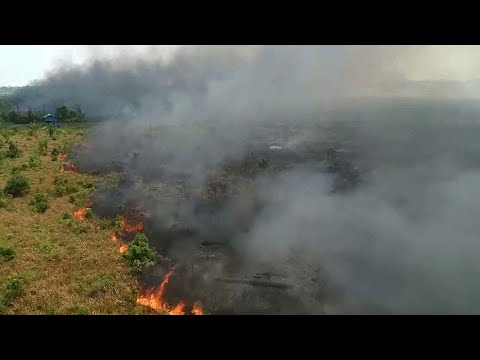 First, let’s accept climate change is happening and will have major negative impacts on New Zealand. Second, let’s also accept that even if New Zealand did absolutely everything possible to reduce emissions to zero, it would still happen, i.e. our impact on climate change is negligible. Third, reducing our emissions will come with a high financial cost. Fourth, the cost of dealing with the negative impacts of climate change (rising seas etc), will also come at a high financial cost. Based on the above, would it not be smarter to focus our money and energy on preparing New Zealand for a world where climate change is a reality, rather than quixotically trying to avert the unavoidable? – a question from Milton

To argue that we should not act to reduce emissions because it is not in our interests to make a contribution to global mitigation is ultimately self-defeating. It would be to put short-term self-interest first, rather than considering both our long-term interests and those of the wider global community.

Our options on climate are looking increasingly dire, since we as a global community have postponed combating climate change so long. But in New Zealand – and indeed in any country – we should still do as much as we can to reduce the extent of climate change, and not, at this stage, divert significant resources away from mitigation into “preparing for” it.

Starting with the physics, it is clear that climate change is not a given and fixed phenomenon. It is unhelpful to say simply that “it is happening”. How much heating will occur will be determined by human actions: it is within humanity’s grasp to limit it.

Any significant action taken over the next decade in particular will have high payoffs in terms of reducing future warming. The Intergovernmental Panel on Climate Change (IPCC) in effect says emission cuts of 45% or more over the next decade might just avert catastrophic change. Inaction, on the other hand, could condemn humankind to experiencing perhaps 3℃ or more of heating. Each further degree represents a huge increase in human misery – death, suffering and associated conflict – and increases the threat of passing dangerous tipping points.

Climate outcomes are so sensitive to what we do over the next decade because eventual heating depends on the accumulated stock of greenhouse gases in the atmosphere. We are still adding to that stock every year, and we are still raising the costs of cutting emissions to an “acceptable” level (such as that consistent with 1.5℃ or 2℃ of heating).

Under President Obama, a report was published which pointed out that every decade of delay in making cuts in emissions raises the cost of stabilising within a given target temperature (e.g. 2℃) by about 40%.

Each year’s emissions add to the stock of greenhouse gases in the atmosphere, even though some of the gases are absorbed into oceans, trees and soils. Until we can get global emissions down close to zero, atmospheric concentrations will rise. When the Paris agreement was adopted in 2015, it was expected that government pledges at the time might limit heating to under 2℃, conceivably 1.5℃ degrees, if pledges were soon strengthened. It is now even more vital to cut emissions, as it reduces the risk of even higher, and nastier, temperatures.

What of New Zealand’s role in this? New Zealand is indeed a small country. Like most groups of five million or so emitters, we generate a small fraction of global emissions (less than 0.2%). But because we are a well respected, independent nation, with a positive international profile, what we do has disproportionate influence. If we manage to find creative and effective ways to cut emissions, we can be sure the world will be interested and some countries may be motivated to follow suit.

Just as we notice Norway’s effective promotion of electric vehicles, and Denmark’s success with wind power, so too can New Zealand have an outsized impact if we can achieve breakthroughs in mitigation. Reaching 100% renewable electricity generation would be a significant and persuasive milestone, as would any breakthroughs in agricultural emissions.

In economic terms, mitigation is an excellent investment. The Stern Review crystallised the argument in 2007: unmitigated climate change will cause damage that would reduce worldwide incomes by substantially more than the costs of active mitigation. Since then, further research has underlined that the cost of damage through climate change will be much greater than the costs of mitigation. Put in investment terms, the benefits from mitigation vastly exceed the costs.

Mitigation is one of the best investments humanity will ever make. Recent findings are that increasing mitigation efforts to ensure that warming is limited to 1.5℃, rather than 2℃ or more, will yield high returns on investment, as damage is averted. We also now know many energy and transport sector mitigation investments, such as in electric vehicles, generate good returns.

So why haven’t we invested enough in mitigation already? The answer is the free rider problem – the “I will if you will” conundrum. The Paris agreement in 2015 is the best solution so far to this: essentially all countries globally have agreed to cut emissions, so relatively concerted action is likely. Given this, it is worthwhile for New Zealand to act, as our efforts are likely to be matched by the actions of others. In addition, of course, we have an ethical duty to future generations to cut emissions.

The fact that New Zealand is a small country with limited emissions is irrelevant to these arguments. We must play our part in the global push to cut emissions. The reality is that it is worthwhile to mitigate, and we are committed to doing so. In this situation, it makes no sense to move mitigation resources away to preparation for climate change. We do of course need to plan and prepare for the impacts of climate change, in myriad ways, but not at the expense of mitigation.