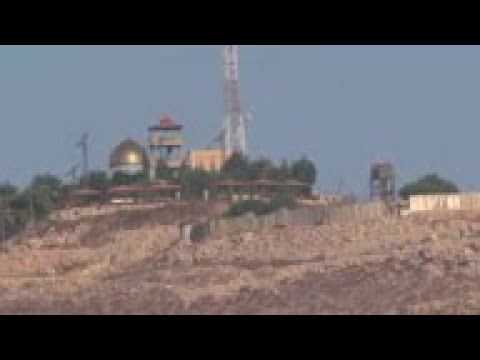 Recent clashes between Israel and Hezbollah on the Lebanese border have caused much speculation of a looming military confrontation between Israel, Hezbollah and Iran, which backs the militant group. The exchange of fire in early September followed the crashing of two reportedly Israeli drones in Beirut in late August. A spate of other drone strikes across the region in recent weeks, some against Iranian-backed militia in Iraq and Syria, have also been blamed on Israel.

Israeli officials constantly point the finger at Iran as the source of instability in the region, a position shared by the six members of the Gulf Cooperation Council (GCC) countries, especially Saudi Arabia.

But Iran is not solely run by hawkish madmen who constantly scream “death to America”. There are pragmatists in Iran who do wish to improve the country’s relations with its neighbours – including Israel. Still, these pragmatists face one big problem: they are politically and constitutionally outmanoeuvred by hawks who want to see the 1979 Iranian Revolution exported throughout the region.

In reality, Iran doesn’t have an appetite for a direct military confrontation with Israel, no matter how much its Supreme Leader Ali Khamenei claims he wants to annihilate the Israeli regime. That’s one of the main reasons why Hezbollah is beneficial for Iran. It acts as a buffer, allowing Iran to threaten Israel at a distance. If anything, Iran’s rhetoric and its use of militant proxies, whether in Syria, Iraq, Lebanon or Yemen, has strengthened Israel’s ties with the US and improved its relations with the GCC states.

Iran wants to be the leading Muslim country in the world, and the country that stands for the Muslim cause – an unofficial title Saudi Arabia and Turkey are also vying for. For each of these countries, the demonisation of Israel is a powerful instrument with which to achieve that goal.

For Iran, reminding the world of its militant intention towards Israel has been a useful tool to gain more influence in countries such as Syria, Yemen and Lebanon. This has boosted Iranian popularity in the Arab streets – at least with those who want to champion a robust stance towards Israel – though not with Arabs who see Iran’s encroachment into their affairs as Iranian expansionism.

The convenience of enmity

For its part, Israel also benefits from its demonisation of Iran and Hezbollah – a cornerstone of Israeli foreign policy. In his 2018 address to the UN General Assembly, Israeli prime minister Benjamin Netanyahu said that the 2015 Iranian nuclear deal, which lifted sanctions on Iran, had “fuelled Iran’s campaign of carnage and conquest throughout the Middle East”. Israel is concerned that Iran-backed militia could begin targeting it with drones too.

The need for Israel to highlight the threat of Iran, Hezbollah, and even Hamas to Israeli security is always supercharged during election season. With Israelis heading to the polls on September 17 for the second time in 2019 and Netanyahu trying to secure his position, the recent drone strikes are also a bid for votes.

But Israel needs to be very careful not to be too heavy handed. Through strategic drone strikes, Israel is trying to signal to the Arab streets that it is not targeting Arab states per se, but rather Iranian-backed militia such as Hezbollah. Many Arabs, in particular the Saudis, also see these Iranian-backed militia as their main security threat.

As a result, the past several years have witnessed a sort of uneasy detente between Saudi Arabia and Israel.

Reports of a Saudi-Israeli co-operation on military and intelligence matters concerning Iran have sky rocketed in recent years. Although it’s very hard to deny the obvious mutual interest both Saudi Arabia and Israel have over Iran, this doesn’t mean there is an official alliance between the Saudis and Israelis.

Such co-operation would be controversial in the eyes of many, due to the historical animosity between Arab states and Israel, not to mention that Israel is still technically at war with all Arab states – with the exception of Jordan and Egypt.

But by having Iran as a common enemy, the Saudis and Israelis have served each others’ ends very conveniently. For example, both pushed the US to pull out of the Iran nuclear deal, which the Trump administration did in 2018.

That said, any official public Saudi-Israeli co-operation against Iran would severely hinder the legitimacy of the Saudi state. It could also embolden Iran, which would use it to argue that it, and not Saudi Arabia, is the leader of the Muslim world. This means Saudi policy towards Israel must be kept at a distance – not too close, but not too far.

At the same time, the perception of Israel is also gradually changing within Saudi Arabia. In a recent Twitter poll by the Saudi owned Al-Arabiya news broadcaster, 73% of respondents said the current Israeli strikes on Iran and her militias are strategically beneficial.

Both Saudi Arabia and Israel have another thing in common: within both countries calls are growing from nationalists for a more robust approach to counter Iran. Combined with the growing perception of the threat from Iran-backed militias in Lebanon, Syria, Iraq and Yemen, this can only increase the Saudi-Israeli harmony further.