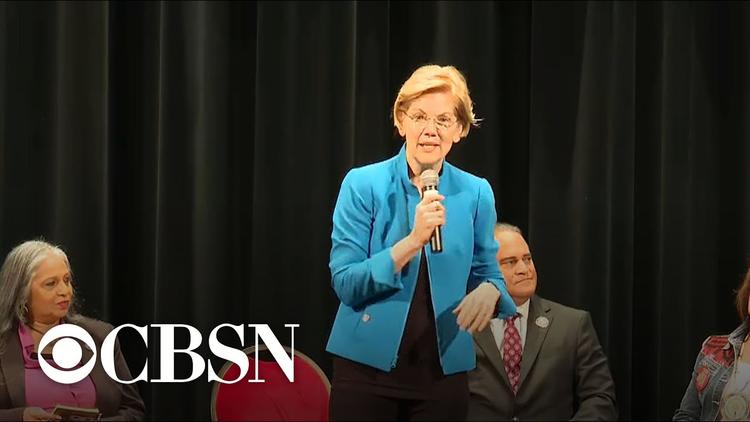 Challenging an incumbent president is not new: both Gerald Ford and Jimmy Carter faced very significant challenges when they sought a further term. But Trump’s hold on Republicans suggests that no challenge is likely to succeed.

For the Democrats, however, the race to oppose Trump is now wide open and bitter.

Millions of voters take part in choosing the candidate of their party. This can have strange consequences; some of Bernie Sanders’ supporters were so disaffected by the nomination of Hillary Clinton that perhaps 10% of them voted for Trump.

Candidates must damage their opponents without providing ammunition that can be used against their party in the November elections.

Presidential primaries stretch across the first half of 2020. These include several key contests determined by caucuses, which involve actual attendance for several hours to register one’s choice. Because Iowa traditionally leads off, huge attention is paid to the results there.

Iowa is a state with a population of just over 3 million, and is far whiter than the United States. Its caucuses are followed by three other small states: New Hampshire, Nevada and South Carolina, which between them start to look like the country as a whole.

Every Democratic candidate is spending time and resources in the early states, with teams of volunteers criss-crossing the small towns of Iowa and New Hampshire and wooing minority communities in Nevada (Hispanic) and South Carolina (African-American).

By the end of February, expect the field to have shrunk from the current dozen or so serious contenders to about half that number. On March 3 comes a slew of votes across 16 states, including California and Texas. The results that day will either produce a clear front runner or a dogged three-way fight lasting three more months.

One of the oddities of the Democratic race so far is that the two leading candidates and the incumbent president are all white men in their seventies, well past the accepted American retirement age.

The two best known Democratic contenders are Senator Bernie Sanders and former Vice President Joe Biden, who cover the ideological spectrum of the Democratic Party: Sanders on the left and Biden on the right. Both entered the race with considerable money and name recognition, and both have started slipping in the polls as younger candidates have gained attention.

Some current polls now place Senator Elizabeth Warren of Massachusetts as equalling their support. Warren shares some of Sanders’ radical positions on health care and taxation, but she is careful to not define herself as a socialist, and she has the same grasp of policy as did Hillary Clinton.

Trump would undoubtedly campaign against Warren as another effete east coast liberal, invoking the failure of two previous candidates from Boston, Michael Dukakis and John Kerry.

Democrat voters looking for someone younger and different may swing behind Senator Kamala Harris from California, a former Attorney-General who is positioning herself as someone who transcends both racial and gender prejudices.

Polls in Iowa and New Hampshire show Harris and Pete Buttigieg as the only other candidates who consistently poll over 10%. Buttigieg is the unexpected dark horse: gay, young, ex-military and mayor of South Bend, Indiana, which is smaller than Geelong. He far outpolls more experienced candidates – one of them, Kirsten Gillibrand, has already withdrawn.

The candidates are united in their dislike of Donald Trump, but this is a battle of egos and ideologies. Do the Democrats seek to win over Trump supporters in key states by appealing to a mythical “centre”? Do they try to win over Republicans, particularly educated women who made up some of the base for their victories in last year’s House of Representatives election? Or do they concentrate on their potential supporters among the young and minority communities who are less likely to vote?

In a country where fewer than 60% of those eligible bother to vote, the last option would seem the most viable, but that requires candidates who can speak to the disinterested and the disenfranchised.

Both racism and sexism played a role in Trump’s victory, and Biden’s current lead in the polls suggests many Democrats feel an older white man is their safest choice. But if the Democrats are to galvanise young and minority voters to turn out they need a candidate who is clearly very different to Trump.

The electoral college system means that winning the popular vote, as Clinton did, does not guarantee victory. In key mid-western industrial states the vote may well be determined by the consequences of Trump’s current economic policies.

Much can change before Democratic supporters start declaring their choice in six months. Several of the also-rans may surprise us; maybe one of the front-runners will drop out.

Were Bernie Sanders to withdraw and throw his support to Elizabeth Warren, she would become the front-runner; it’s less clear where Biden’s supporters would go, but if he polls poorly in February, he is likely to fade away.

At this point in 2015, pundits were predicting a presidential race between Clinton and Jeb Bush, with Clinton favoured to win. Nothing in politics is predictable.