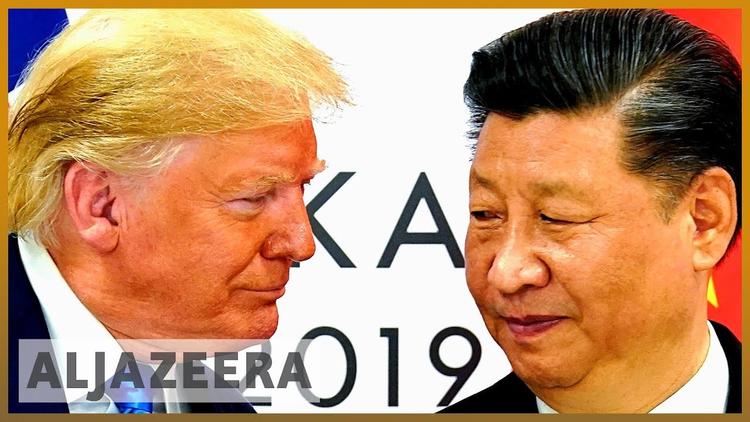 (Informed Comment) – In early 2019, the White House threatened to invade Venezuela, take down the government and replace it with their choice of president and political party. Though no missiles have been fired and no bombs dropped on the country, our government is waging a war by other means, namely criminal economic sanctions, to achieve the same end. And they are just as lethal.

Sanctions against Venezuela began with President Obama in 2015; however, the most crippling and deadly have been ordered since by Trump.

In August 2017, Trump prohibited Venezuela from borrowing in US financial markets, thus preventing its economy from recovering from a deep recession caused in part by the global drop in oil prices. The US financial embargo produced rapid decline in Venezuela’s oil production, extreme drop in export income and loss of access to credit. Consequently, revenue for critically needed imports for health, agriculture, industry and infrastructure plummeted. Two respected US economists, Mark Weisbrot and Jeffrey Sachs, have estimated that these sanctions caused 40,000 deaths in 2017-2018.

In January 2019 Trump tightened the noose with sanctions intended to prevent Venezuela’s government-owned oil industry from exporting oil to the U.S. and the rest of the world. The goal being to strangle the economy, given 90% of Venezuela’s exports is crude oil. These sanctions also froze billions of dollars of overseas Venezuelan assets, including gold reserves that the government could have been to stabilize the economy.

The sadistic logic of these sanctions is clear: Put pressure on the target government by ripping apart the social and economic fabric of the country. Make people suffer increasingly until the country plunges into chaos, until at some point you can step in and force your choice of government on that country.

The leading Venezuelan economist Francisco Rodriguez (an opponent of the current President Maduro) estimates that Venezuela has suffered the largest economic collapse of a country “not at war” nor experiencing oil strikes, since the 1970s. Imports – of machine parts, trucks, diesel fuel and gasoline, infrastructure components for electricity and water systems, and food and medicines – have fallen 60% since last year. Agriculture has plummeted 50% with food rotting in fields from no gasoline for transport to markets. He predicts that the country will likely suffer “a famine causing hundreds of thousands of deaths within the next twelve months,” mainly from the drop in oil production and sales due to Trump’s 2017 and 2019 sanctions. (A scale of murder on par with those Iraqis killed in our illegal war there).

Adding fuel to this inferno, National Security Adviser John Bolton recently sabotaged ongoing talks between President Maduro and the opposition mediated by the government of Norway.

The almost laughable statement – that Venezuela is causing a “national emergency” and is an “unusual and extraordinary threat to the national security of the United States – has justified every executive order issued against Venezuela by Presidents Obama and Trump.

What possible threat could Venezuela (and Cuba, for decades) pose? Being socialist governments? Lifting their poorest out of abject poverty while we accelerate economic inequality? Housing the homeless better than we do? Achieving higher literacy rates in the case of both countries and longer life expectancy, in the case of socialist Cuba, than we have?

Our real national security threat is the erosion of democracy and morality within our borders when we cage refugee children from Central America, terrorizing them and violating their human rights. We have a history of undermining and overturning democratically elected governments (Iran in 1953, Chile in 1973, Guatemala in 1954, El Salvador in 1960, Honduras in 2009, to name a few). Yet we hypocritically demonize other governments for endangering our national security.

As we starve those poorer, brown and black-skinned Venezuelans who continue to support their current government, another vital sign of our political degradation is that both parties Republican and Democrat, with few low-voiced exceptions, support this war by another name.

Recall the Monroe Doctrine of 1823 from grade school history? President James Monroe proclaimed that European nations could not colonize nor otherwise interfere in North and South American countries. Ironically, since 1890, the U.S. has intervened in Latin American elections, civil wars and revolutions at least 56 times, according to historian and author Mark Becker, to bolster US corporate interests and to eliminate democratically elected governments and leftist movements.

How true that we have met the enemy and he is us.