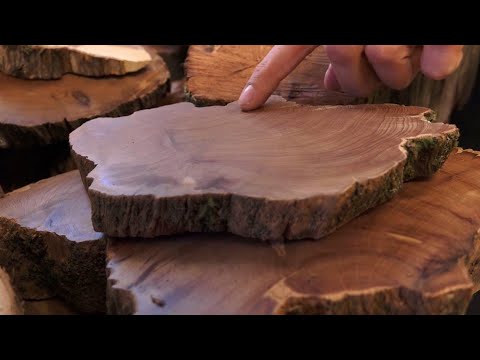 Ann Arbor (Informed Comment) – I understand that the far, far rightwing reused toilet paper that is Breitbart ran a hit piece on me today for daring question the record of Florida’s Saint DeSantis on doing nothing about carbon dioxide emissions that are sinking his state.

Breitbart’s offices are in Los Angeles, which is itself threatened by the ravages of global heating. We perhaps forget that Malibu was burned down by wildfires, with Kanye and Kim and other celebs fleeing for their lives, not so long ago. Good luck to the brown shirt rag if they want to deny this reality.

Breitbart is the racist piece of excrement that is actually failing, and fast. They’ve gone from 17.3 million readers (or, you know, people who move their lips while they stare with heavy knitted brows at the site) to 4.6 million Neanderthals in May of 2019. They wouldn’t have any readers at all if advertisers had any sense of civic responsibility– who would want their product associated with white supremacy (except for maybe Alex Jones brand brain fluid tampons)? It is bankrolled by the Mercer daughters. Shadowy patriarch Bob Mercer, who gave us Trump as president, is along with his billionaire family an abject climate crisis denialist. I don’t wish anyone ill, but if I had heard that they were vacationing in the Bahamas the last few days I would be struck by the irony.

Carbon dioxide emissions, 70% produced by the 100 dirtiest corporations are causing rapid global heating (far more rapid than anything in the geological record, so you could call it unprecedented). CO2 is a greenhouse gas that traps the sun’s heat and prevents it from radiating back out to space.

CO2 emissions don’t cause hurricanes, but they do heat up water, which puts more moisture in the atmosphere and feeds the strength and speed and longevity of hurricanes. Warm water expands (pay attention, Breitbart; I know you failed 8th grade chemistry because you were sniffing glue in the toilet), which raises the sea level. Global heating also melts surface ice, which likewise raises sea level. Higher sea level contributes to higher storm surges. Climate scientist Michael Mann explains at the Scientific American, which the Breitbart folks can’t read because it is hard to hold a magazine while dragging your knuckles on the ground. Mann points out that for every degree C. of warming, you get a 26 foot per second increase in wind speed. The 2019 world average surface temperature is up nearly one degree from the 1950-1980 average.

I don’t demean myself by reading Breitbart. I’d rather lie naked in my garden during a rainstorm and let slugs traverse me, leaving trails of slime. Most of their existence they’ve just made fascist shit up, riffing on Mein Kampf. But from my hate mail, I take it that they questioned my credentials to speak to climate change because I am a historian.

This level of ignorance makes my head hurt. Actually, climate is a major part of historical studies, and I have taught courses on History and Climate Change at the University of Michigan. I know that the geniuses over at Breitbart are contemptuous of learning and, like, knowing the alphabet, so let me make you a bet that none of them has read any of the books on my syllabus. They don’t have the slightest idea what they are talking about, just like their Clown-in-Chief, Trump.

My colleague Emmanuel Le Roy Ladurie (Michigan has an exchange with the Paris School of Higher Studies) was one of the pioneers in writing about the history of climate, with his Times of Feast, Times of Famine (French ed. 1967).

The field has become more sophisticated over time, as the science itself has made strides and as some historians have learned techniques like reading tree ring samples from long-lived trees or deploying ice core samples or seabed cores.

Sam White has authored a groundbreaking book on the Little Ice Age and the history of the Ottoman Empire, The Climate of Rebellion in the Early Modern Ottoman Empire, which I’ve taught in seminar.

Not only historians but humanists are attending to the issue. See, e.g., Alexander Elliott et al., Climate Change and the Humanities: Historical, Philosophical and Interdisciplinary Approaches to the Contemporary Environmental Crisis (Springer, 2017).

Those of us who write modern and contemporary history cannot ignore climate change as a driver of social change. I found that water shortages in Egypt contributed to rural rebellions in Egypt in 2011, in my The New Arabs: How the Millennial Generation is changing the Middle East (Simon & Schuster, 2014).

I’ve also done on-the-ground journalism on the issue in places like the Caribbean and Morocco.

We are entering a period of contemporary history where the impacts of global heating and sea level rise on cities such as Alexandria, Egypt, are an unavoidable part of their social and economic history.. That is, no modern history of the city that came up to the present could be successful without factoring in human-caused climate change.

Historians belong in this debate, because our moment is world-historical, and only historians can set it in context.