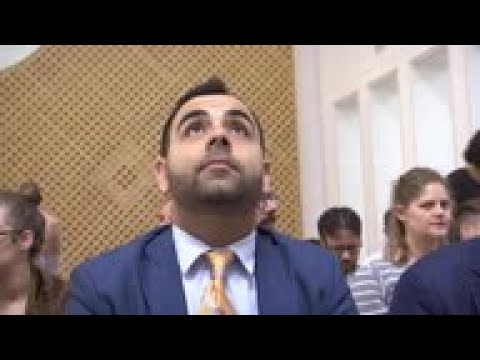 Last week Israel … raided the offices of Addameer, a prisoners rights association, stealing some of its computers and hard drives.*

This is all part of Israel’s long-running war against the Palestinian civilian population. It is a war to remove Palestinians from Palestine; to liquidate their existence as a people, and as the indigenous of the land.

Palestinian human rights groups, campaigners and activists have been so effective over the years in resisting Israel’s genocidal campaign against them, that the state has felt it necessary to carry out a multi-faceted attack against them.

Palestinian rights campaigners are smeared and defamed all over the world by Israel’s well-resourced hasbara (propaganda) efforts. These are carried out both overtly and covertly, by both Israeli government entities and by the pro-Israel lobby.

These frequently amount to incitement against Palestinian human rights activists attempting to stop them from carrying out their work. Such efforts are often also outsourced to Israel’s allies in western governments.

For example, last week the British government effectively blocked Omar Barghouti from the country. He had been due to speak at several events around Labour Party conference on the BDS movement for Palestinian rights he co-founded.

But an unexplained, abnormal delay in issuing his visa by the British authorities meant he was forced to address the conference via Skype, the Palestine Solidarity Campaign explained.

Defenders of Israeli racism in the UK then smeared and defamed him as an “extremist” and “anti-Semitic”. One right-wing Labour councillor (an activist with Labour Friends of Israel and the Jewish Labour Movement called Joshua Garfield) claimed – without evidence – that Barghouti must have been “deemed a security risk by the Home Office”.

Such smears not only endanger Palestinians’ right to free speech, but actually put their lives, freedom and safety in real jeopardy.

Another example is how suspected Israeli agents were reported by a veteran Israeli security correspondent to have been behind the campaign of death threats targeting a lawyer working on a Palestinian legal effort in the Hague to bring war crimes charges against Israel.

READ: It’s time for progressives to get off the fence over BDS

But it is important to remember that, as well as such psychological campaigns of intimidation, censorship and disinformation, Israel’s fight against Palestinian rights campaigners continues to have very real physical dimensions – especially in the West Bank and Gaza Strip.

The raid last week on the Addameer’s offices is only the latest case in point.

Addameer is by no means a radical organisation. It is a human rights group which focuses on the issue of Israel’s bad treatment against the thousands of Palestinian political prisoners it holds. It documents Israeli human rights violations against prisoners, writes reports and pushes and campaigns for their human rights.

According to Addameer’s latest figures, Israel currently holds 5,150 Palestinian political prisoners – 210 of these are children. And 460 Palestinians are currently interned by Israel as “administrative detainees”.

These particular prisoners – held under a military law which dates back to the British occupation of Palestine – are jailed without charge or trial on the basis of secret “evidence”, which they are not even permitted to see.

Addameer’s exposure of such facts to a wider global audience was the reason for the Israeli raid on their offices last week. Israel does not like the truth about its crimes to get out.

The group said that Israeli forces during the raid stole computers, memory cards and hard drives.

Israel has raided Addameer’s offices in the past. It also frequently imprisons the group’s workers. Its legal coordinator, Ayman Nasser, has been held without charge of trial since September last year.

He will spend at least four more months behind bars. However, these “administrative detention” orders can be indefinitely renewed under Israel’s draconian and racist system of military dictatorship in the West Bank.

Addameer stood defiant against this latest raid. “The organization will continue to support Palestinian prisoners to fight all human rights violations they suffer from, including torture, arbitrary detention and unfair trails,” its statement read.

The group said the raid was part of Israel’s “ongoing and systematic attacks against Palestinian civil society organizations.”

Omar Shakir, the Palestine director of Human Rights Watch – a liberal organisation – said his group stands with Addameer, and that it was “part of Israeli assault on rights defenders- Palestinians face the worse of it,” he explained.

It should come as no surprise then, that Israel is also acting against Shakir himself. The government is attempting to deport him from the country right now.

None of this is the actions of a democracy.