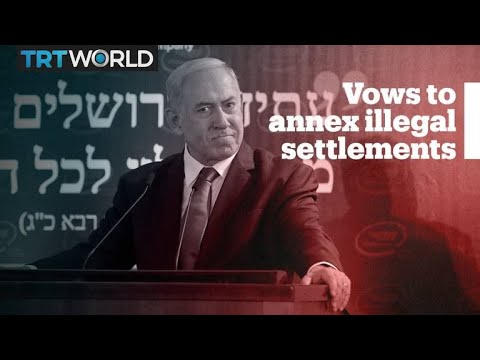 Earlier this month, the High Planning Committee (HPC) of the Israeli Civil Administration authorised the construction of 2,304 new settlement units, just days after the approval of another 6,000 units in the occupied West Bank. These alarming developments are nothing if not predictable to those following recent events in the region, and the sordid course of US President Donald Trump’s “Deal of the Century”. With Prime Minister Benjamin Netanyahu pledging during Israel’s April General Election campaign to annex settlements; US Ambassador to Israel David Friedman giving an approving nod to such a move; the US defunding of UNRWA and unilateral recognition of Jerusalem as Israel’s capital; and with Senior US Advisor Jared Kushner declining to speak of a “two state solution”, the stage is almost set for the worst-case scenario. The inexorable march towards annexation is winding down to its last few strides.

In principle, liberals and centrists tend to oppose annexation, as it would sound the death knell for the two-state solution that they’ve always maintained optimistically is just around the corner. However, despite these developments, “moderates” in the US Democratic Party (and even some “progressives”) have instead rallied around a bipartisan resolution decrying the Boycott Divestment and Sanctions movement as “…destructive of prospects for progress towards peace.” BDS presumably hampers peace more than the demolition of 70 Palestinian homes that occurred the day before the vote on that resolution in Washington. This latest assault on Palestinian solidarity is entirely consistent with the general “moderate” position: call for Palestinian rights, then obstruct anything that might achieve them.

How do moderates pull off the delicate balance between empathy and enmity to Palestinians? The go to move is to recruit “nuance” as a means of deflection. The blockade of Gaza and seasonal massacres have caused unthinkable suffering to 2 million Palestinians, but what about Hamas rockets? The matrix of control in the West Bank has brought daily human rights violations, crippled the Palestinian economy and denied Palestinians the right to self-determination for decades, but what about the stabbings and terror attacks? After all, Israel-Palestine is “complex”, and moderates protest loudest when an attempt is made to extract something substantive from that complexity. The obvious asymmetry in power and suffering holds no weight on any occasion that the moderate can point to grievances that Israelis might also have, even if those grievances spring directly from the brutalising effects of their country’s apartheid. Hence, in each dimension of the conflict, moderates can conjure some justification (however tenuous) for imagining that the situation is not “black and white” and there is “wrong on both sides”. And if Israel is not responsible for 100 per cent of the injustice in the region, why should they be the sole target of boycotts? Nice, neat, simple.

But there is one dimension where moderates are at a loss: Israel’s illegal settlements. Unlike other Israeli violations of international law, settlements can’t be explained away by vague “security concerns”. Even the most gullible centrist won’t buy the claim that transferring Israeli Jews into the heart of occupied Palestinian land somehow increases their level of security. Nor can moderates countenance Netanyahu’s use of settlements as collective punishment for individual acts of Palestinian violence. Settlements are patently illegal, give rise to the overtly racist “Jew-only” roads, and structure the labyrinth of military checkpoints and roadblocks that Palestinians must navigate daily. The presence of 132 settlements, 113 outposts and 622,000 settlers has made those still speaking of a contiguous and viable Palestinian state, look increasingly out of touch.

There is no semi-plausible “nuance” to find with settlements and so moderates will happily condemn them with no ifs and buts. What they won’t do (or won’t do convincingly), though, is question why they’re being built in the first place and whether it has anything to do with Zionism.

Zionism, like many ideologies, is a disputed term. Zionists will often claim the term simply represents the belief that Jews have the right to self-determination in their historic homeland. Moderates are mostly content to accept this at face value and won’t probe much further. Anti-Zionists and BDS supporters typically identify Zionism with settler-colonialism, an ideology seeking to capture “as much of Palestine, with as few Palestinians there as possible”. We’re at an impasse then. Whether we believe Zionism is a benign nationalism or a dispossessing colonialism should depend on which definition more lucidly brings out the features of Israeli policy and political culture. The settler-colonialism framework accounts for the violent subjugation of indigenous resistance; the second-class citizen status of Palestinians in Israel; the stubborn persistence of the occupation; the historic and ongoing displacement of Palestinians; the aggression towards neighbouring states; and, crucially, the settlement project. By diminishing or distorting them, the “benign nationalism” view can give alternative accounts for most of these aspects of Israeli policy, and the remaining unsavoury elements can be attributed lazily to a right-wing, militaristic government.

However, “benign nationalism” has nothing to say about settlements. It can’t explain why the settlement project began under a Labour government and has continued ever since, regardless of which party or coalition has been in power. It can’t explain why Israel is willing to risk the consternation of the international community and its closest allies to keep subsidising a war crime. It can’t explain why the building of Jew-only settlements was enshrined as a national value in the Nation-State Law. It can’t explain why the homes of Palestinians in Wadi Hummus have been demolished, despite having legitimate building permits issued by the Palestinian Authority, and in breach of previous agreements. It can’t explain why illegally built settlement homes (even by Israel’s dismal standards) are ignored and legalised retroactively, or why Israel now refuses to freeze settlement-building as part of the “peace process”. This unwavering commitment to settlement building coheres perfectly with the settler-colonialism understanding of Zionism, and it has no place whatsoever in the benign nationalism view. Even if moderates insist on an ahistorical analysis of Israel-Palestine, forgetting the Nakba and the clear colonial context in which Zionism emerged, the pieces are all there to put together.

BDS supporters do not want moderates to condemn settlements, they want them to contextualise them. If the settler-colonialism view provides a fuller analysis of the settlements, then it will also prove to be better in understanding all the other dimensions of the conflict. The shameless essentialising and false equivalences that obscure the true nature of the conflict will quickly ring hollow, and observers can understand why the world’s longest ongoing occupation is the world’s longest ongoing occupation. They can understand that every peace initiative till now has stalled, not due to Palestinian intransigence – as if occupied peoples have any interest in forever deferring their liberation – but so the process of creeping annexation can continue. And in this view, we can say that the party that holds all of the cards and bears almost none of the costs, is the legitimate target for boycott. When moderates stop admiring their own talents for finding nuance and look more seriously at the issues, a path towards justice reveals itself.

Ahmed El Kady is a British-Egyptian, 3rd year International Relations student at the University of Keele and is a member of the Youth and Student Committee for the Palestine Solidarity Campaign UK. He has previously written for Mondoweiss and delivered an academic presentation at the Journal of Academic Development and Education’s annual conference, titled “Spirit of Boycott” focusing on the merits of the Apartheid analogy.