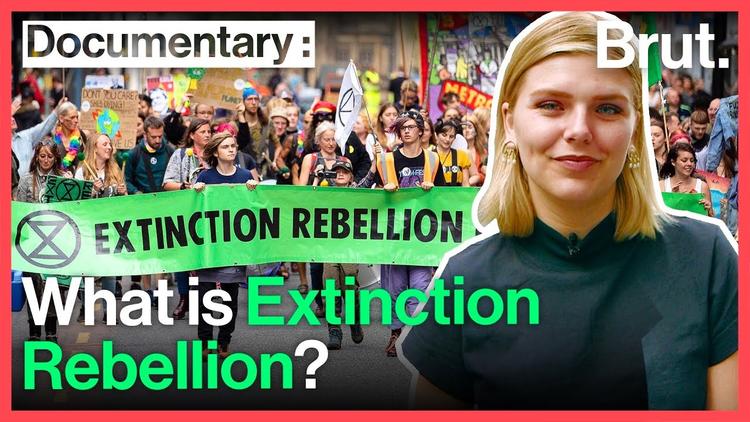 Ann Arbor (Informed Comment) – On the heels of Friday’s mainly student-led global climate strike, some activists believe that they must next resort to Gandhian nonviolent civil disobedience, becoming disruptive of the fossil fuel normal.

The research of Erica Chenowith finds that if 3.5 percent of a population joins protests in a concerted manner, they can effect major change. In the US, that would be just 11 million people or so.

They will be branded criminals and terrorists and face imprisonment, but then, colonial Britain did that to Gandhi and his movement, too, and nevertheless India is independent.

Ironically, the climate strike took place the same day that scientists announced that we’ve killed off 3 billion birds since 1970, a fourth of the total, in North America, a loss in which the climate crisis is deeply implicated.

The Australians have one of the worst (and stupidest) governments in the world on environmental issues. It is not quite as bad as the Trump regime, but it is close. Prime Minister Scott Morrison, who visited Washington today and left a trail of black soot and darkened skies, is even more committed to dirty, planet-wrecking coal than is Trump. The Minerals Council of Australia, apparently a pen name for Satan, writes, “Coal is Australia’s second largest export behind iron ore. In 2016-17 Australia exported 202 million tonnes of thermal coal and 177 million tonnes of metallurgical coal with a combined value of $54 billion.” Coal is the most deadly of the fossil fuels, putting out twice as much carbon dioxide as natural gas. Australia could run on wind and solar and batteries with no need of coal, but the right wing government is committed to coal the way Beelzebub is committed to flies.

When islands of the South Pacific complained to Canberra that its policies were dooming them to drowning, the deputy prime minister callously promised them a future in Australia “picking our fruit.” I’ve got news for him: you can’t grow fruit in a desert, and you are turning the continent into a big desert.

Australia is especially at risk of the climate emergency, since rising sea levels and storm surges will menace Melbourne and Sydney, where most people live, and high temperatures will provoke more wildfires and create intolerable temperatures for humans in some of the continent.So what can helpless knowledgeable Australians do? Or indeed, citizens of most nations, since few industrialized countries are making any genuine progress on combating greenhouse gas emissions? Some are saying, civil disobedience.

It is by now clear that governments are not going to step up in the way that is necessary to change large-scale energy, transportation and agricultural systems in time for us to avoid severe disruption of the earth’s environment via global heating and consequent extreme weather. Although individuals can have some impact by, where they can afford to, putting up solar panels and buying electric cars, that consumer-led greening of society will be too slow. Moreover, Koch industries is promoting laws in many states to penalize electric cars on behalf of Big Oil, so that shady interests will disincentivize that sort of consumer-led approach.

In the UK, environmental lawyer Farhana Yamin wrote in the science journal Nature, “On 16 April this year, I superglued my hands to the pavement outside the headquarters of the oil company Shell in London, surrounded by dozens of policemen. Once unstuck, I was arrested for causing criminal damage. I have been a lead author for the Intergovernmental Panel on Climate Change (IPCC) for three of its five assessment reports, and an adviser in the United Nations climate negotiations for almost 30 years.”

Nonviolent noncooperation often has a strong spiritual element, and religious groups are likely to play a prominent role. In San Francisco, two of the young leaders of the climate strike yesterday Gabe Stutman writes, are Jewish activists, and the shofar (a ram’s horn trumpet) was blown to kick off the events and there was chanting in Hebrew and explanations of the Jewish spiritual and ethical principle of tikkun ha-olam, the restoration or repair of the world.

Sam Saxe-Talle, 16, of Berkley High, observed, according to Stutman at The Jewish News of Northern California, “We don’t feel as hopeless as adults do. The way adults walk around in the world, it’s so defeated so much of the time. I personally believe — actually, I’m very strongly sure — this is not what the world has to look like.”