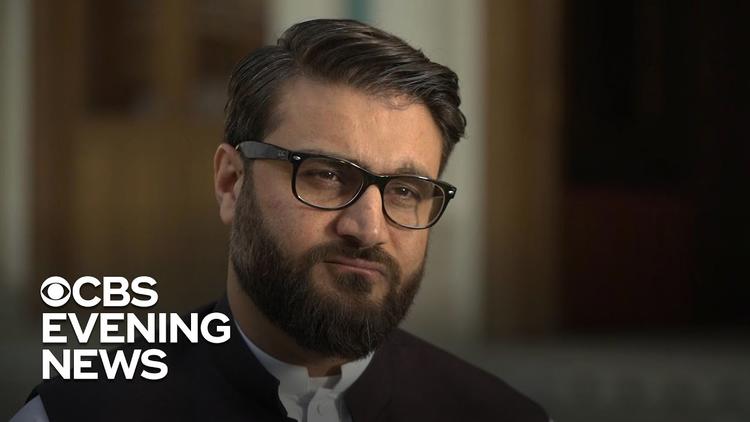 (Informed Comment) – US President Donald Trump has decided to cancel a secret meeting at Camp David with the Taliban and called the peace talks “dead” immediately after the consensus had made on a draft deal. The Taliban has mounted violence as Trump announced the withdrawal of US troops from Afghanistan before the result of the dialogue, and the insurgents understood that proclamation as the defeat of the US and showed its power to derive enormous benefits from the situation.

Trump’s statement has tremendously increased the hope of victory among the Taliban, and hardened their attitude towards peace. They thought that the war had reached a decisive stage, and at that time intensifying the fighting was more advantageous for them than peace because they were pressurizing the US and the Afghan government to accept all their demands. Since then, the Taliban believes that their 18 years of war have tired the US in Afghanistan, which cannot continue the war against them anymore, and has even announced the pullout of forces.

With the progress of negotiations, the Taliban has started celebrating the war victory, and claims that they defeated two superpowers in the last century, whereas, the third, US, is also on the verge of defeat. For the first time, they began the spring offensive with the name of Al-Fath, which means “victory” and hoping that it will bring a complete triumph.

On the other hand, taking part sincerely in the peace talks had been less undesirable for the Taliban since they actually considered themselves victorious conquerors (a bit of a delusion since they only have about a sixth of the country). Recapturing Kabul was more important for them than a peace deal because they wanted all of Afghanistan. After the final war, the insurgents predicted that the US would accept defeat and withdraw without an agreement. Consequently, once again they would establish their own government.

Trump’s earlier declaration has provided three options to the Taliban. First, they enhanced violence to restore their government, which the US deposed in 2001, through negotiation. Second, via guerrilla operations, they wanted full control of a few eastern and southern strategic provinces. Third, they demonstrated to the world that ultimately they still have the power to overthrow the Kabul government.

In the past, the same mistakes have frequently repeated in Afghanistan, which prolonged the conflicts and triggered new catastrophes. In 1985, the Soviet leader Mikhail Gorbachev had decided to end the occupation of Afghanistan before starting negations. Later, when the Afghan government announced dialogue, however, the conflicted group completely rejected the proposal and promised to continue jihad until the entire withdrawal of Soviet troops. At last, the Soviet troops withdrew under the Geneva Accords in 1988 but left no reason for Mujahideen to make peace. The insurgents perceived that they had crushed a superpower, and the Kabul government was nothing before them. Finally, the Afghan government collapsed in 1992 and the civil war started.

Similarly, in May 2003, Donald Rumsfeld, the US defense secretary, had claimed that most of Afghanistan was secure; announced an end to “major combat activity” and set a timeline for troop withdrawal within twelve months. After that, the Taliban instantly returned and began attacks on US bases and government buildings, and realized that the US had lost its energy in combat. Likewise, Barack Obama also continuously proposed dates for withdrawal that diminished the dread of failure of the Taliban and encouraged them to continue fighting.

Moreover, for nearly a year, the Taliban negotiators had constantly rejected calls for a cease-fire before a peace agreement which is also one of the main reasons for the cessation talks. They were of the view that war was vital for their insurgency, and any break in fighting would demotivate their fighters. They were not only using battleground force as an influence in the talks, but also thought that any deferral of the attacks would rupture the momentum of the insurgency. They feared that the fighters would not come from their homes to the battlefield if the negotiations failed.

In fact, the Taliban did not want to lose the option of war, which is their real leverage. They continued the negotiations; at the same time, increased attacks. But in the meantime diplomacy failed. The Taliban enhanced violence for their gains; however, that prompted the cancellation of negotiations

For successful negations, the US should have told the Taliban that their soldiers would not leave until tangible gains have been made in terms of power-sharing and national settlement. It was the most useful way to push the Taliban to keep its promises and deter them from escalating violence. It could end the hope of military success among them as well.

The Taliban is, Of course, untrustworthy, and any US departure should have been contingent on a final peace. The Taliban has a history of breaking promises to the US. They gave hospitality to the al-Qaeda leadership in early 1996. From Taliban-governed Afghanistan, Al-Qaeda’s leadership planned attacks on the U.S. embassies in Kenya and Tanzania in 1998, the USS Cole in Yemen in 2000, and the 9/11 Attacks in 2001. Even the Taliban’s latest attacks on Kabul and three Afghanistan’s provincial capitals have come after they pledged to “avoid threats, revenges, and conflicting words”.

There are still possibilities for resuming the talks. State Secretary Mike Pompeo says the US still interested in the Taliban peace deal. However, past mistakes should not be repeated in the future. The US ought not to leave Afghanistan entirely until there is a credible cease-fire and peace deal. Even after successful negotiations the Trump must announce that he would send back the troops if the Taliban violate the deal..

Hizbullah Khan is a journalist and political analyst. He writes about South Asian political and security issues. His work has appeared in The Independent, The Diplomat, Dawn, Global Times and Asia Times.

CBS: “Afghan security officials on the impact of a U.S. withdrawal from Afghanistan”