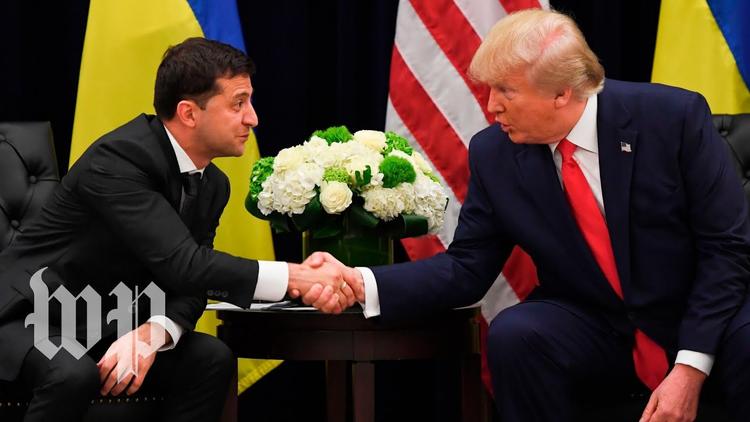 (Informed Comment) – In the coverage of the current scandal, no one seems to be writing about the national security debt the US (and others) owes the Ukraine. Large numbers of missiles and nuclear weapons infrastructure were located in the Ukraine when the Soviet Union collapsed and Ukraine became independent. In fact, for a while, the Ukraine had the third most powerful nuclear force in the world.

In return for Ukraine giving up its nuclear capability, Russia, the UK, the US and the Ukraine entered in 1994 into the Budapest Memorandum on Security Assurances. The parties promised Ukraine that they would respect its independence and sovereignty and its existing borders and reaffirmed their obligation to refrain from the threat or use of force against the territorial integrity or political independence of Ukraine, and that none of their weapons would ever be used against Ukraine except in self-defence.

Everyone understood that this was really an American promise to deter Russia from seeking to reannex the Ukraine (in whole or in part). For a variety of reasons, the agreement was not submitted to the Senate as a binding defense treaty, creating some ambiguity in the US commitment. This made it particularly important that the diplomatic signal-calling be clear.

A lot has happened since 1994 but the gist of that promise remains. Some level of strategic support for the Ukraine has been an element of a bipartisan policy for a quarter of a century— except now the Ukrainians learn that it is of such little regard to the current Putin-loving, American President, that he would abandon the commitment if he doesn’t get his political dirt.

Other countries and leaders (think, North Korea, think, Iran) are watching too. This conduct provides extraordinary reinforcement to a common, post-Libya narrative—you give up your nuclear program to the US at your peril. In my view, this is one of the key and most dangerous outcomes of Trump’s reprehensible conduct. This is not just an oops-I-crossed-the-line electoral peccadillo but a damaging national security betrayal.

William H. Espinosa is a lawyer with over thirty years international experience working in government and law. He works on behalf of chidren’s rights as Executive Director of Youth Advocate Program International and is the author of the eco-thriller, Warming! Bill lives in Charlottesville, VA.