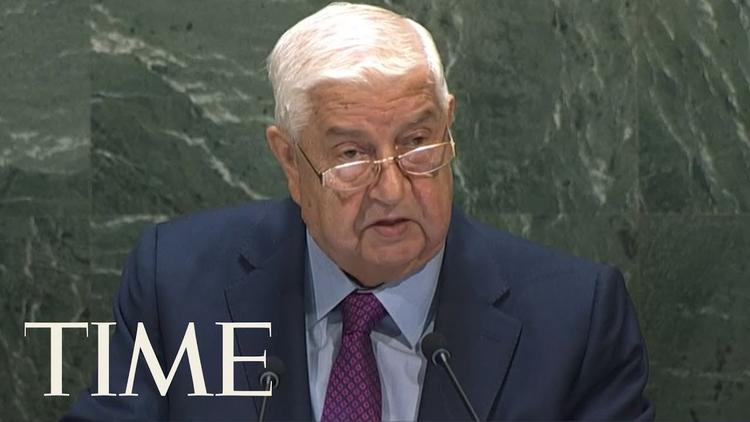 Is America a bully?

As a scholar, under the auspices of the Military Intervention Project, I have been studying every episode of U.S. military intervention from 1776 to 2017.

Historically, the U.S. advanced from a position of isolationism to one of reluctant intervenor, to global policeman. Based on my research since 2001, I believe that the U.S. has transformed itself into what many others view as a global bully.

I do not use the word lightly. But if, by definition, a bully is someone who seeks to intimidate or harm those it perceives as vulnerable, then that is an apt descriptor of contemporary U.S. foreign policy.

The decline of traditional diplomacy

During a January press conference addressing the crisis in Venezuela, U.S. National Security Advisor John Bolton’s legal pad notes indicated that he felt that sending 5,000 American troops to Colombia was the preferred method to solving the presidential crisis in Venezuela.

What began as social, economic and political crisis under former president Hugo Chávez has continued into the presidency of Nicolás Maduro; who is now being pressured to step down through mass civic protests and constitutional challenges. The U.S. has struggled to respond effectively. Part of the difficulty is that the U.S. has not had an ambassador in Venezuela since July 2010.

Historically, as a reward for those with deep donor pockets, political appointees made up only 30% of U.S. ambassadorial appointments, leaving 70% of the posts to career diplomats. Under the current administration, that proportion is nearly reversed.

The professional corps of foreign affairs bureaucrats has also diminished. According to the Office of Personnel Management, under the Trump administration, the State Department lost some 12% of employees in the foreign affairs division. Its remaining diplomats are increasingly isolated from the formation and implementation of U.S. foreign policy, with foreign policy being established much more often by the executive branch, and then implemented by the Department of Defense.

From the perspective of conservative U.S. political elites, U.S. diplomacy has not suffered. Rather, its quality has shifted from often hard-headed and hard-won negotiations among career diplomats in possession of in-depth local knowledge – what we political scientists think of as traditional diplomacy – to what I have elsewhere referred to as “kinetic diplomacy”: “diplomacy” by armed force unsupported by local knowledge.

Looking at the overall use of U.S. armed force abroad, it’s clear that the U.S. has escalated over time as compared to both small and great powers.

In our database, we note every hostile incident. We rate each country’s response on a scale from 1 to 5, from the lowest level of no militarized action (1), to threat to use force, display of force, use of force and, finally, war (5). In some cases, states respond; in others, they don’t.

Consider Mexico. Data from the Military Intervention Project reveal that the U.S. has been far more likely to attempt to resolve conflicts with Mexico by the use of armed force than has Mexico in its disputes with the U.S.

Granted, the U.S. has become dramatically more powerful in military terms than Mexico, but power in the more traditional sense is not as critical in interstate relations as it once was. Increasingly, smaller states have been able to frustrate the objectives of larger ones.

Nevertheless, our data make clear why so many Mexicans had come to think of America as a belligerent bully.

With Mexico, for instance, the U.S. frequently resorted to the use of force. Often, Mexico didn’t even offer a response to armed U.S. action. From 1806 to 1923, Mexico engaged in 20 interactions with U.S. with varying levels of hostility, while the U.S. engaged in 25, and with higher levels.

Since the end of the Cold War, U.S. levels of hostility have continued to increase. In fact, during the Cold War, the U.S. was relatively less hostile. But once the Soviet Union and its bloc went bust, the U.S. began to engage its armed forces more intensely and more frequently.

Just as with Mexico, U.S. resort to force against Iran is consistently higher than Iran’s use against the U.S. While our database records 11 hostile engagements from Iran directed at the U.S. from 1953 to 2009, the U.S. intervened in Iran 14 times.

Of course, Mexico and Iran are relatively small powers compared to the U.S. But what of China?

As with Mexico and Iran, the U.S. resort to force is much more consistent and at higher levels toward China than vice versa. From 1854 to 2009, the U.S. intervened nearly twice as much in China as China did in the U.S. Our database records 17 incidents for China and 37 for the U.S.

In terms of the country’s global reputation, being a bully is not paying off. A February survey revealed 45% of global respondents viewed U.S. power and influence as a major threat to global security, with the largest shares originating in South Korea, Japan and Mexico – notably all U.S. allies.

The U.S. is now seen globally as a bigger threat to global prosperity and peace than China and Russia.

The U.S. is seen as a threat not simply because it has expanded its use of armed force abroad over time, but because at the same time it has abrogated a number of its own core principles of legitimacy.

Among the principles that have been abandoned: The U.S. maintains it has a right to treat “enemy combatants” outside the rules of the laws of armed conflict, while insisting its own armed forces not be subject to international investigations.

It has detained people without trial, sometimes indefinitely and without legal representation.

It has even allowed its chief executive – in this case President Barack Obama – to order the execution of an American citizen abroad without trial.

It has separated young children from their asylum-seeking parents in order to deter other families from seeking asylum, regardless of the validity of their asylum claims.

In short, the U.S. has surrendered its moral high ground. That makes any U.S. use of armed force increasingly appear illegitimate to the residents of other countries, and increasingly our own.

Monica Duffy Toft, Professor of International Politics and Director of the Center for Strategic Studies at The Fletcher School of Law and Diplomacy, Tufts University