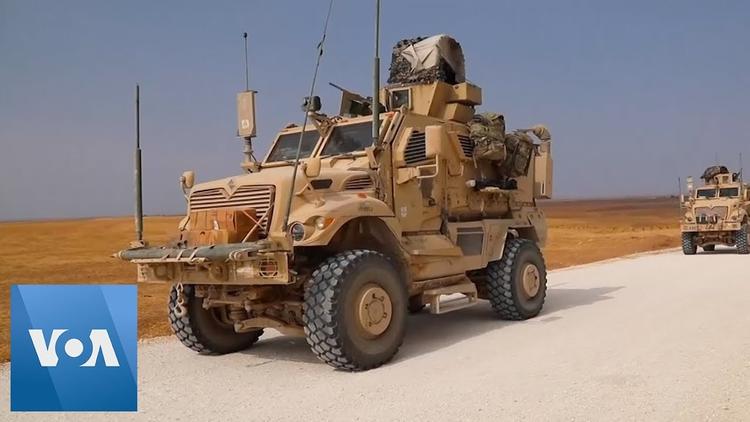 Ann Arbor (Informed Comment) – Although Trump keeps talking about bringing the troops home from the Middle East, that isn’t what he is doing.

There are some 60,000 US troops in and around the Middle East. There is no prospect of any significant number of them “coming home” any time soon.

In fact, Trump just sent nearly 2,000 troops to Saudi Arabia after the attack, attributed by many to Iran, on the Abqaiq oil processing facility.

I guess the difference between Syrian Kurds, whom he abandoned, and Saudi Arabia, to which he’s sending more troops, is about 9 million barrels a day of oil.

Moreover, Trump implies that there are cost savings to bringing the troops home, but he put up spending on the Department of Defense $130 billion a year. The 2015 Defense budget was $586 billion and that in 2019 was $716 billion. Trump wants to go on up to $750 billion. So there is no peace dividend, no extra investment in American infrastructure or bringing factory jobs back. There is just squandering of money on the military. Money invested in the Defense Department produces relatively few jobs compared to what would happen if you invested it in something useful.

So Trump hasn’t saved any money on the military and he hasn’t brought troops home.

Secretary of Defense Mark Esper, or Esperanto as Trump calls him, has announced that all the 1,000 US special operations personnel who had been embedded with the Kurdish-led Syrian Democratic Forces will go to Iraq.

Initially the plan had apparently been to send them to the Incirlik Air Force Base in Turkey, but since Turkey was targeting them with artillery, I suppose someone in Washington figured out that getting them through Turkish lines in the north and then basing them at Incirlik would be extremely awkward. Moreover, since Turkish president Tayyip Erdogan has shown almost no interest in fighting ISIL, Turkey would not be a very welcoming home for US troops so tasked.

In contrast, the Shiite government of Baghdad is extremely worried about a recrudescence of cultic ultra-right Muslim terrorism now that the US is mostly getting out of Syria.

So special operations forces will be able to strike from Iraq into eastern Syria to hit any resurgent ISIL cells. In fact, the Iraqi government has considered doing this itself, and actually launched some such strikes last November.

Just to sum up: 60,000 US troops in the Middle East, with no prospect of the number being reduced or units “brought home” except on ordinary rotations. The 1,000 troops in Syria will mostly relocate to Iraq, not to the United States. More troops have been sent to Saudi Arabia. A $750 billion Defense budget in the offing.

Not coming home. Not saving money. Not creating jobs.

VOA: “US Forces Leave Town as They Redeploy from Syria and Head to Iraq”