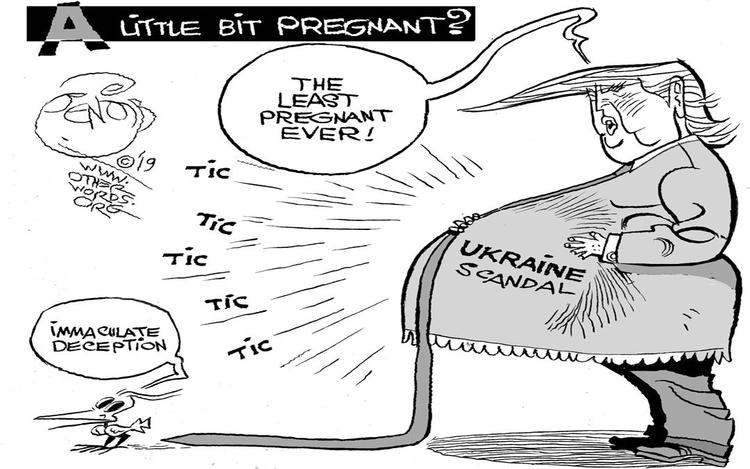 (Otherwords.org ) -Either our system is going to break, or Trump’s finally going to fail. It’s an exhausting drama.

His approach to politics is combative — kill-or-be-killed. If you hit him, he will hit you back harder, no matter what the rules of the game are.

That might be a great strategy in a WWE ring. It’s less good in life.

Trump gives demeaning and sometimes racist (“Pocahontas”) nicknames to political opponents. He never apologizes, even when he has been caught admitting to sexual misconduct with women (and been accused of plenty more by a host of women) or making fun of a disabled person.

He appears to believe you are either the winner or the loser, and he must be the winner. His only strategy has been brute force. And he doesn’t seek out solutions in which all parties win.

This approach has been very destructive on the policy front. But it’s not clear whether it’s going to work for him in the long term.

He kicked off his reign with a host of executive orders attempting to strong-arm the government into bending to his will while bypassing Congress. He silences climate scientists. He appointed Betsey DeVos.

After being investigated for collusion with Russia, he appears to have attempted to pressure Ukraine into digging up dirt on his political opponent in the next election.

And now we find out that he pressured the prime minister of Australia to help his attorney general, William Barr,discredit the Mueller investigation.

Does he not understand how the government works? He seems to be missing some key lessons about the Constitution, Congress, and oversight.

I am not suggesting that it would be better if he enacted his platform of climate denial and opposing immigration through more shrewd, yet Constitutional means. I would like to see more compromise, moderation, and humaneness in how this administration operates.

I don’t wish for him to be more competent at achieving an agenda I believe is harmful. However, I am somewhat baffled at why the sitting president of the United States repeatedly attempts to circumvent democracy even after getting politically dragged for it.

Perhaps that’s because, up to a certain point, it’s working. The man’s still president. He’s getting at least some of his agenda accomplished, even if it’s only in the form of stalling progress on fighting climate change and other forms of throwing wrenches into anything he doesn’t like.

And he gets to meet world leaders and feel very important. (Reportedly the clever ones have figured that making him feel important is a useful tactic for manipulating him.)

He still gets crowds of adoring fans at rallies — even if the host city’s government simultaneously publishes a statement opposing him.

Donald Trump’s presidency feels like a test to push the limits of our Constitution, to find its weaknesses, and see if it truly protects the liberties and principles it was designed to protect.

Personally, I’m ready to be done waiting with baited breath to see if the Constitution holds up to these assaults. It would be less exhausting to trust that we had a leader who believed in it.