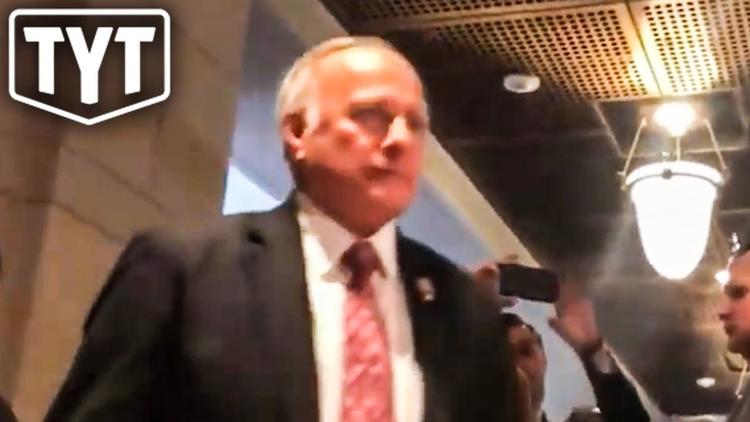 (Informed Comment) – Is a candidate a centrist? This question matters because many voters like to think of themselves as moderates or centrists. Other voters, not heavily engaged in the political process, are responsive to labels. Therefore the candidate who captures the label in the eyes of the corporate media has a leg up. But before accepting media designations more careful scrutiny of the candidate and the historical context is in order. The question of who is a centrist should be broken down. How do the views of the candidate stack up against grass roots perspectives, consensus views within the beltway, and historic or international norms.

By these standards the Republican Party is as extreme as any major party in our history. Given the unpopularity of its views not surprisingly it has ceased any pretense of practicing parliamentary democracy. And recognizing its own isolation many members of the party are willing to countenance any available means to hold power and promote its agenda. Applying comparable standards one can reasonably conclude that the Sanders campaign stands well within the confines of earlier democratic reform movements. Consider Sanders on Social Security.

“Social Security is the most successful government program in our nation’s history. Before Social Security was signed into law, nearly half of our senior citizens lived in poverty. Today the elderly poverty rate is 8.8%…Social Security is not just a retirement program. It is an insurance program that protects millions of Americans who become disabled. Incredibly, the only source of income for about 3 million persons with disabilities is a Social Security Disability Insurance (SSDI) benefit that averages just $35 a day. Today, 28.5 percent of disabled Americans are living in poverty. We have got to do a lot better than that.

Sanders wants to increase the benefits that lifetime low-income workers will receive so that they’ll be higher than the national poverty level. He would finance the provisions by increases in taxation of the income above the current Social Security tax cap.

This of course brings up the question of the popularity of the Social Security system itself and of progressive taxation. Here once again Sanders is not the radical extremist. It is the Republican Party that has abandoned the center. The party has abandoned even its own voters.

Consider the following assessment of Social Security: “Should any political party attempt to abolish social security, unemployment insurance and eliminate labor laws and farm programs, you would not hear of that party again in our political history. There is a tiny splinter group, of course, that believes that you can do these things. Among them are a few Texas oil millionaires, and an occasional politician or businessman from other areas. Their number is negligible and they are stupid.” These are the words of Dwight David Eisenhower.

Eisenhower was a fiscal conservative. He viewed government debt as evil. Nonetheless he supported expansion of Social Security. In this sense Sanders carries on the tradition of the moderate Republicanism, which, like much of the New Deal was borne of an effort to preempt more radically redistributive agendas, even Communism.

Even Sanders’s “radical” Workplace Democracy Plan, which advocates ‘just cause’ legislation prohibiting employers from firing workers for anything other than their performance on the job, would only secure rights that many union members had once gained through collective bargaining during the post World War II era.

How many Republicans would carry the torch of a robust Social Security or a reinvigorated labor relations act today? Even many Democrat hide their antipathy to Social Security behind loose and misleading talk about its future bankruptcy. And labor’s purported Democratic friends on the Hill seem never to make labor a legislative priority.

The DC political center today was born from and contributes to an extremist movement, a counterrevolution against the New Deal liberalism that dominated US politics from Truman through the first two years of the Carter Administration. Andrew Bacevich, drawing on the work of Yale Law professor Samuel Moyn, argues:

“members of the post-Cold War political mainstream… share a common worldview. They believe in the universality of freedom as defined and practiced within the United States. They believe in corporate capitalism operating on a planetary scale. They believe in American primacy, with the United States presiding over a global order as the sole superpower. They believe in “American global leadership,”which they define as primarily a military enterprise. And perhaps most of all, while collecting degrees from Georgetown, Harvard, Oxford, Wellesley, the University of Chicago, and Yale, they came to believe in a so-called meritocracy as the preferred mechanism for allocating wealth, power, and privilege. All of these together comprise the sacred scripture of contemporary American political elites.”

This evolving counterrevolution may be popular or even beyond dispute in DC, but it hardly fares well among the electorate today.

Taxation of the rich, along with a whole set of universal programs, are very popular among the electorate if not the DC crowd. In a recent op ed Columbia University law professor Tim Wu points out:

“About 75 percent of Americans favor higher taxes for the ultra-wealthy. The idea of a federal law that would guarantee paid maternity leave attracts 67 percent support,” Wu noted. “Eighty-three percent favor strong net neutrality rules for broadband, and more than 60 percent want stronger privacy laws. Seventy-one percent think we should be able to buy drugs imported from Canada, and 92 percent want Medicare to negotiate for lower drug prices. The list goes on.” One could add that several polls suggest support for Medicare for All even among Republicans.

It is not primarily gridlock or voter polarization that is preventing progressive legislation from passing. Nor can lack of action be blamed on a purportedly extremist Vermont Senator. As Lambert Strether of the blog Naked Capitalism points out: “{Delaware} Supreme Court chief justice, Leo E. Strine, Jr., is a highly influential and outspoken voice on corporate law…[He argues]. ‘When people talk Bernie Sanders as if he’s a communist, they show a profound ignorance’ of the market and of history..…Sanders’ proposals…[are] not actually radical from a historical or global perspective. Sanders is actually a centrist by the standards of some of our closest and most prosperous European allies.”

One party regards blocking any progressive reform legislation as its reason for being. That party is represented by a Senate and filibuster rule bought and paid for by wealthy corporations and wealthy citizens. To paraphrase an extremist of another generation, moderation in defense of an oppressive status quo is no virtue; extremism in defense of justice is no vice. A regime that cannot defend itself deploys simplistic, inflammatory labels to discourage citizens from even contemplating any challenges to its rule.