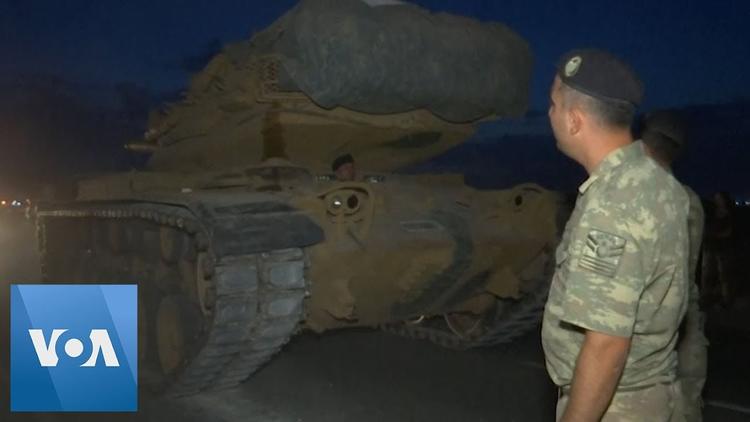 US President Donald Trump’s precipitate announcement he was withdrawing American forces from northeast Syria to enable Turkey to assert its authority along the border risks wider regional bloodshed – and further destabilisation of one of the world’s most volatile corners.

If implemented against a furious pushback from his own side of politics, the Trump decision threatens a region-wide conflagration. These are the stakes.

Trump has given contradictory signals before on the same issue. It remains to be seen whether he gives ground again after what appears to have been a hasty, certainly ill-considered, decision following a phone conversation with Turkish leader Recep Tayyip Erdogan.

Now under enormous stress from his own side, Trump is resorting to bombast. He tweeted:

Leading the charge against the Trump decision is his close ally, South Carolina Senator Lindsey Graham. He has threatened to introduce a Senate resolution opposing the administration’s decision, describing the move as a “stain on America’s honour”.

Like plucking a thread from a finely woven Turkish rug, the administration’s announcement effectively to abandon a Kurdish militia could lead to a complete unravelling of that part of the Middle East in which various forces have collided since the Syrian civil war broke out in March 2011.

America’s Kurdish allies, the Syrian Democratic Forces (SDF) militia arm (known as the YPG), would be at the mercy of a Turkish thrust across the Syrian border into territory the Kurds now control.

Turkey has made no secret of its intention to create what it is calling “safe zones” up to 30 kilometres inside the border in northeast Syria. This would enable it to relocate tens of thousands of Syrian refugees among the 3.6 million on Turkish soil.

In the face of such a Turkish move, the YPG would be hard put to hold sway against both Turkey’s military and Islamic State fighters seeking to take advantage of militia weakness in the absence of US support on the ground and in the air.

The ABC reports that something like 70,000 members of Islamic State or their supporters are being held in camps in SDF-controlled territory. Around 60 people of Australian origin, including children, are in this situation.

Thousands of IS militants are being held in prison camps in SDF-controlled territory. These fighters have already sought to stage mass breakouts from prison facilities.

The situation along the Turkish-Syria border is, by any standards, an explosive mix.

At the same time, Syrian forces of Bashar al-Assad, backed by Iran and Russia, would inevitably be poised to take advantage of chaos and regain territory lost in the civil war. This is a highly destabilising scenario.

In other words, Trump’s announcement could hardly portend a more worrisome outcome in a part of the world riven by years of conflict.

The US announcement also sends a disturbing signal to the wider Middle East that the Trump administration is intent on pulling back from its commitments in an unstable region.

Confidence in American steadfastness is already precarious due to Trump’s repeated statement that America wants to remove itself from “endless” wars in the Middle East.

In a Twitter message early this week that amplified a White House announcement, Trump said it was time for the US to withdraw from “these ridiculous Endless Wars”.

Trump also attacked European allies over their failure to take back their nationals among IS fighters held in SDF-run detention centres in northeast Syria. Some 10,000 prisoners are being detained.

This is a situation ripe for Iran’s Revolutionary Guard Corps (IRGC) and Vladimir Putin’s Russia. The latter is seeking to reassert itself in a region it regards as its own sphere of influence. Moscow’s support for Damascus is part of this regional power play.

These are telling moments. Signs of an apparent American lack of commitment might well encourage Iran and Russia, as well as Islamic militants such as IS and al-Qaeda. These groups have been biding their time.

None of America’s regional friends, including Gulf states and Israel, will draw any comfort at all from the Trump decision – if implemented – to head for the exit.

By any standards, this is a mess of Trump’s own making.