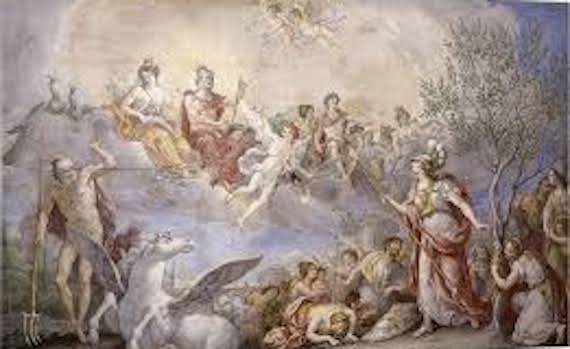 Ann Arbor (Informed Comment) – Scott A. Kulp and Benjamin H. Strauss have published an extremely alarming set of conclusions in Nature in which they recalculated the likely impact of sea level rise in this century on coastal populations. Previous measurements by NASA satellites of how high above sea level coastal areas are, were inexact because of “vertical bias.” Their recalculation triples the number of people at risk from the rising seas’ impact on coastal populations.

Their new numbers are that one billion people occupy coastal land that is less than 10 yards/ meters (roughly 30 feet) above high tide lines. A quarter of those, 250 million, occupy land that is below one yard / meter (3 feet). The latter are already drowned, they just don’t know it yet.

What this conclusion means for people’s lives depends in part on how much carbon dioxide we spew into the atmosphere every year. If we can much reduce it, fewer people will be affected. If we go full bore burning coal, petroleum and natural gas with no care for the future, it will produce a worst case scenario.

All this is why doom and despair is our enemy. If we throw our hands up that the future is just too difficult so we won’t bother to buy an electric car or bother, those of us who are homeowners, to put up solar panels, or write our politicians pressuring them to vote for green measures, then the angry seas will win. We can affect the future, and we must act.

In Greek myth, an epic battle played out on the Acropolis above Athens between Athena, the goddess of wisdom and security, and Poseidon, the god of the sea. He took his trident and struck a rock with it, so that a spring flowed forth. Athena replied by hitting her spear on the ground so that an olive tree grew up. She won. Poseidon, the ocean, wanted to drown Attica, but Athena greened it instead by making trees grow.

Quarrel Between Athena And Poseidon, By Giambattista Mengardi, 1787

Athena now has to be the patron saint of us all.

In that worst case scenario, they conclude that 350 million people will be living below the flood line by 2050, and 630 million by 2100. These estimates are triple NASA’s previous calculations. 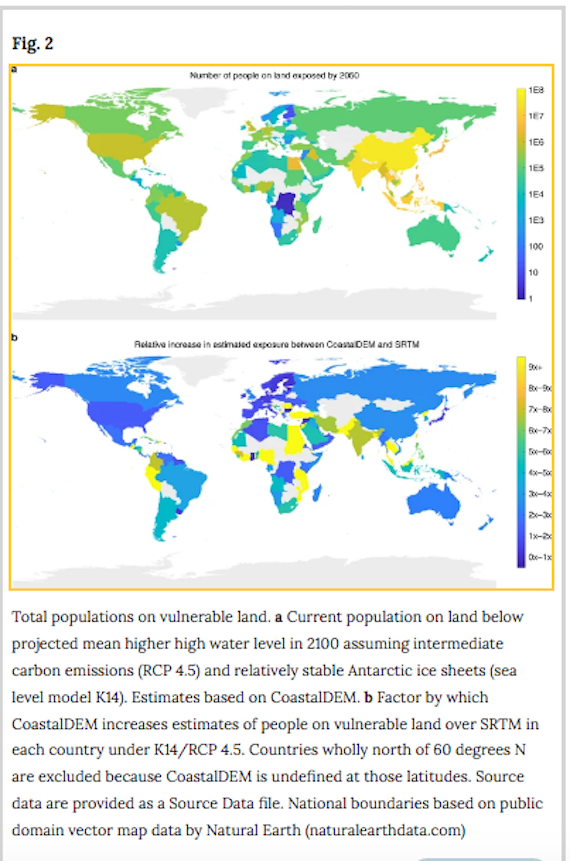 Note that living below the flood line is only the beginning. Hundreds of millions more will be vulnerable to storm surges.

While the Intergovernmental Panel on Climate Change (IPCC) concluded that sea level will rise 3-4 feet in the next 80 years, the authors point out that it could go to six feet (2 meters), depending on how unstable the Antarctic ice sheets become. (The ice sheets themselves aren’t the issue, but they hold back enormous glaciers, some of which could raise sea level several feet all by themselves if they plop in.)

What they are saying is that hundreds of millions of people living near the coast in China, Bangladesh, Indonesia and Thailand are at extreme risk (not to mention New York, Miami and New Orleans). 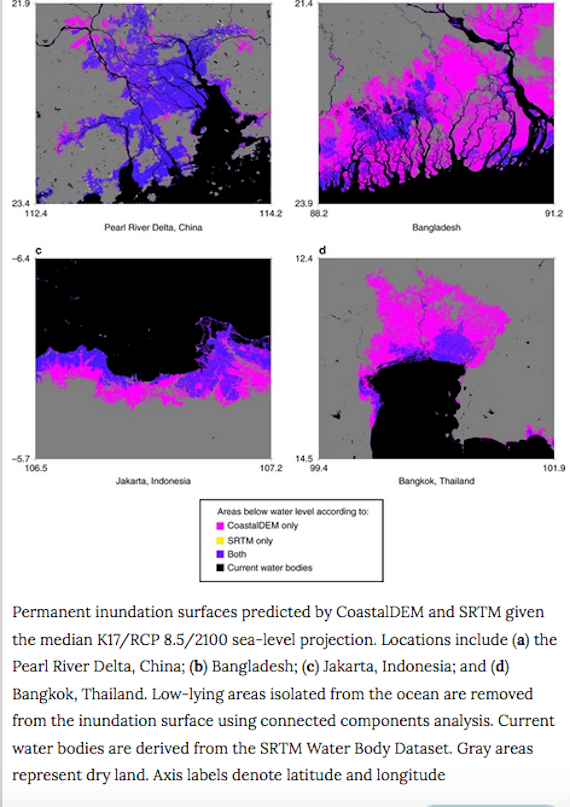 “If our findings stand, coastal communities worldwide must prepare themselves for much more difficult futures than may be currently anticipated. Recent work has suggested that, even in the US, sea-level rise this century may induce large-scale migration away from unprotected coastlines, redistributing population density across the country and putting great pressure on inland areas60. It is difficult to extrapolate such projections and their impacts to more resource-constrained developing nations, though historically, large-scale migration events have posed serious challenges to political stability, driving conflict61. Further research on global-scale modeling of the timing, locations, and intensity of migratory responses to increased coastal flooding is urgently needed to minimize the potential human harm caused by such threats.”