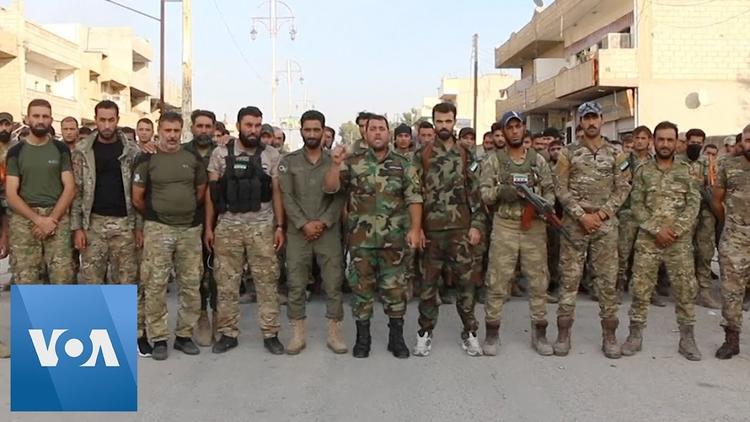 Although the Turkish offensive in north-east Syria has ceased for five days, concerns are mounting over the humanitarian impact of the operation to push Kurdish-led forces, which Turkey regards as terrorists, out of the area. Ankara’s plan to resettle millions of refugees into the area and its president’s threat to flood Europe with refugees has alarmed the international community.

Turkey’s advance in Syria followed immediately after President Donald Trump announced the withdrawal of US troops from the Kurdish-held area; effectively cleared the way for Ankara’s operation. Professor Selcuk Colakoglu, director of the Ankara-based Turkish Centre for Asia Pacific Studies, said that there were ongoing negotiations to build a safe zone in northern Syria between Ankara and Washington since early August and “as far as we understand, President Trump gave President Erdogan the green light to a limited Turkish operation between those two Syrian towns at the length of 120 kilometres and 32 kilometre depth from the Turkish border.” Trump, he added, will keep the Turkish military operation “within these limits”.

Erdogan than unveiled the plan to settle two million displaced Syrians in a 30 kilometre wide safe zone, at the 74th session of the United Nations General Assembly last month. According to Turkish Daily News, Ankara proposes the building of 140 villages which would host 5,000 people spreading over 10 districts. Although Erdogan has not mentioned the costs of this large-scale project, Turkish media calculated that it would cost more than $20 billion. Turkey hosts the largest number of refugees in the world (3.6 million) and it has so far spent $40 billion on the refugees, according to official figures.

Despite receiving some $6 billion in aid from the EU, the refugees have become an ever-greater burden on Turkey as it battles economic recession and high unemployment. The rise of nationalism and anger among Turks has cost Erdogan a victory in local elections in March.

According to Colakoglu, Erdogan is aiming to change the Turkish public focus from economic issues to national security to increase his support. He explained that if the Turkish government can build a safe zone and resettle around one million Syrian refugees from Turkey there, it will be a positive message to the Turkish people that the AKP-MHP government is sending the Syrians back. Furthermore, building housing projects in the safe zone may boom construction and re-energise the troubled Turkish economy.

However, despite Turkish official claims that the recent action aims to mitigate a humanitarian crisis, many believe the resettlement plan risks creating a far larger one. This large-scale resettlement will have serious impacts on the ethnic map of northern Syria as new settlers – mostly Sunni Arabs – would outnumber the indigenous population. This will create new tensions and very possible fierce resistance from the residents of northeastern Syria, many of whom are descendants of tens of thousands of Kurdish, Armenian and Assyrian refugees who left Turkey during the turbulent years of the dissolution of the Ottoman Empire and the creation of modern day Turkey.

Many fear that Kurds will suffer a similar fate to those in Afrin, who were simply expelled from the region after the Free Syrian Army and the Turkish Army took control of it. It is believed that the Turkish “safe zone” will be an introduction to ethnic cleansing, as the implementation of the Turkish plan, according to some, could be achieved only through expelling the Kurdish population. However, Kristian Brakel, country director for Turkey at the Germany based Heinrich Böll Foundation, said that we can only speculate about this. “First and foremost, the zone is supposed to provide a buffer in case the Idlib enclave is overrun and to alleviate domestic pressure in Turkey over the refugee issue,” he told MEMO.

He questioned who would be able to fund Turkey’s plans in the area as Ankara lacks the necessary finances and donors, like the EU, need to be very careful not to become complicit in war crimes. After all, European Commission President Jean-Claude Juncker openly criticised the Turkish agenda saying: “If the plan involves the creation of a so-called ‘safe zone’, don’t expect the EU to pay for any of it.”

However, according to Brakel, it is very likely that in the end this will be a zone to take in refugees from Idlib where they will be housed under miserable and unsafe conditions.

Furthermore, the suggested “safe zone” is already quite densely populated with some 800,000 inhabitants of which some of 650,000 are Kurds. The undeveloped region consisted of small cities which face water shortages and it is rather unclear how Turkey intends to provide for the basic needs of an additional one or two million inhabitants.

READ: The Kurds may well have ‘no friends but the mountains’, but they do have Israel

As a result, Brakel believes the Turkish plan would not only be dangerous, as it might threaten a post-war order in Syria, it would also be illegal under international law. He added that “international humanitarian law prohibits the transfer of populations into areas under military occupation if it could threaten the demographic composition of an area.” The land is owned by people from the area, he added, who have fled the fighting.

The transfer of refugees would also put into question the EU refugee deal which assumes that Syrians will not be deported from Turkey.

Without support from either the US-led Western bloc or approval from the Russian-Iranian-Syrian alliance, Ankara may face huge difficulties in building the safe zone. The recent truce agreement, announced by the US last week, is a big win for Turkey. It appears that Erdogan has succeeded in convincing the US of the legitimacy of its claims, including the creation of a “safe zone” under its control. It is, however, unclear to what extent he will implement his initial resettlement plans.

A total US retreat from Syria would also leave Ankara no longer able to maintain its leverage by being a balance between Moscow and Washington. Russia will then be able to gradually force Turkey to hand over control of Idlib, Afrin, Jarablus, Tal Abyad and Ras Al-Ayn to the Syrian government.

If Turkey breaks the ceasefire deal, Trump has two economic cards in his hands: the case against Turkish state lender Halkbank for allegedly breaking Iranian sanctions and sanctions as a result of Ankara’s decision to purchase Russia’s S-400 missiles.