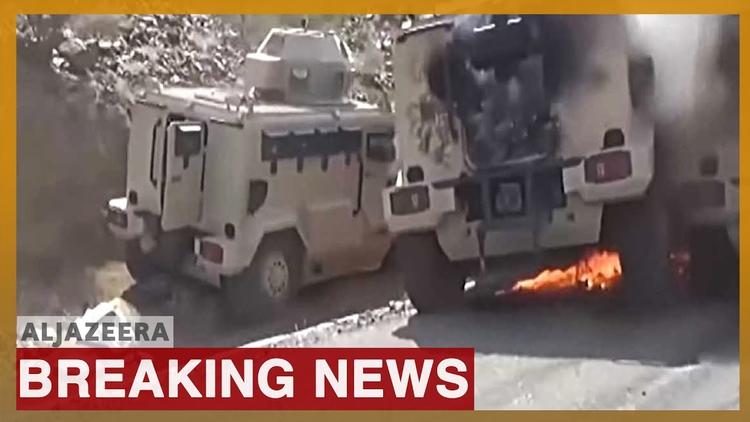 The 14th century Arab historian Ibn Khaldun is famed for his treatise Al-Muqqadimah and is regarded as “the father of social science”; he wrote about the rise and fall of states and civilisations. Tunis-born, his ancestors hailed from Yemen’s Hadramawt. He is notable for popularising the notion of ‘asabiyya which refers to social solidarity, group consciousness and political power. Ibn Khaldun put forth the argument that the strength of ‘asabiyya within a state corresponds to the political stability of that state. The origins of this concept of “clannism” ultimately lie in the harsh desert conditions where tribal affiliations are essential for survival, and has even been mentioned in the ahadith (sayings) of Prophet Muhammad (peace be upon him), although understood in the context of discouraging racism and nationalism.

However, the theory, as described on nybooks.com, postulates that, “When nomadic tribes unite, their superior cohesion and military prowess put urban dwellers at their mercy. Inspired as often as not by religion, they conquer the towns and create new regimes. But within a few generations, according to Ibn Khaldun, these victorious tribesmen lose their ‘asabiyya and become corrupted by luxury, extravagance, and leisure. The ruler, who can no longer rely on fierce tribal warriors for his defence, will have to raise extortionate taxes to pay for other sorts of soldiers, and this in turn may lead to further problems that result in the eventual downfall of his dynasty or state.”

The above scenario arguably applies to the founding of the first two Saudi states which ultimately led to the establishment of the Kingdom of Saudi Arabia in 1932. The unification of the Arabian peninsula under Abdul Aziz Ibn Saud was largely due to the conquests by the fierce Wahhabi Bedouin warriors known as the Ikhwan — Saudi loyalists who would later be organised into the Saudi Arabian National Guard (SANG) — and, of course, the declining Ottoman empire. Only the staunch Zaydi Shia of Yemen and the resilient Ibadi of Oman were left untouched, having both resisted Wahhabi raids.

It appears to be a different story now.

Despite being the best-equipped in the Gulf, the quality and performance of the oil-rich kingdom’s armed forces leave a lot to be desired. As Foreign Policy stated, they are largely inexperienced with a limited track record, leaving them unprepared for the current conflict in Yemen, which appears to serve as “military practice” for the Saudis. Furthermore, in a 2017 presentation, US Major General Frank Muth, who served as Programme Manager for the SANG, spoke of the deficiencies in training and high casualty rates among the troops. Undoubtedly, the five year campaign against the Houthis of Yemen has achieved very little strategically other than contributing to the world’s worst humanitarian crisis. Critically, the Saudis are increasingly relying on mercenaries, particularly from Sudan, Pakistan and Yemen itself, to protect their fraught, porous southern borders. Former-Pakistan Army chief Raheel Sharif is also involved as commander of the Islamic Military Counter Terrorism Coalition.

The “rag-tag” rebel Houthis for their part are still highly tribal orientated; indeed, the Zaydi movement is named after the prominent Al-Houthi family which founded the “AnsarAllah” in the northern province of Saada. They are also fierce fighters and battle-hardened, having waged six on and off wars against the Yemeni government between 2004-2010. They have also had previous engagements with Saudi forces in 2009, again with few achievements on the latter’s part; the Guardian observed at the time that, “The Saudis are unlikely to succeed militarily in Yemen. Yemen’s army of 700,000 could not suppress the Houthi rebellion, despite five attempts since 2004. Now they are leaving Saudi Arabia’s untested army of 200,000 men to do the job for them.”

Supporters of the Houthis participate in a march to mark the 5th anniversary of the Houthis’ control of the Yemeni capital Sanaa, on 21 September 2019 [Mohammed Hamoud/Anadolu Agency]

As the Houthis have carried out their own aerial attacks on Saudi Arabian territory – including the audacious drone and missile strike on the Aramco oil facilities attributed to them — and have recently increased their cross-border raids against Saudi forces – most notably with the contested claims of having captured thousands of Saudi troops and mercenaries in addition to seizing munitions, territory and overrunning military bases in Najran province — it would be interesting to see how irregular, tribal warriors from the Arab world’s poorest nation pitted against the wealthiest kingdom in the region fit into Ibn Khaldun’s theory of the decline of the state. The presence of Canadian LAV-25 model light armoured vehicles in Houthi footage of their “Operation Victory from God” in Najran does suggest that the SANG were among the casualties or those captured in the raid. Furthermore, it has been argued in one publication that “Hezbollah-style harassment campaigns” along the border account for much of the Houthis’ tactical success.

I would go as far as to contend that the province of Najran represents the weakest link for Saudi state security; not only has the province witnessed numerous Houthi raids, but the loyalty of the province’s subjects is also suspect, given its modern history. Najran, along with the Saudi provinces of Asir, Jizan and Al-Baha were historically territories of Greater Yemen and formed part of the Zaydi Mutawakallite Kingdom before being annexed by the fledgling Saudi kingdom following the Saudi-Yemeni war in 1934. It is perhaps ironic to note that, during the hostilities of 1934, the “immensely rich” Zaydi Imam Yahya underestimated the “poor” upstart Ibn Saud and famously declared, “Who is this Bedouin coming to challenge my family’s 900 year rule?”

Najran is particularly interesting, not only for its historic Christian heritage, but also that it is one of two Shia majority provinces, along with the Eastern province in the kingdom. Unlike the Twelvers in the east, the Shia in Najran are of the Ismaili branch. In the year following the Saudi-led coalition air strikes, the Washington Institute stated that Najran is a “proud Shiite-majority city” but that the residents have largely been openly supportive of Riyadh’s war in Yemen.

However, this may no longer be the case, and understandably “the last thing the Saudi authorities want is for the Shia of south-west Saudi Arabia to remember that they were once part of a huge, powerful Shia kingdom that stretched south to the Indian Ocean.” There was also the incident of 2000 when Ismailis facing the closure of their mosques by the Saudi authorities took up arms in protest, forcing the governor of Najran, Prince Mish’al, to flee to the local Holiday Inn.

READ: Iran not ‘drawing back’ militarily after Saudi attack-US admiral

In my article on the Zaydi community of Yemen, I concluded that there is perhaps an opportunity for revolutionary ideas to cross the border between the increasingly Iranian influenced Houthis and the local residents of Najran, who Human Rights Watch describe as “second class Saudi citizens”. It is worth mentioning that others have speculated that the “Victory from God” operations in Najran — which involved seizing Saudi territory and capturing three brigades — could not have occurred on such a scale unless, as Juan Cole postulated, “the locals had averted their eyes”. In another article I also presented the theory that the Aramco attacks may have been carried out with assistance and reconnaissance provided by the local Shia population in the Eastern province.

If tweets by Saudi whistle-blower Mujtahidd are to be believed, Crown Prince Mohammad Bin Salman made plans to visit the Najran “front line” in a public relations show to dispel low morale among troops arising from feelings that they have been neglected, with some reportedly having hurled curses and insults at the royal family. There is strong reason to believe that Najran represents a vulnerability in the kingdom from a geo-political perspective. It could well be the fault line as much as the front line. The oil facilities and their lack of defence capabilities, as we have seen, also illustrate weaknesses in the kingdom. It may be the reason why Saudi air strikes have decreased significantly over the past few days, following a truce initiative by the Houthis, with veiled threats for continued responses to the strikes.

Although Saudi Arabia is not an empire, the fall of Rome in the 5th century offers many insightful parallels with the current state of the kingdom, chief among them being the reliance on disloyal “barbarian” mercenaries to protect their borders against the “barbarian hordes”; a declining economy; and higher taxation. Roman society became indolent and comfortable and adopted and promoted a form of Christianity which was intolerant to other cultures and religions. Sound familiar? As Ibn Khaldun once said, “The past resembles the future more than one drop of water resembles another.”

Omar Ahmed has an MSc in International Security and Global Governance from Birkbeck, University of London. He has travelled throughout the Middle East, including studying Arabic in Egypt as part of his undergraduate degree. His interests include the politics, history and religion of the MENA region.