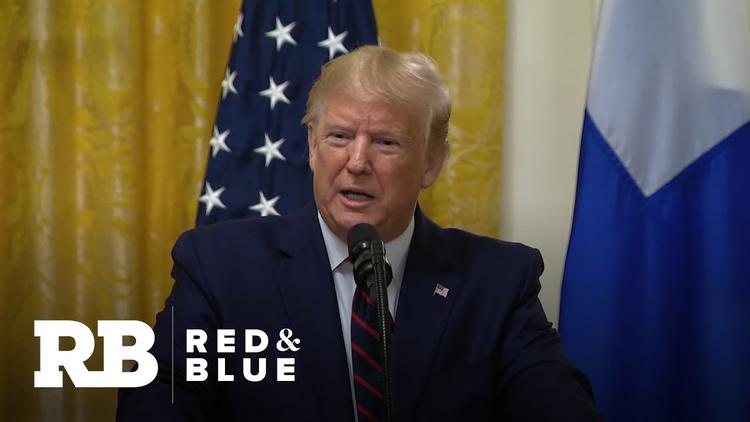 The next 13 months will see American politics completely dominated by the fate of Donald Trump. As the House of Representatives moves towards impeaching him, leading to a hearing which then moves to the Senate, the Democrats will be engaged in an increasingly bitter contest for the nomination to run against Trump in the November 2020 elections.

At this stage, it appears there are the numbers in the house for impeachment, which entails formally charging the president with “high crimes and misdemeanors”. Their indictment then moves to the Senate, which can remove the president by a two-thirds majority, in a hearing chaired by the chief justice.

Because 2020 is an election year, both sides will manage proceedings with an eye to the November poll. It is possible the house will vote before the end of the year: the decision to impeach Bill Clinton for lying under oath was made in the last three months of 1998.

Clinton was cleared by the Senate by the following February, so it is also possible the Senate will hold its own proceedings before most of the presidential primaries commence. It takes two-thirds of the Senate to remove a president from office, which has never happened.

While several Republican house representatives have expressed concern about the president’s behaviour, the overwhelming majority of Republican politicians are either supporting him or remaining silent.

Rather as Boris Johnston seems to have captured the British Conservative Party, so Trump has imposed himself on the Republicans. Those who three years ago assailed his unfitness for the presidency, such as Lindsey Graham and Ted Cruz, are now his loudest defenders. Meanwhile, several of his opponents are withdrawing from political office.

However, Senator Mitt Romney, Republican candidate for president in 2012, has indicated his disquiet, which is almost certainly shared by others. If the house uncovers more apparently illegal activity on Trump, and if public opinion seems to be turning against the president, there are several other senators who may follow, if only to preserve their own positions. Republican senators are facing re-election in states such as Colorado, Iowa, Maine and North Carolina, where they are increasingly vulnerable.

There is an odd historical parallel with the history of Senator Joe McCarthy, who led increasingly virulent anti-Communist crusades in the early 1950s and whose protégé, Roy Cohn, in turn influenced Trump.

Eventually, Republican senators turned on McCarthy, and censured but did not expel him. But this happened only once it was clear that public support for McCarthy was collapsing, which is so far not evident for Trump.

Faced with possible impeachment and loss of support, Richard Nixon resigned. It is difficult to see Trump doing this – it is more likely he will become even more irrational and vengeful as the process winds on. Right-wing media will echo the president’s claim that the impeachment hearings represent treason, with real danger of violent clashes between supporters and opponents of Trump.

For the Democrats, the best outcome would be a split within Republican ranks, which leaves Trump in office but weakened and vulnerable to a challenge for re-nomination. Removing Trump would place Vice President Mike Pence in office, and presumably ensured of nomination in 2020.

The dilemma for the Democrats is that the impeachment process will dominate the news cycle as they jockey for position going into next year’s long battle for the presidential nomination. Trump will use the allegations to focus attention on former Vice President Joe Biden, whose son’s business dealings in Ukraine triggered the impeachment inquiry.

Biden may hope this will allow him to emerge as the injured defender of political propriety, but he will be tarnished through guilt by association, and is likely to slip further in the polls. Biden represents some of the traditional working class and African American base of the Democratic Party, and how they react could determine the ultimate Democrat candidate.

At the moment, Elizabeth Warren challenges Biden’s lead in the polls, with Bernie Sanders the only other candidate consistently supported by more than 10% of Democrats. None of the others in a crowded field — 12 have qualified to take part in the next televised Democratic debate — have much support, and they will start to drop out once the primary season begins in February 2020.

If Biden continues to lose support, there is room for someone to emerge as the moderate front-runner, given that both Warren and Sanders represent the more radical instincts of the party. This is presumably why so many candidates are determined to continue campaigning, even when some of them rarely muster 2% in the polls.

Were Sanders’ current health problems to lead to his withdrawal most of his support would presumably switch to Warren. Predictions are risky, and my record is poor. But it is increasingly likely that the Democrats will nominate someone other than an old white man in 2020, betting on a figure like Barack Obama who can galvanise a bitterly divided nation and persuade people to turn out and vote.

CBSN: “Looking back at Week 2 of the Trump impeachment inquiry”