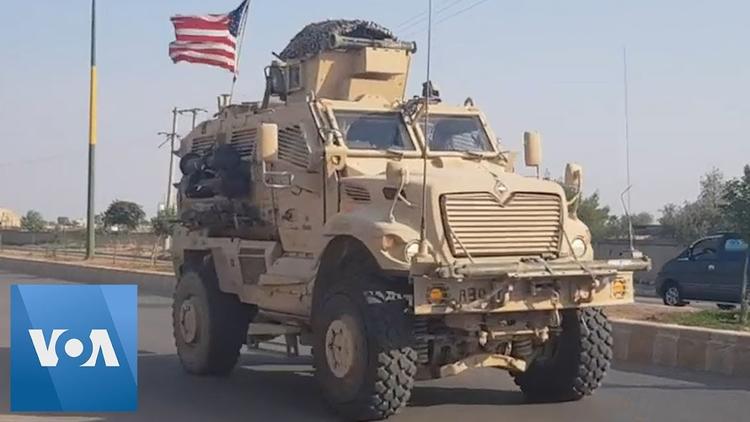 Ann Arbor (Informed Comment) | – NBC reports that a US convoy of light armored vehicles carrying special operations forces has been sighted heading from Iraq into northeast Syria and then south to the oil-rich Deir al-Zor province, with attack helicopters hovering above. You have to wonder if the Kurds pelted them with rotten vegetables again as they passed through Hasaka.

The US military and political establishment was extremely upset by Trump’s withdrawal of 1,000 US troops from northeast Syria, where they had been embedded with Kurdish People’s Protection Units (YPG), much to the distress of Turkey, which views the YPG as a terrorist organization.

Madeleine Carlisle at Time magazine explains that the US destroyed most Syrian oil facilities to deny them to ISIL, and while the Kurdish forces have restored a few, most are inoperative until extensive repairs can be carried out. She quotes experts as highly skeptical that ISIL could retake the oil fields and get anything out of them any time soon.

But her best insight is that Trump has a weird fixation on Middle Eastern oil, having said that the US should have “taken” Iraqi oil before departing in 2011 and insisting that Middle Eastern states should pay the US from oil proceeds for the security umbrella it gives them.

She quotes Dana Stroul as saying that the administration officials who want to keep troops in Syria found a way to manipulate Trump into allowing that by telling him that they would be securing Syria’s oil.

That sounds about right to me.

Meanwhile, Jim Heintz at AP reports that Russia is extremely upset about this return of the American military, branding the seizure of the oil fields in Deir al-Zor an act of “banditry.” He pointed out that Syria oil resources do not belong to the United States.

Russian propaganda websites in Arabic are charging that the US military is actually pumping Syrian oil and exporting it to “other countries.” I presume that they are attempting to stir anti-Americanism by this false accusation, including an implication that the US is giving Syrian oil to Israel.

Meanwhile, Syrian officials are reaching out to Arab states such as Egypt, charging that Trump is using Turkish president Tayyip Erdogan to rip apart the Arab world. The Egyptian government hates Erdogan anyway because of his support of the Muslim Brotherhood, which Cairo brands a terrorist organization. But Syria is attempting to wedge that hatred of Erdogan into a turn toward anti-Americanism in the Arab world.

Russian media is also helping along this perception with its false reports of the US military pumping and exporting Syrian oil to “other states.”

While these ploys are unlikely to wean the Egyptian government away from the US, you can only imagine that US allies in the Middle East are running for the exits after Trump threw the Kurds under the bus, and reevaluating their American alliance.