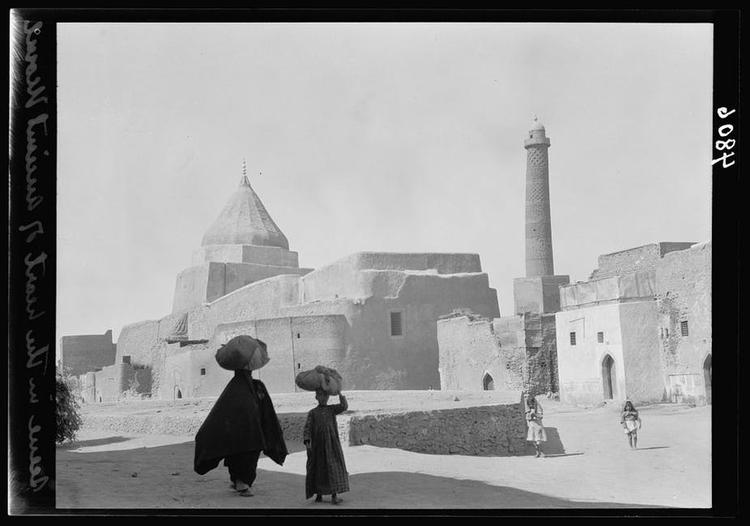 On Yom Kippur each year, as Jews around the world pray for atonement, the biblical Book of Jonah is read in its entirety.

Jews recall the story of how God summons Jonah to go to the city of Nineveh to tell its inhabitants to turn from their evil deeds. At first reluctant, Jonah is famously humbled by God, who causes him to be swallowed by a fish. Jonah then returns to Nineveh; the city repents and is spared from destruction.

The newer, but still ancient, city of Mosul is located next to Nineveh in northern Iraq. The Islamic State, during its occupation of Mosul, deliberately destroyed many of the excavated remains of Nineveh.

As a scholar of Islamic art, I know that such acts of deliberate, ideologically based destruction are unusual in Islamic history. Although today Mosul is famous outside of Iraq primarily as a site of conflict, its rich and diverse history forms an important legacy.

What was lost in Mosul?

The precise date of the city’s foundation is unknown, but at least from the medieval era it was known in the Arabic spoken by Jews, Christians and Muslims in the city as “Madinat al-anbiya’,” or “City of the Prophets,” with dozens of tombs, shrines, synagogues and churches.

Perhaps the most famous of these was the Tomb of the Prophet Jonah, a figure revered by all three faiths alike. For Jews, Jonah is venerated as a symbol of repentance – the reason for which the Book of Jonah is read on Yom Kippur. And in Islam, Jonah evokes the themes of justice, mercy and obedience – seen as exemplary models for human behavior.

There were numerous other sites in Mosul linked to prophetic figures: among them, the Monastery of Elijah or Dar Eliyas, a 1,400-year-old Christian monastery thought to be the oldest in Iraq but also visited by people of many faiths.

The Mosque of al-Nuri in Mosul was founded in the 12th century by one of Islam’s most famous rulers, Nur al-Din ibn Zangi. In the medieval period it was considered the “ultimate in beauty and excellence.” It was famous for its soaring, 150-foot minaret, the tallest in Iraq and nicknamed “al-Hadba’” or “the Hunchback” because it leaned to one side, like an Islamic Tower of Pisa.

Sadly, none of these monuments – neither the tomb of Jonah, nor the monastery of Elijah – survived the destruction of IS. The mosque was destroyed in June this year.

Mosul was also an important center for trade as well as scholarly exchange.

It sat at a key junction on the Silk Road – a rich network of premodern superhighways – stretching over mountains, deserts and plains across three continents – that moved goods from lands that seemed impossibly distant and exotic to those at either end. Mosul itself was known for some of the most luxurious inlaid metalware of the medieval era.

As a center of such exchange, the city was home to a diverse group of people: Arabs and Kurds, Yazidis, Jews and Christians, Sunnis and Shias, Sufis and dozens of saints holy to many faiths.

It was also a center for poets, scholars and philosophers, such as the 10th-century philosopher al-Mawsili and the 11th-century astronomer al-Qabisi, one of a line of famous Mosul astronomers who helped formulate a critique of the Earth-centered model of the universe. That model would eventually make its way to Europe to inform Copernicus’ view of the solar system. Mosul also produced one of Islam’s most famous historians, Ibn al-Athir, who completed his magnum opus, a monumental universal chronicle called “The Complete History,” in the city in 1231.

Important works of mathematics, including a commentary on the Greek mathematician Euclid that was later translated into Latin, were written in Mosul. It was also a center for significant medical advances, including an early description of surgery to remove cataracts.

As mosques were traditionally places of knowledge transmission and learning, it is entirely possible that some of these scholars’ ideas were formulated, discussed and refined within the mosque of al-Nuri’s walls.

Mosul’s medieval past informed its contemporary history as well: In modern times, the city was home to some of the most important museums, libraries and universities in Iraq, including a renowned medical school.

The meaning of the mosque in Iraq

Although the mosque of al-Nuri was transformed over the centuries, it remained a beloved symbol of the ancient city and its diverse heritage. In 1942, much of the mosque, with the exception of the minaret, the prayer niche and some of its columns, went through significant renovation. But the mosque did not lose its value for the citizens of Mosul – in fact, it appeared on the Iraqi 10,000 dinar bill.

In June of 2014, when IS originally captured the city and approached the mosque with explosives, residents of the town formed a human chain around it.

Only a few short weeks later, in a complete about-face, IS leader Abu Bakr al-Baghdadi stood at the pulpit of that same mosque and declared the creation of his “caliphate.”

Mosul past and future

Mosul has already begun to rebuild its damaged mosque, its Jewish shrines and its churches. But for those of us outside Iraq, who today know Mosul largely through newspaper stories of war and intolerance, the loss of these sites will make it that much harder to imagine the diverse intellectual and religious world that once characterized not only Mosul but all of the Middle East.

Although there were conflicts, Christians, Jews and Muslims lived in pragmatic cooperation for much of their history. It was the Christians of the city, after all, who said that the minaret leaned because it was bowing toward the tomb of the Virgin Mary.

This is an updated version of a piece originally published on Sept. 17, 2017.